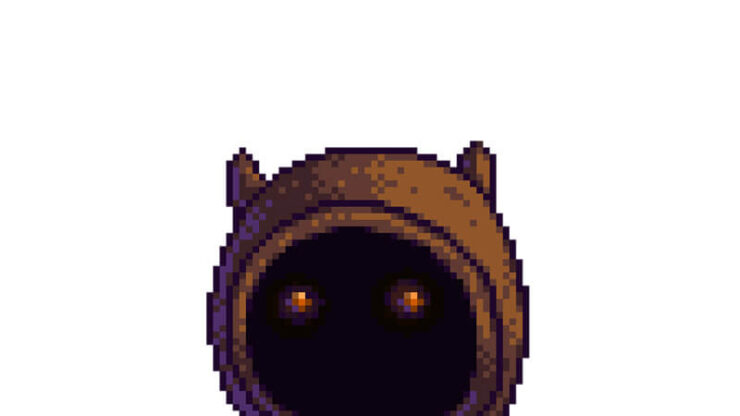 The game takes a new twist and turns when you thought it was about to get boring, giving you new challenges and adventures which you would find thrilling. Previously, we only expatiated on the human habitats and villagers which are characters of this enticing game. However, the game comprises more creatures than you can imagine. These creatures are quite violent most of the time, except for a few and Stardew Valley Dwarves are one of the few.

Nevertheless, this begs the question, who are Dwarves in Stardew Valley?

Dwarves in this game have existed for millions of years and live quietly in the Stardew Valley Dwarf mines just like the Krobus. Krobus is the closest to getting an answer about the Dwarves as they are both related. If you are highly interested in knowing more about them, then we suggest you make friends with Krobus. His people had been fighting the dwarves for a very long time. The dwarf in the game is known to be the last of them all. So, it would be fortunate for you to be friends with him.

However, the mines are highly secured with a very large rock placed at the entrance. A pickaxe can only shatter this. Therefore, you would have to upgrade your arsenal to a pickaxe before you get an entrance into the mines. In place of a pickaxe, a cherry bomb is also effective in breaking the rock. To begin with, Dwarf will start by answering you with Dwarvish – the language of the Dwarves. You should know that without the Dwarvish Scrolls, you would not be able to understand what Dwarf is saying.

Once you’ve obtained the Stardew Valley Dwarven Scrolls, take it to the museum. Afterward, you would be rewarded with a Stardew Valley Dwarvish translation guide by Gunter. This will enable you to talk freely with Dwarf as well as transact business with him. Gunter will ask for at least five Dwarvish Scrolls from you before he would, in turn, reward you with the translation guide. 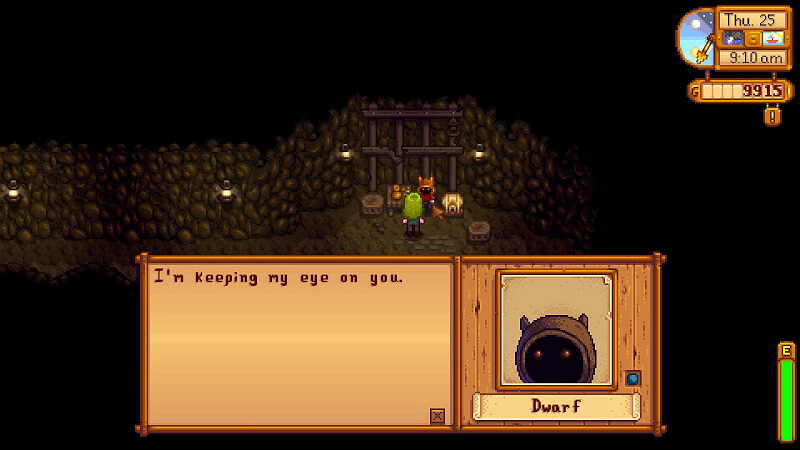 The dwarf is static as he remains in one specific place. He doesn’t move about like other villagers. Thus, walk up to the entrance (east) whenever you need his services. The dwarf is a Dwarf Merchant that sells quite a lot of things ranging from Oil of Garlic, Bomb, Miner’s Treat, Mega Bomb, Life Elixir, and Cherry Bomb, as well as a recipe for a Weathered Floor, and one of the collectible Rarecrows.

Even on festivals or occasions, he remains where he is. However, we would warn you to be highly careful each time you visit him in his shop. The shop can be very enticing with all neat and sweet things hung all over as it can make you easily forget time. You might end up staying up late till 2:00 AM which will have a negative impact on your health and energy. You would end up falling unconscious while losing lots of energy when you wake up.

Just like other villagers, we suggest you give him gifts twice a week. This will foster your friendship. More importantly, do not forget his birthday which comes every 22nd of Summer as you would end up getting 8 times the reward for every gift you offered. There are obviously lots of gifts that would please the Dwarf. Here is the list of the kinds of gifts Dwarf likes and dislike.

Dwarf cherishes Jade, Amethyst, Topaz, Omni Geode, Aquamarine, Ruby, and Emerald. Also, he would be pleased if he is gifted with all Dwarvish stuff like Dwarf Scrolls, Dwarf Gadget, and Dwarvish Helm, as well as Quartz.

A dwarf becomes neutral to Void Essence and Solar Essence. Notwithstanding, Stardew Valley has a specific fun bug which applies to Dwarf. All his neutral dialogue is not displayed. Instead, the dislike dialogue will pop up instead. Nevertheless, you would still get your +20 friendship points.

Along the course of the game, Dwarf will let you know that he cherishes Cave Carrots, and anything made from it even though he dislikes when given a gift of Cave Carrots. 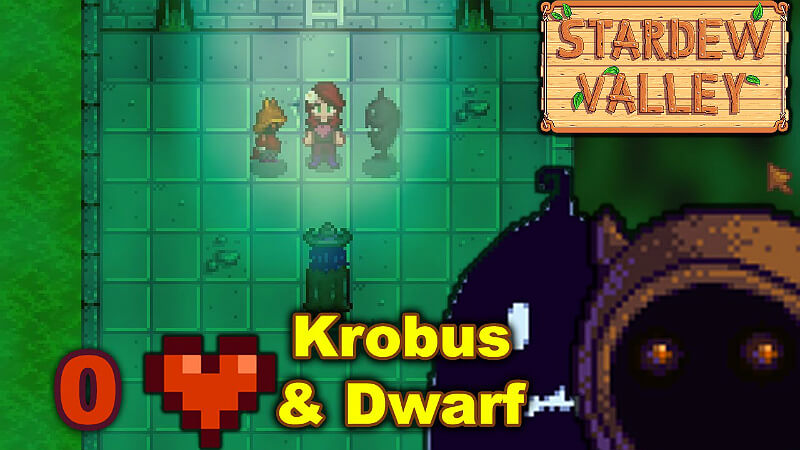 Earning 50 friendship points with Dwarf unfolds an event which takes place the moment you enter the Sewers. In the Sewers, Dwarf would be seen fighting Krobus fiercely, yelling at the top of his voice, accusing Krobos and the Shadow People for wiping out his family and generation altogether.

Krobus would, in turn, try to vindicate himself and his people by saying they only did what that thought would keep them safe from the Dwarves, which was through violence. It is important to note that even if you want to step in and make them stop fighting, you still won’t succeed. Only a wizard can stop them with the help of the Sea of Promise spell. This will immediately calm them, and both will apologize and promise not to bring up or confront each other ever again as they bury the hatchet.

In conclusion, meeting the Dwarf will show how committed and patient you had been during the game. No doubt, the Dwarf is very secretive which explains why he is holed up in the mine. Once you have met him and visited his shop, you would be wowed with the kind of items you can buy from him, and you would realize that it’s worth the stress.