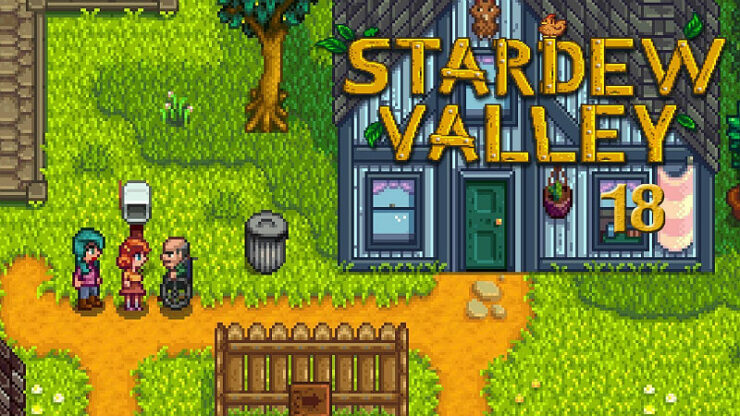 Let us introduce someone to you. His name is George. He is a villager who lives far away in the town of Pelican in Stardew, and he is the oldest human being living in the Stardew Valley. This is truly evident because he has been fixed to his wheelchair for a long time.

However, George is a sad man. He thinks the world has been unfair to him. He does not enjoy or welcome any assistance from anyone. He prefers to do his tasks by himself even though he is in a wheelchair. Evelyn is the second oldest human being in the Stardew Valley, and George is her husband.

Their grandson is one of the 12 eligible marriage candidates in the Stardew Valley, and his name is Alex. Their daughter Clara died a long time ago and left Alex has her only child. 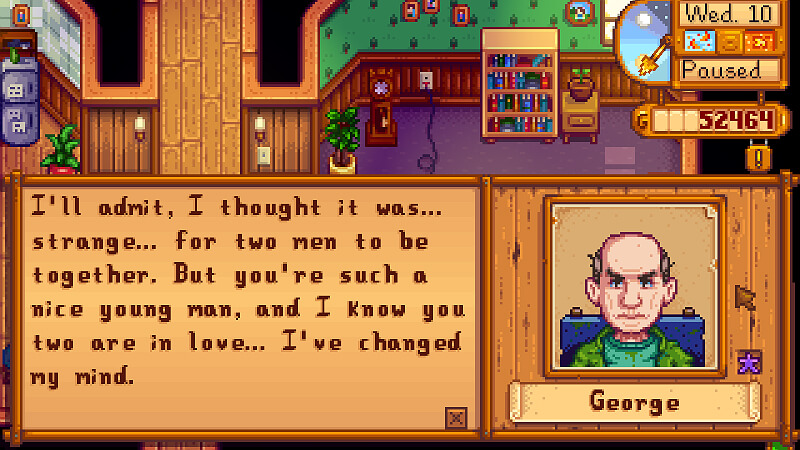 As an old man in the Stardew Valley,  George has several health challenges he is facing. He is mostly inside the house throughout the day. But on Sundays, you can find him at Pierre’s house. There is a shrine in Pierre’s place where he prays. By 8 am, he goes to the kitchen table from the room. By 12 pm., he helps Evelyn to prepare the meal and looks after the food.

By 3 pm, he leaves the table where he usually relaxes while sitting on his couch and goes to the living room. George follows this routine from Monday to Saturday only. But on Sundays, his schedule changes. He leaves his house by 11 a.m. and by 2 p.m., he returns home. Later, he watches TV and moves to the worship center in Pierre’s home to pray. Late at night, he goes to his bedroom from the living room until the next day.

On the 23rd of every month, Evelyn takes George to the Stardew Valley Hospital, from where he gets his medications on a regular basis. The name of the hospital is Harvey Clinic, and the doctor there respects George a lot. He always does his best to provide appropriate care for George’s health challenges. And he always suggests better ways by which Evelyn could help George to have a better lifestyle.

Even as an old man, George in Stardew Valley still knows the value of gifts and appreciates them. He likes simple gift especially. He accepts fried mushroom, leeks, daffodil, and universal loves and likes. But he hates flowers. George loves gifts, and they are the easiest ways to make a friendship bond with him. 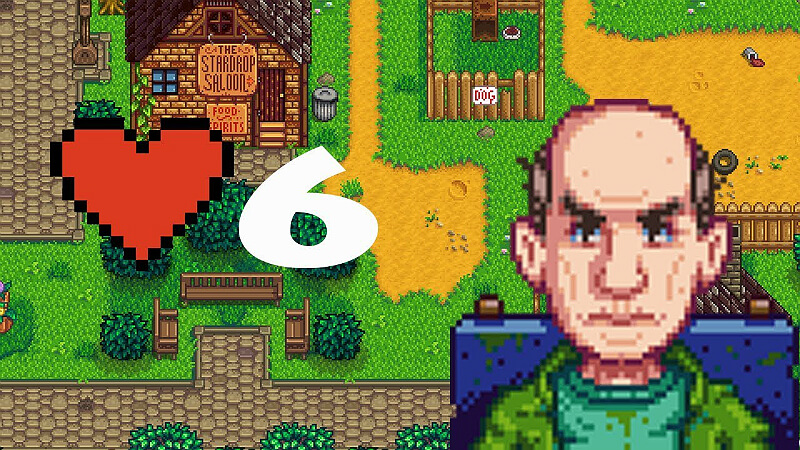 For George, his heart events are just three. At a point when you get to three hearts with him, the first one occurs. Good buffs are essential for combat and mining. George will send you the recipe for fried Eel. Stardew Valley George has his 6th heart happening in the house. His hands cannot even get to a particular book on the shelf.

He is always lamenting. Even when you want to help him, he will remind you of how he got stuck in the wheelchair. The 7th heart event talks of another recipe. At two hearts: here you will see George try to reach the mall, and he fails at each attempt. He is then wheeled away by Penny, who offers to help. She offers to get George into the mall, but George becomes angry. 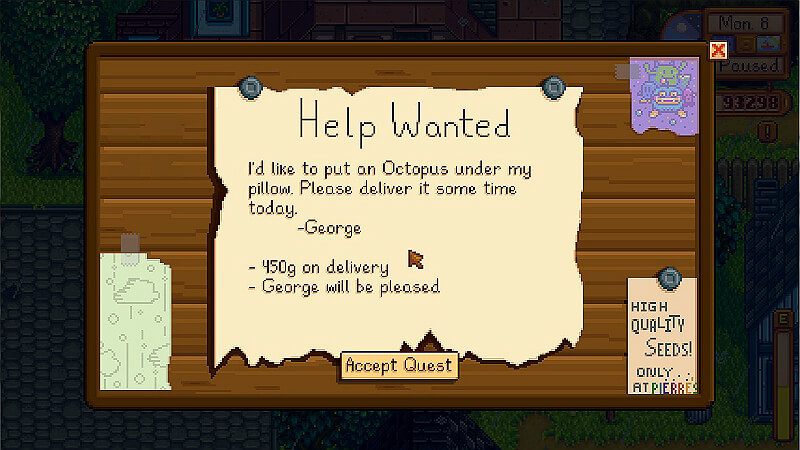 George is only proud of one fact which is his one and only quest. He usually needs a very hot pepper to treat his bad knees which he might ask you. Anyone that succeeds to fulfill the quest will become friends with him. He may seek clarifications on things on the board in front of Pierre’s house. Stardew Valley George’s location is a great place to have fun, and George is one of the most respected persons in the home.

Throughout his entire lifetime, George has suffered a lot among his peers. His sufferings left him a disabled man to the extent that he could no longer do the things he used to do as a man. Worst still, his only child, Clara died and left behind a grandchild for George to take care of. You can make George happy again by becoming close friends with him.