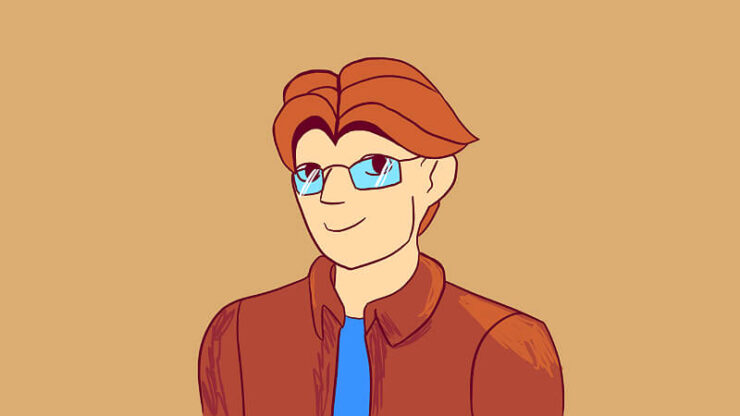 Have you ever wondered why we keep writing articles on the game – Stardew Valley?

This is because this game holds a lot of benefits which would one way or the other influence your real-life activities, positively of course. This farming simulation game will go a long way in teaching you one or two things about farming, manufacturing, fishing, friendship, and so much more. Notwithstanding, this article is centered on a person of importance who owns the general store in the community – Pierre of Stardew Valley.

Lawfully wedded to Caroline and a loving father to Abigail, Stardew Valley Pierre owns a store in the community which doubles as his home also. He lives in Pelican Town together with his family. Pierre’s relationship with his daughter is not great. This is because he is worried about her as a father. It is no news that both father and daughter share different opinions and beliefs. This can be seen in some of the few cut scenes.

As a businessman, Pierre’s arch rival is the JojaMart which is owned by Morris. In this game, one would see that they really don’t like each other. Morris had been his only fierce competitor. He feels he is on the verge of losing all his customers to JojaMart. Also, he is scared that his sales and income might run out shortly. 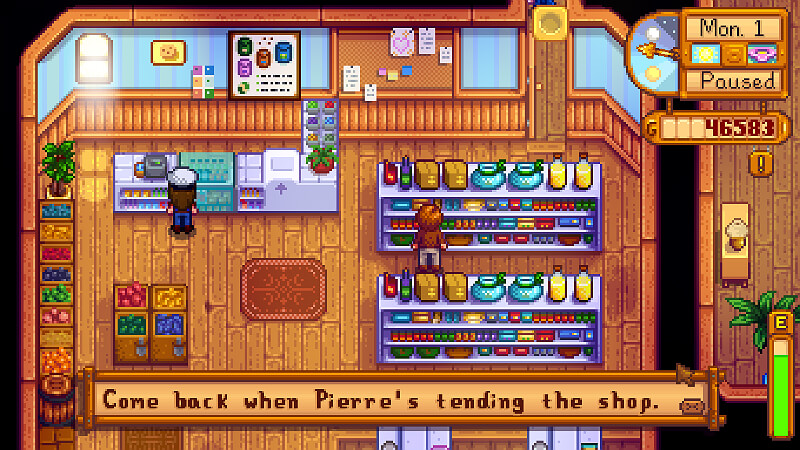 Pierre’s schedule is not as tight as other Stardew Valley game characters. He hardly goes out, and you would easily find him in the store every day at exactly 9:00 AM to the early evening of 5:00 PM. Please note that Stardew Valley Pierre doesn’t open the store on Wednesday.

However, the restoration of the Community Center in the game would automatically lead to the store being opened every day of the week. Fridays, Pierre takes a stroll to the Saloon at exactly 5:00 PM to 11:50 PM immediately after he closes the store, he retires indoors. You won’t find Pierre anywhere except in his house during the raining season.

As usual, everyone likes and cherishes gifts in Stardew Valley. The kind of gift you give to a character determines how fast or slow your friendship level will build up with that character. Thus, we would advise you to choose your gifts carefully.

Also, each character has his or her own birthday and make sure you utilize these birthdays to attain friendship points. On each birthday, a gift will hold 8 times its actual value. Thus, do not forget Pierre’s Birthday which falls on the 26th of Spring.

This brings us to the question, what does Pierre like in Stardew Valley game?

He cherishes every single gift the villagers cherish. Nevertheless, he will become much happier if given gifts like Fried Calamari. He likes Milk and Eggs, as well as Dandelion and Daffodil.

Gifts like Fruits or any other gift that falls under the Universal Neutrals category will immediately make him react neutrally. 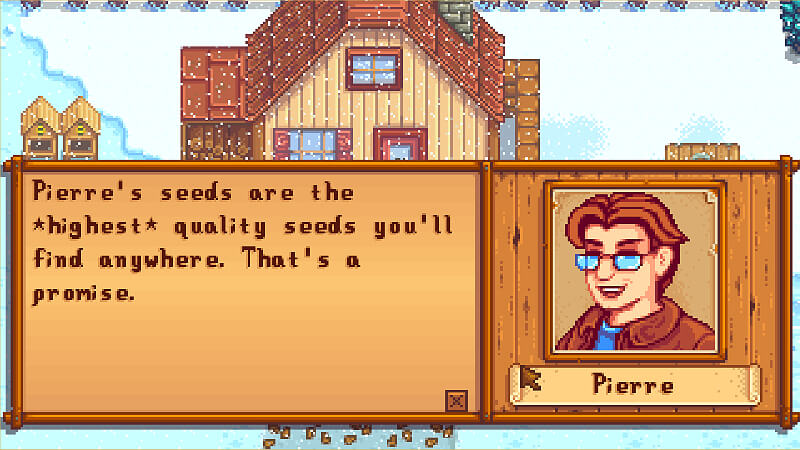 Friendship is one of the key principles of this game. How you would thrive and survive in the community while interacting peacefully with other villagers is also one of the main objectives.

Thus, try to gain friendship points as they mostly come with friendship hearts. Having the right amount of hearts unfold events and scenes. These include role-playing, dialogue scenes, receive gifts, and so much more.

Once you’ve earned 3 friendship hearts with Pierre, you would get a letter from him containing Blueberry Tart recipe. This soup will give you an additional 125 energy points with an extra 56 health points.

In the 6-heart event, you would stumble upon Stardew Valley Pierre’s secret stash which he had hidden safely in his bedroom. After finding this, he will also accidentally walk in and find you with the secret stash. Knowing fully well that he had caught you, you would have to tell him that his secret is safe with you.

In turn, he also would reciprocate by not telling anyone how he caught you snooping around his things in his bedroom. However, if you tell him you won’t keep his secret, you will automatically lose 2 Friendship hearts. 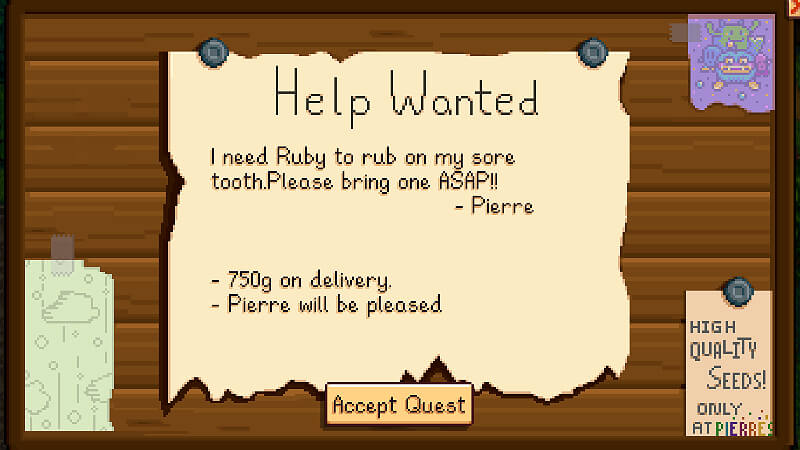 On the 21st of Spring which will mark your second anniversary in Stardew Valley, he will request you to deliver a Sashimi to him. Its reward includes an additional friendship heart plus a 1000 in gold.

Endeavor to always check out the “Help Wanted” board situated just beside Stardew Valley Pierre store. This board serves as a communication medium used by all villagers in getting what they want. A quest might just be right there waiting for you to complete it. Each item holds a reward of 3 times more of the default gold reward with an additional 150 friendship points.