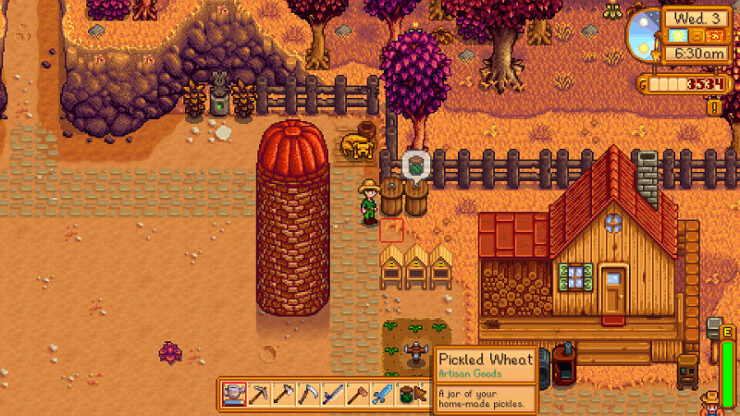 Whenever people start posting images of reeeally big farms, I always wonder, why they build so little preserves jars. I always feel like they are mad money machines, but maybe I am just really bad at stardew valley economy? Do you use preserve jars on your farm? Why/why not? 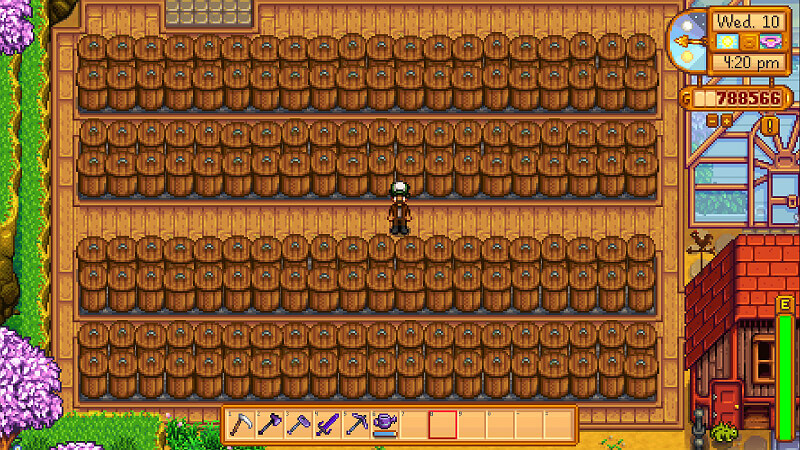 Depends on what farm layout you’re going for and your ability to produce kegs. Preserves jars have materials that can all just be bought allowing you to produce far more of them. Similarly because of their fast turnaround you require far less of them to turn all of your farms goods into artisan goods. Which is ideally what you want to do, selling your crops raw has the least potential profit.

But they are not necessarily the best way of making profit (although they are for the most part the fastest).

They always turn around goods at the following formula 2x+50.

Wine comes out at 3x. If you use some basic algebra, all fruits are better kegged when they are worth more than 50 gold.

Juice isn’t as good as wine at a measly 2.25x, which doing some basic algebra suggests to get better results kegged requires the vegetable to be worth more than 200. That only meets like red cabbage and pumpkin.

There are of course two exceptions as well, wheat and hops which are significantly better kegged as they produce beer and pale ale respectively.

So the question is are you trying to go for max profits? Then you’re probably doing ancient fruit and want kegs. If you’re trying to do a little bit of everything, you almost certainly want preserves jars for your vegetables and kegs for most your fruits.

GTAmes
I feel so bad for the Horse – Stardew Valley