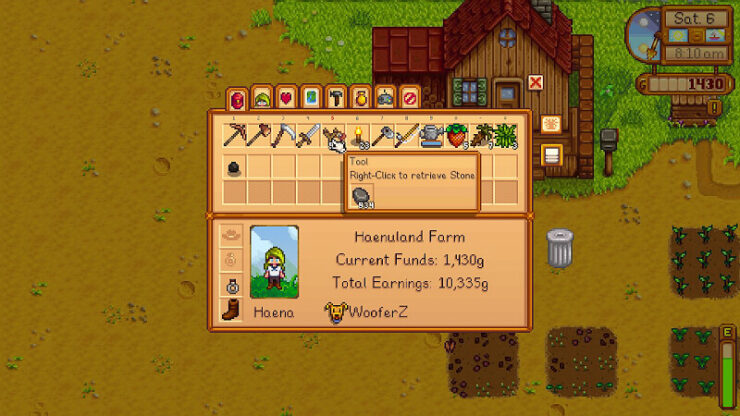 The most useless item in the game, for me. The Slingshots.

First, you can’t drop or sell them (which I would totally do if given the option the way they currently are). I have never used a slingshot and I never will. I roll my eyes when I get to the floors where you get the slingshot, wishing it would have been a new sword, pair of boots, or even a ring. But the slingshot is 100% useless.

Why is it useless?

The controls make it impossible for me to actually use the stupid thing. I cannot wrap my head around the totally strange and awkward controls that make no sense to me whatsoever. Unlike any other game, you have to do this weird thing where you hold the mouse button (I think?) and jerk the mouse in the opposite direction of where you’re pointing the thing to pull the sling back. It’s very counter-intuitive and entirely awkward.

So here’s a suggestion:

There. Slingshots would suddenly be something I would enjoy getting and would keep one around for the utility, and/or the explosive rounds when I need to kill mummies or some such.