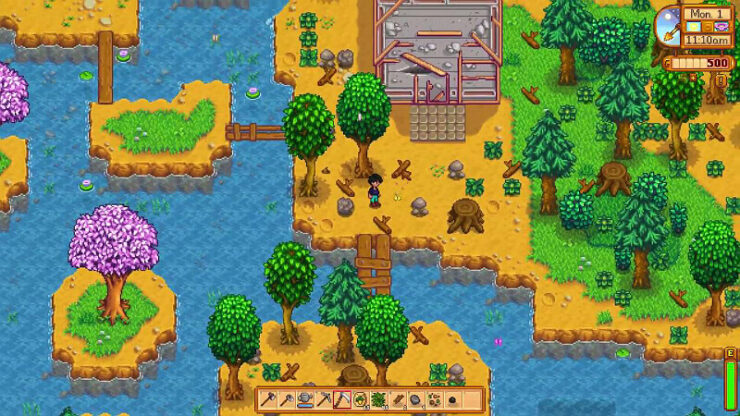 Today I’d like to address a glaring issue on one of the farm maps, the Riverlands in particular. Something sets it quite apart from the other maps and it’s the utter near-uselessness of it.

Let me premise this with the fact that the alternate farms are based on specialization, which is common knowledge. Hilltop for mining, forest for hardwood and foraged goods, Riverlands for fishing, wilderness for monsters. All of these have distinct disadvantages (usually in less arable land/more clutter) that set them apart as far as farming goes from the traditional map. It’s a sacrifice in which one must make for one’s playstyle.

Most alternate maps make sense to me, and are highly useful. What doesn’t, is this. Sure, the rationale is all there. You can set up some traps to catch caged fish/junk behind your house, you can fish for river fish, etc. But for what point? The catches are the same as the town river, which isn’t exactly hard to reach early on in comparison to the Mountains or the Ocean. The islands feel quite restricted space wise due to the arguably useless extra water they add as streams flowing across the map. 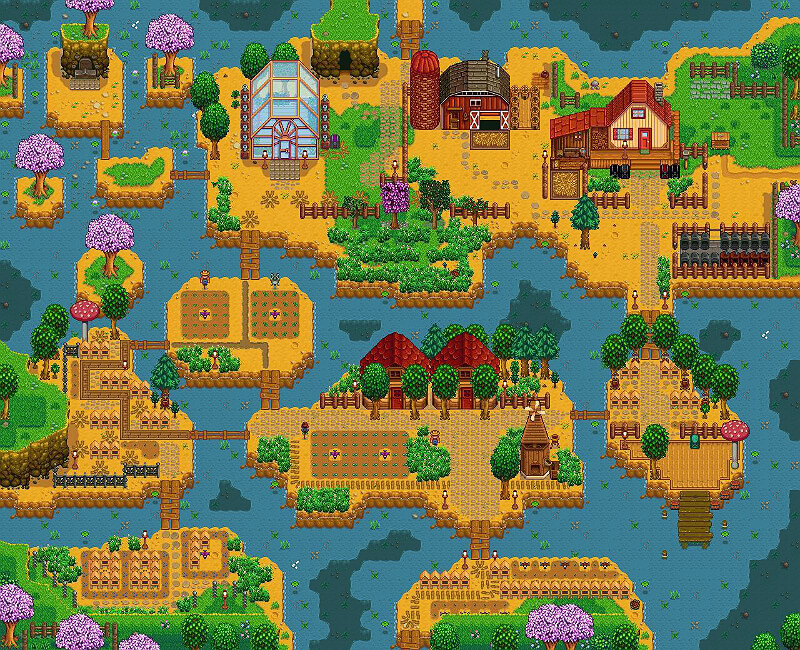 The map itself boasts the least cumulative tile space for objects/crops than any other map, and ranks 4th in actual arable land (5th being the Forest, but the Forest makes this up by having much more total area).

While it’s aesthetically pleasing to many, ultimately I feel like this is one of the more neglected maps feature wise. While I can’t imagine what more they could have done with it, it certainly feels like less something I’d be inclined to play on than the other maps, were it not for the fact that it looks nice to me. In the end this is partially a result of my own opinion and bad experience with the cramped-ness I felt originated on the farm map, so I am not free of bias, but the results speak for themselves.

Do you disagree? How could the Riverlands map be improved overall (be it with mods, or just your own ideas)? Please discuss.

GTAmes
What is the point of Duck Feathers?