Creepiest and safest biomes in your opinion? Subnautica 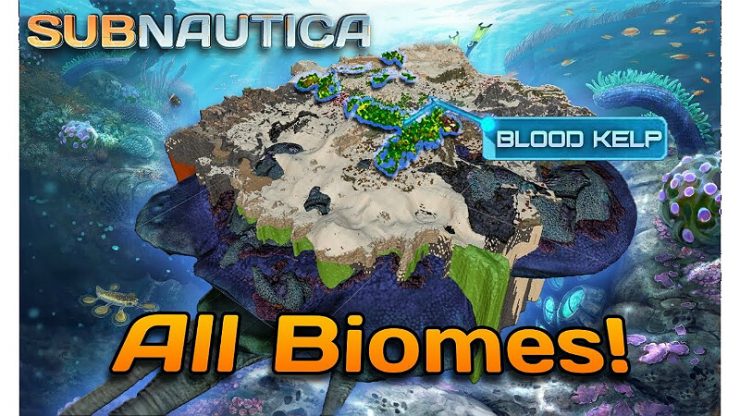 Which biome is the creepiest (which one is unsettling, makes you feel on edge constantly.) and which one do you feel is the safest (obviously other than Safe Shallows)? And give reasons why?

My creepiest biomes are Sparse Reef, Grand Reef, and Dunes.

Sparse Reef: I realize that there is basically nothing there that can attack you. It’s actually like one of the safest biomes in the game, maybe even the safest (yes, maybe safer than Safe Shallows because sometimes Stalkers come from Kelp Forest). But knowing that, I don’t feel reassured one bit. It is so eerie! Like the murky green water, the creepy, empty music, and how there’s literally like nothing there. I like having fish around me, and yes there are fish but not too many. It’s just unsettling to me.

Grand Reef: I hate how deep it is. I mean I’ve gone deeper, I’ve gone to the Lava Lakes but I went through Blood Kelp Trench (which is tight, because it’s a narrow trench), and went into the Lost River then went from there. I think the deepness of the Grand Reef scares me because it’s so open. And also, GL’s roaming around the open area of the Grand Reef…

Dunes: To be fully honest, I haven’t been in the Dunes yet. And that’s the thing. It’s so terrifying I can’t even go near the border. I have seen it, though, and I can tell you that I don’t want to go in there anytime soon. The Reapers, and how open it is. There’s like nothing to protect you and the place is swarming with Reapers. Yeah, no thanks.

Now my safest biomes are (again, other than Safe Shallows) Grassy Plateus and Lost River (yes, you heard me right, the Lost River. But I have reasons!)

Grassy Plateus: I don’t know why, but whenever I hear or see Reefbacks I feel safe (yes, I know there’s a Reefback in the Sparse Reef but I never see it or hear it because my Sparse Reef base is quite deep, right next to the Grand Reef). They’re gentle giants that I love! I just love being in the Grassy Plateus. I like how deep it is, too. Not too deep so that there’s no sun but not too shallow. It’s really peaceful, too, other than the Sandsharks.

Lost River: Now this may sound wacky but I genuinely feel safe in this biome, at least in Creative mode. It’s not too open, and I love the green atmosphere. It’s quite peaceful too. Now, as for the Ghost Leviathans, like I said I really only feel safe in this biome in Creative mode (but I’ll have you know I’m not scared in Survival mode either, but let’s be honest it’s hard to feel safe when you’re in a cave with a GL and they want to attack you). In Creative mode, the GL’s don’t attack. I actually think they’re kinda cute! They’re also not too big because they’re juveniles. I think they’re funny because they’re a little weird in Creative mode (they just spin around and run into walls).

But yeah, what are your creepiest and safest biomes?

GTAmes
How To Find The Moonpool Blueprints And Build It – Subnautica