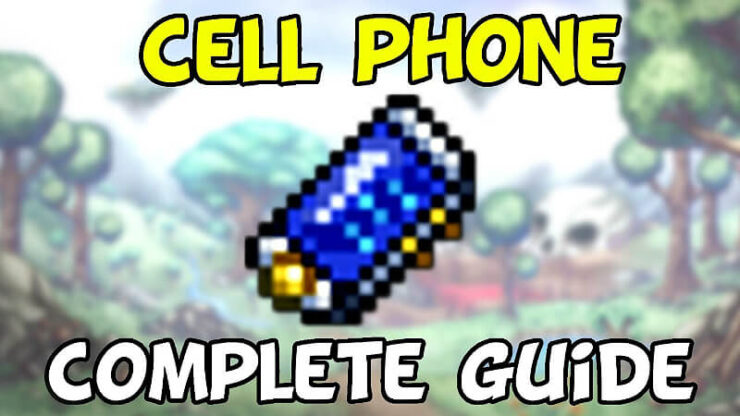 This guide explains the functions of the Cell Phone item and how to obtain it.

The Fish Finder is one of five components of the Cell Phone. It disp[lays weather, moon phase, and fishing power. It is made from the Fisherman’s Pocket Guide, Weather Radio, and Telescope. All 3 of these items are obtained from the Angler NPC after completing quests, although you won’t get one of these 3 items every time. 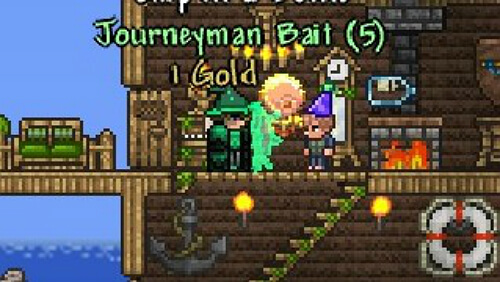 All of the recipes in this guide are crafted at the Tinkerer’s Workshop.

The Fisherman’s Pocket Guide displays fishing power, which is how often you catch fish/items. 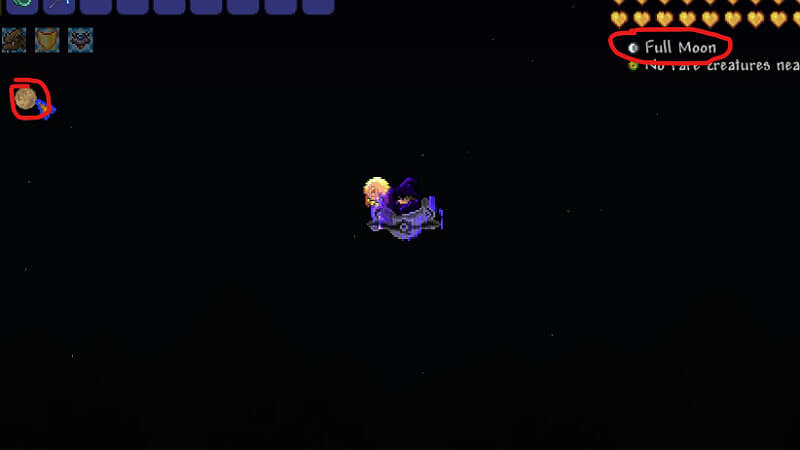 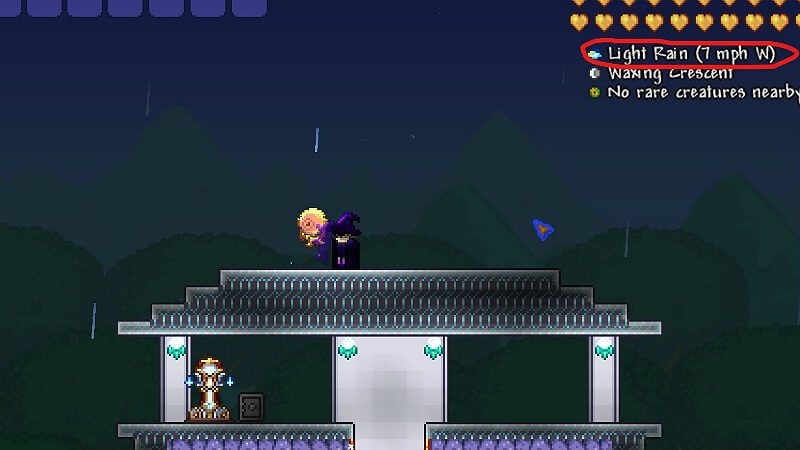 The Goblin Tech is made form a DPS Meter, Stopwatch, and Metal Detector.

The Metal Detector locates nearby ores, treasure, and other items, and has a 50% chance of being dropped by a Nymph. 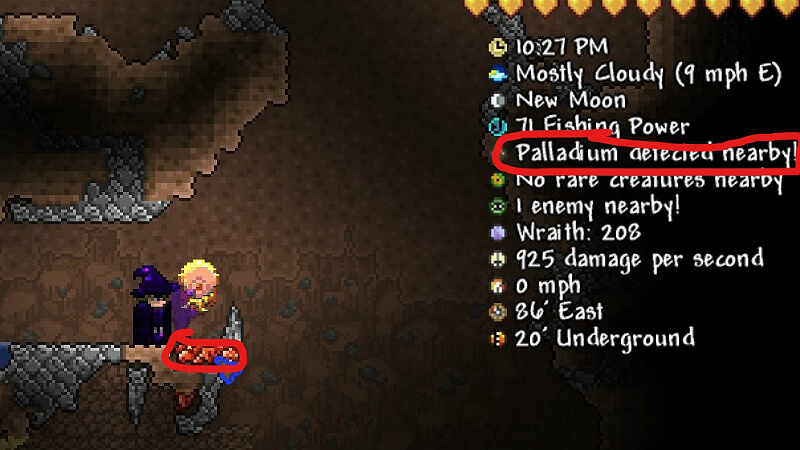 The DPS Meter and Stopwatch are both sometimes sold by the Travelling merchant when he comes to your world. The DPS meter shows your damage per second, and the stopwatch shows your current speed. 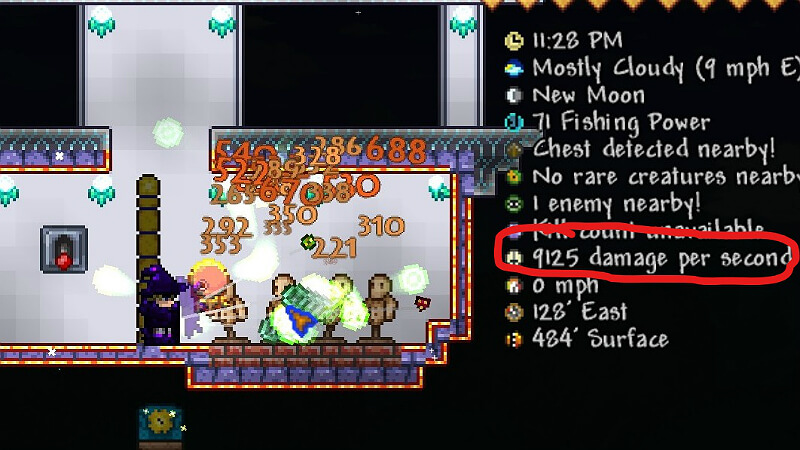 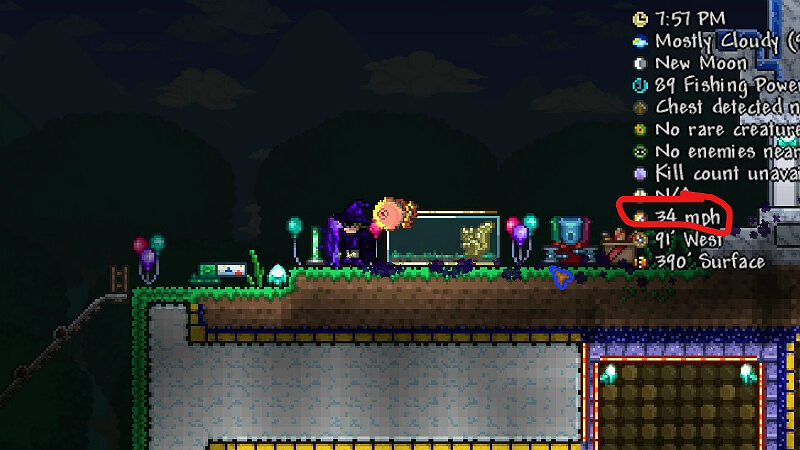 The R.E.K. 3000 displays how many enemies are nearby, the amount of a certain type of mob you’ve killed, and any nearby rare creatures.

The Radar shows how many enemies are nearby and can be found in wooden chests early on. 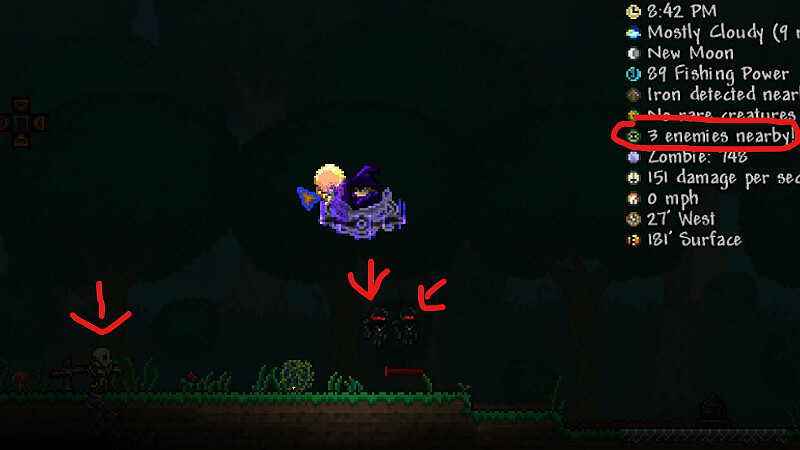 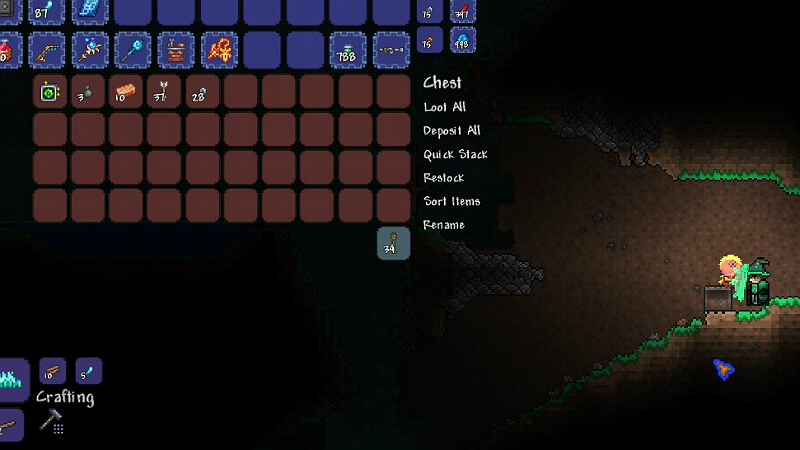 The Tally Counter is dropped by all Dungeon mobs except the Dungeon Slime (also the blazing wheel and spiky ball thing, but they are invincible) and tracks how many of a certain mob you have killed. The game always keeps track of your kill count so it can give banners, but the tally counter makes this visible. 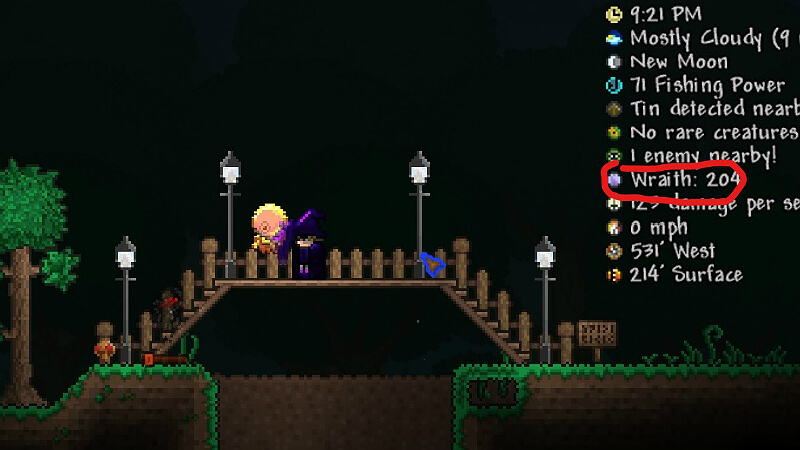 The Lifeform Analyzer locates rare creatures around you, like Rune Wizard and bound NPC’s. It is sometimes sold by the Travelling Merchant when he comes to your world. 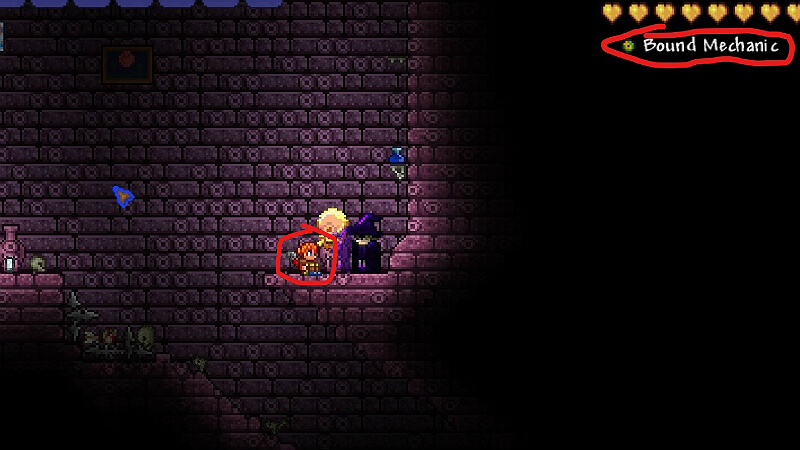 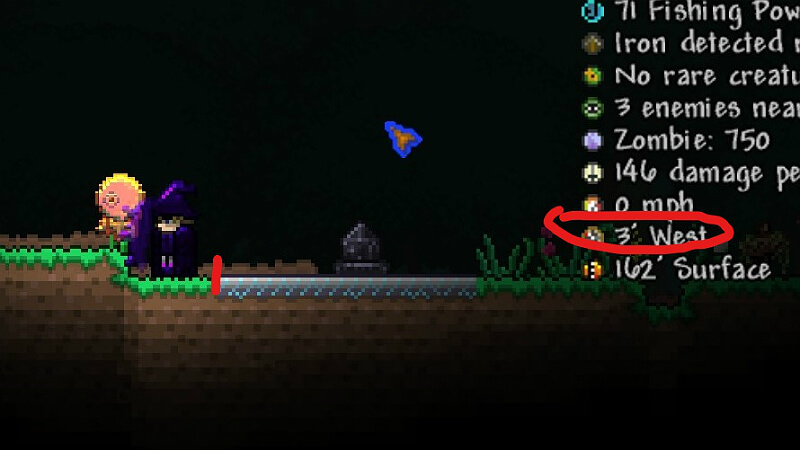 The Depth Meter shows your Y coordinate in 5 layers (Space, Surface, Underground, Caverns, and Underworld) and in feet. It drops from Cave Bats, Giant Bats, and Jungle Bats. 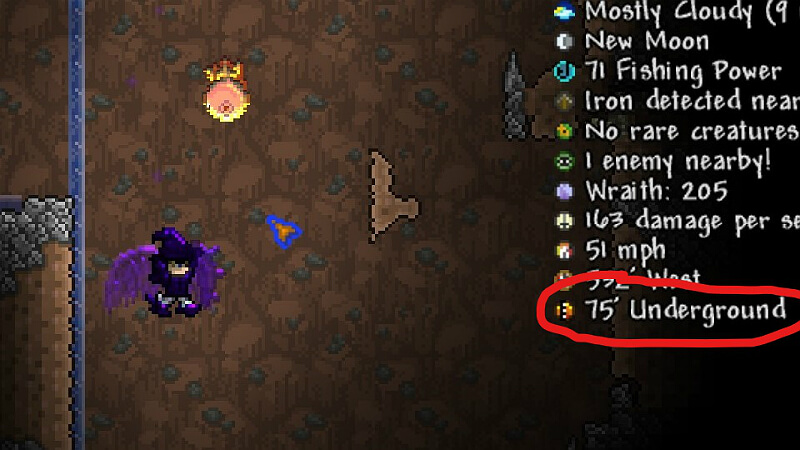 Next, you need a Gold or Platinum Clock (must be gold or platinum) It is crafted at a table and chair with 10 Gold/Platinum Bars and 1 Chain. It displays the time up to the in-game minute (aka 1 real second) Also keep in mind that 4:30 AM is start of day and 7:30 PM is start of night. 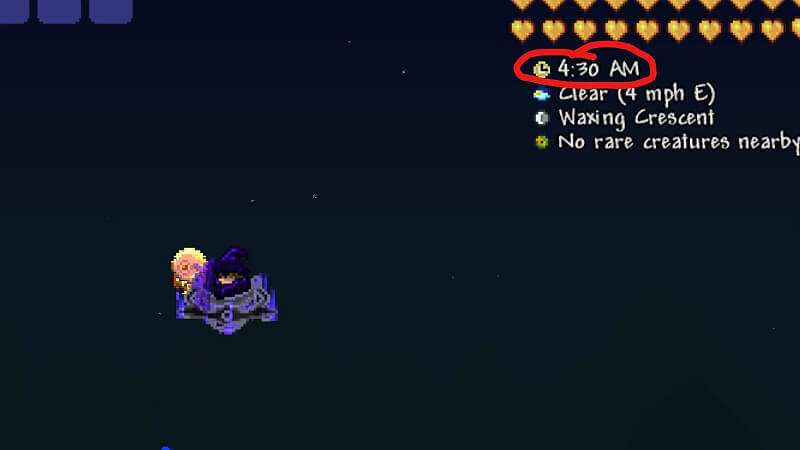 Finally, take your Fish Finder, Goblin Tech, R.E.K. 3000, and GPS, and make the PDA. Only one more thing you need: a Magic Mirror or Ice Mirror. Magic mirrors are found in gold chests and ice mirrors in ice chests. When used, they teleport you to your spawn point (bed or world spawn). 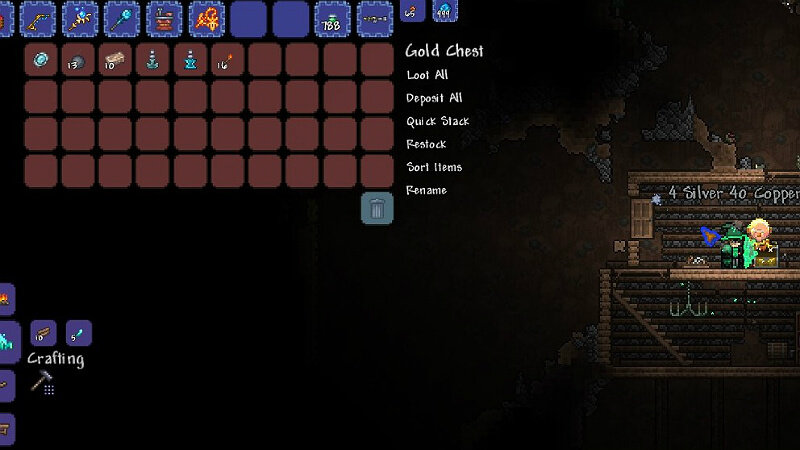 Now you have your PDA and your Magic/Ice Mirror, combine the two items and you finally have the Cell Phone! It displays all of the information and you can warp home! Now, party because you have completed an incredibly complicated crafting tree!

GTAmes
Pet list and where to find them – Terraria