How to beat a Pirate Invasion with low tier gear – Terraria 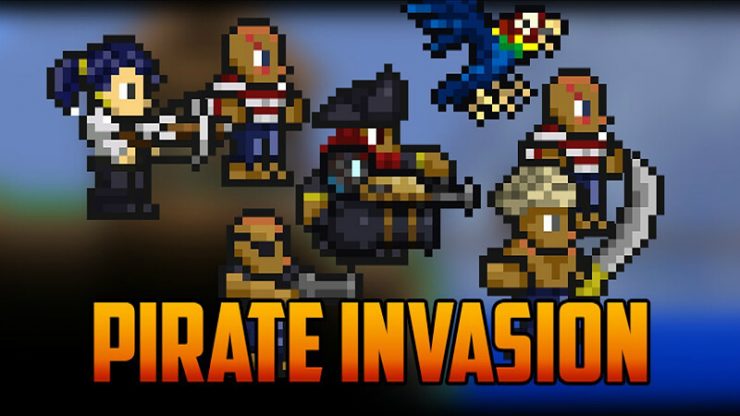 This guide is about defeating Pirate Invasion with very low tier loot.

What you are gonna do

So, you are probably here because you want to kill the Pirate Invasion without being destroyed 60 times, if so, you came to the right place!

In this guide, I will tell you how to beat the Pirate Invasion without late game loot, and my small adventure while doing so. 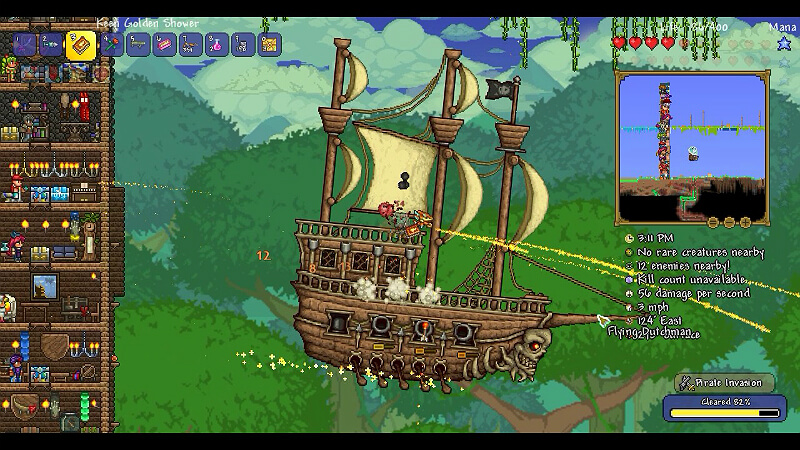 So, you are probably in hardmode, if not, go find some other guide to get you into the point where you want to get some pirate loot.

What you need before hand (Besides beating WOF) is some stuff, you need:

IT REQUIRES NO AMMO That’s right, good dps, and no ammo needed.

The harpoon dps is dependant on range, if you are far away from a enemy, it might do about 30 damage per second, but close range, hehe, it does mass damage to even clusters of pirates!

The Pirate Map is easy to get, you just need to camp the ocean for stuff, getting to the ocean is a bit hard, but not really if you have good movement abilities.

You also might want to get a hornet staff, this is made from the stuff that makes bee armor, I think it is beeswax, and you get it from the queen bee, if you didn’t get it before hardmode, you might want to go into another world’s dungeon, and beat the queen bee there, because- the jungle is a lot harder with hardmode, ALOT, avoid hardmode jungle enemies if you are not prepared with good loot.

Anyways, the hornet staff can summon a single hornet, oddly it can survive water though bees can’t, hornets are tough, ya know.

With a bee helm/chest you can get a total of 3 hornets, if you go with the set, it gives a bonus of extra damage with the summoned guys, including other stuff like imps.

Imp staff is also wanted, but it doesn’t help in the ocean, where there shots do not work.

Anyways, Pirate Maps have a 1% chance of dropping from enemies in ocean biomes, not in the ocean, but even zombies on the beach can drop it.

Structure you are going to make

So, now you got the gear, and some blocks.

You might think you need a 200+ block giant arena, but its a lot more simple. 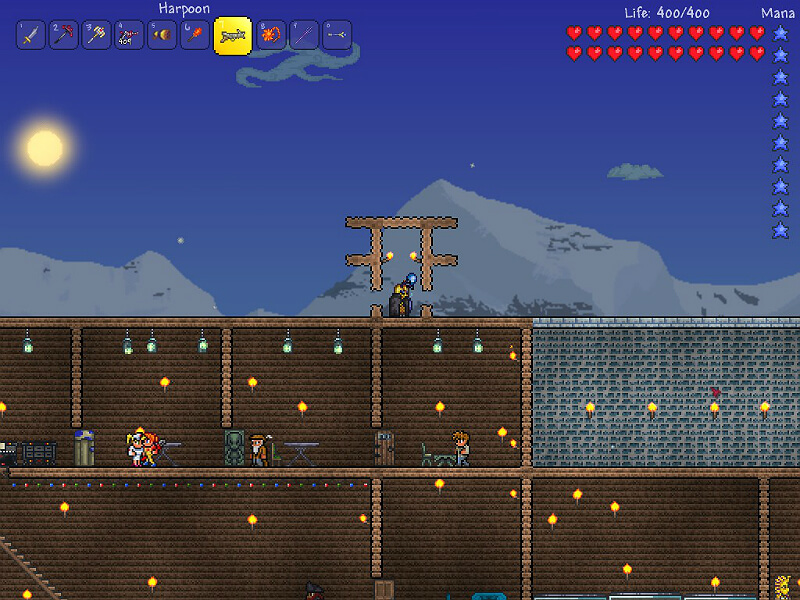 Now, the bottom place where my NPCs are housed isn’t needed, and my NPCs will die from the fight here, but I, don’t, care. NPCs respawn super fast, and I can’t be bothered to protect them.

So, now the gear I use for fighting them is here. 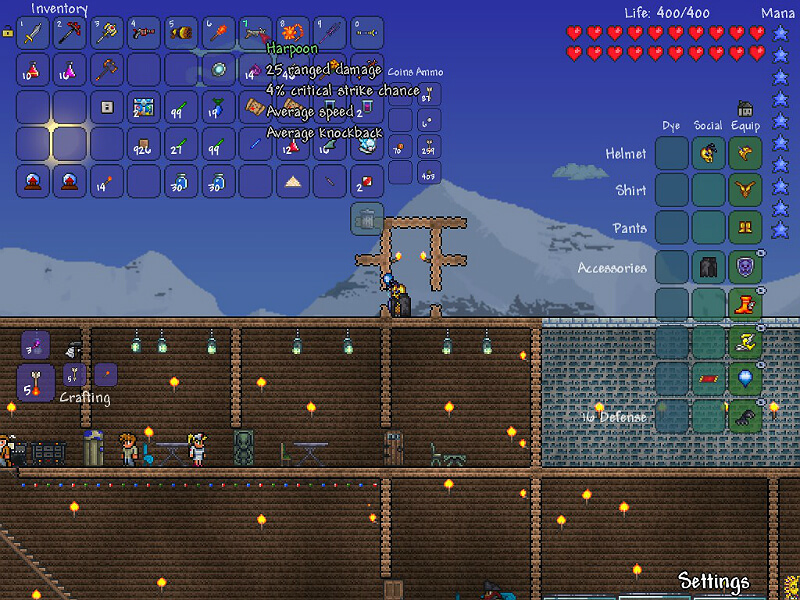 Harpoon Gun, basic for taking down the pirates. 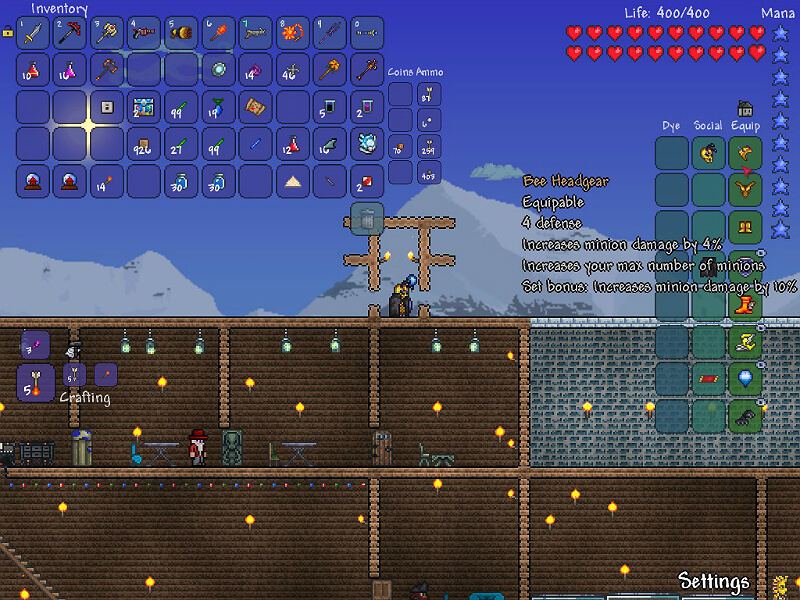 Bee headgear, not much defense but it works for summons. It adds 1 minion as well. 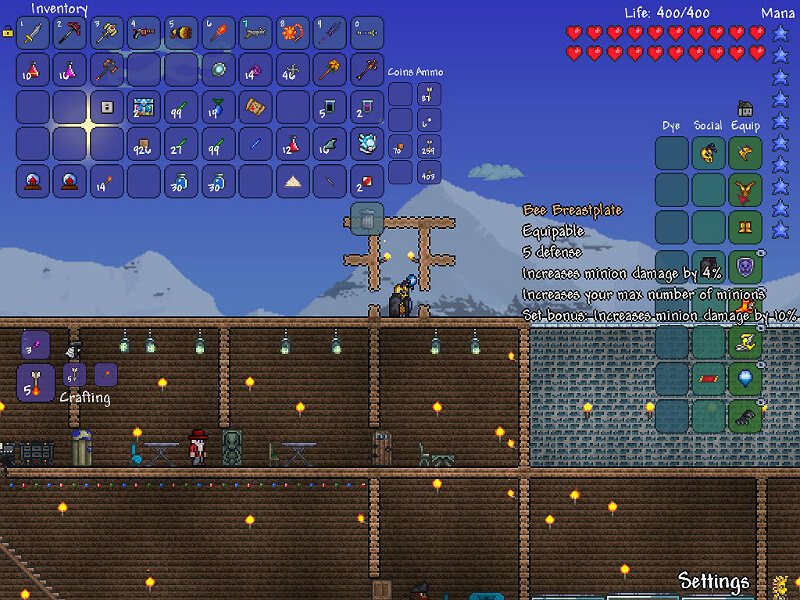 The Bee Chestplate also raises the max summon cap by one. 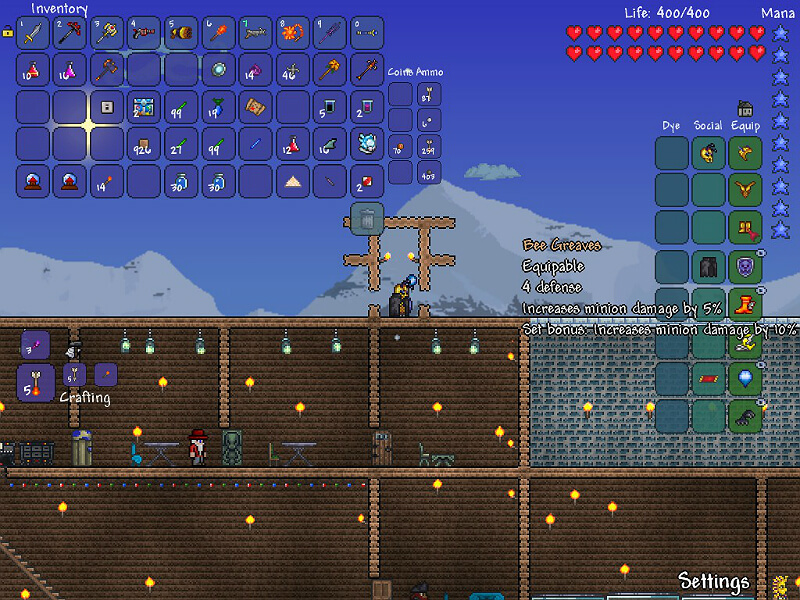 The Bee Leggings do not raise summon cap, but are needed for the set bonus.

I also use a imp staff to fight the pirates, but you can just use the harpoon gun.

(But, without imps it takes a lot longer.)

The Pirate Army is coming, for your blood.

It is now time to summon them and fight them like a real wimp, because we use a op setup. 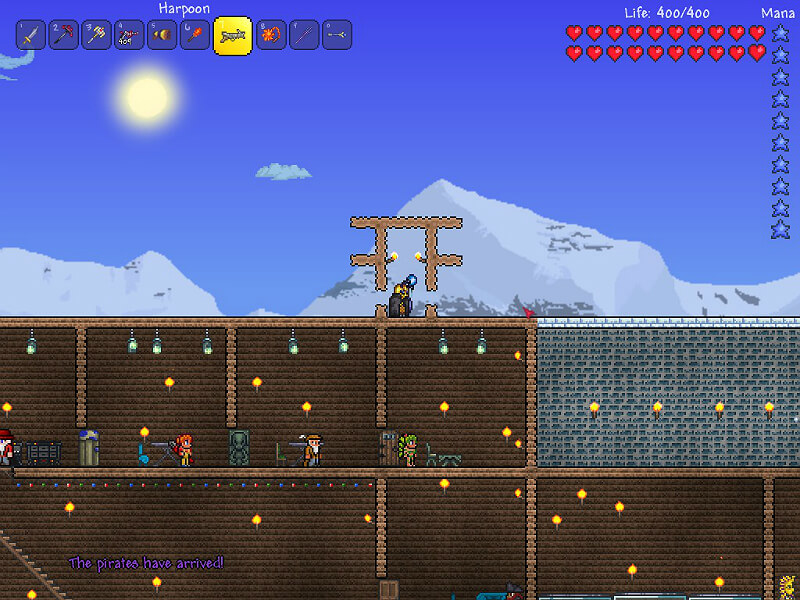 So, time to wait a minute… and here they come!

So, time to fight pirate with… GIANT SPIKE LAUNCHER OF HARPOONESS! 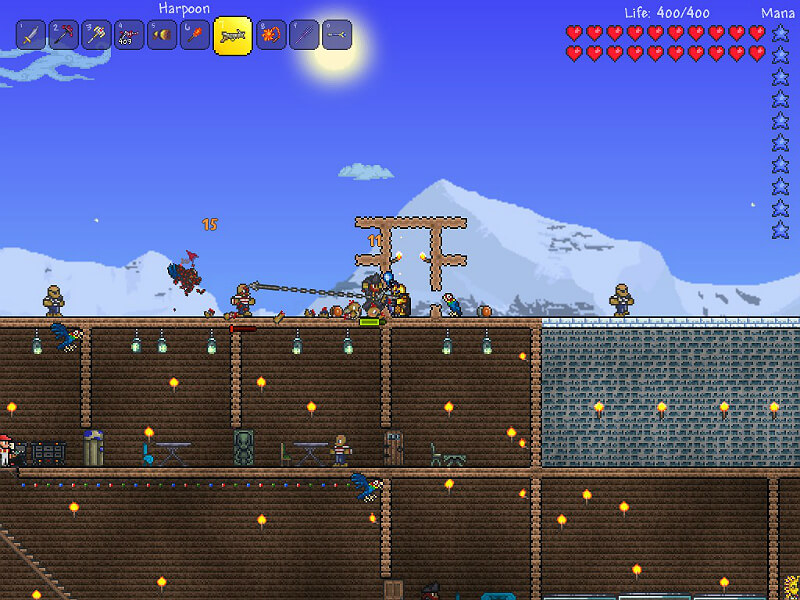 It may not look very powerful right there, but oh, when they get up close! 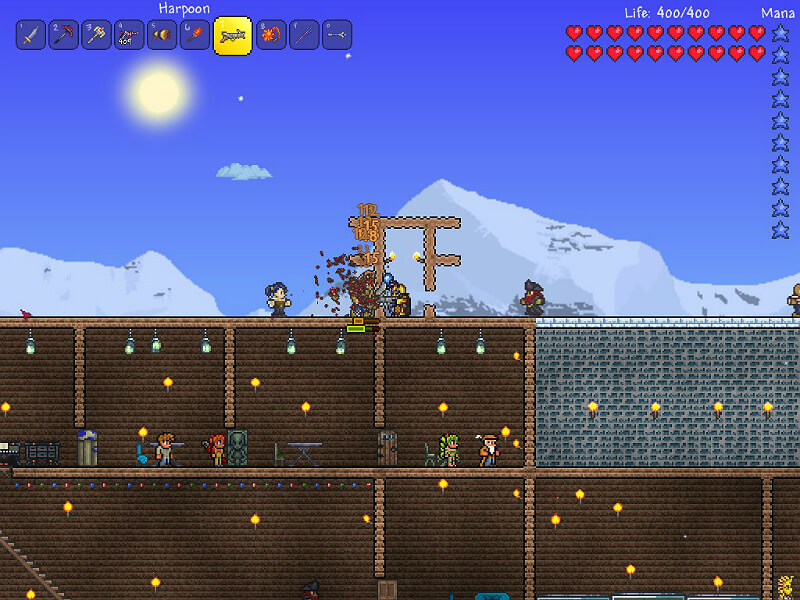 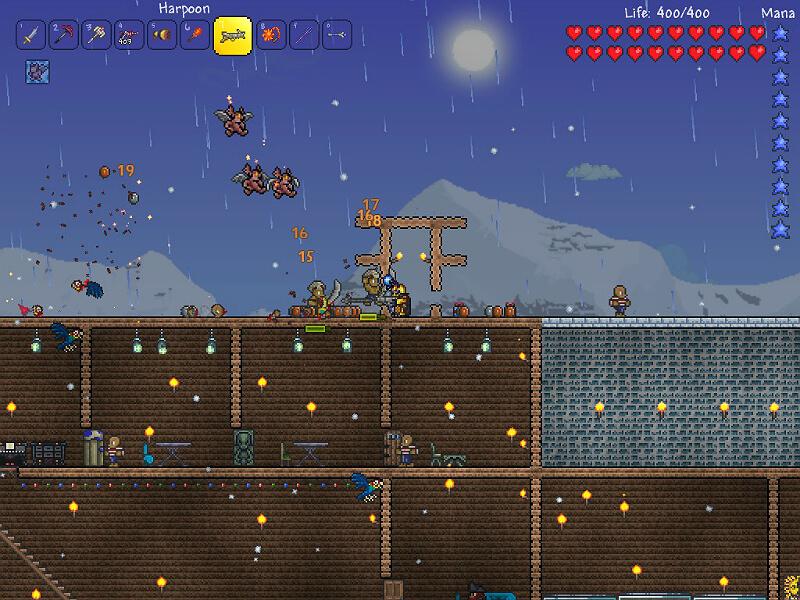 Also, when a ton of parrots get in the corner of my house, I summon a imp there, when you summon a imp it instantly recharges its attack, so spam that when your mana regens. 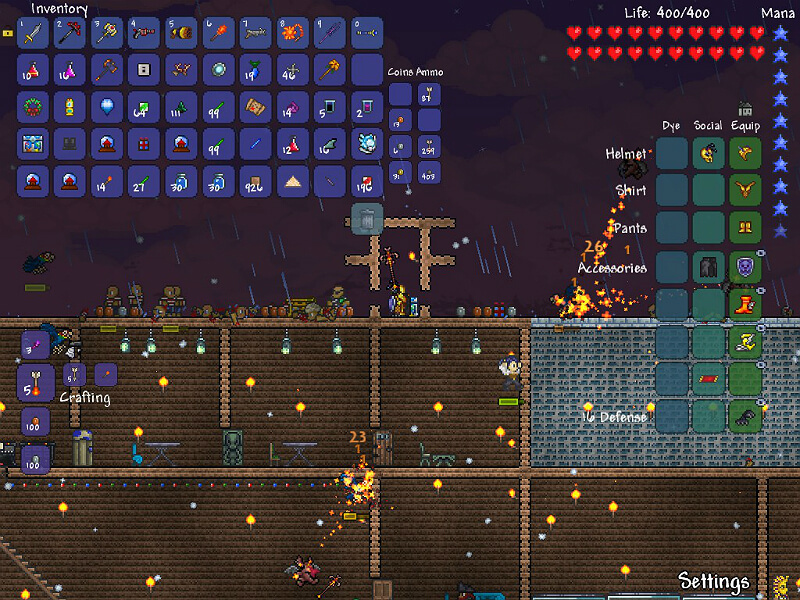 In no time, you get all them loots, and my system works so well, I wasn’t damaged once while inside it, the pirate captain, pirate crossbower, and pirate deadeye cannot shoot through the 1 block gap, if you use a hammer to make it 1.5 blocks (1 block and a half block) prepair to get rekt by a ton of bullets, arrows, and such.

So, my loots are as follows (From this wave)

Wait a minute… Isn’t this the destroyer message? 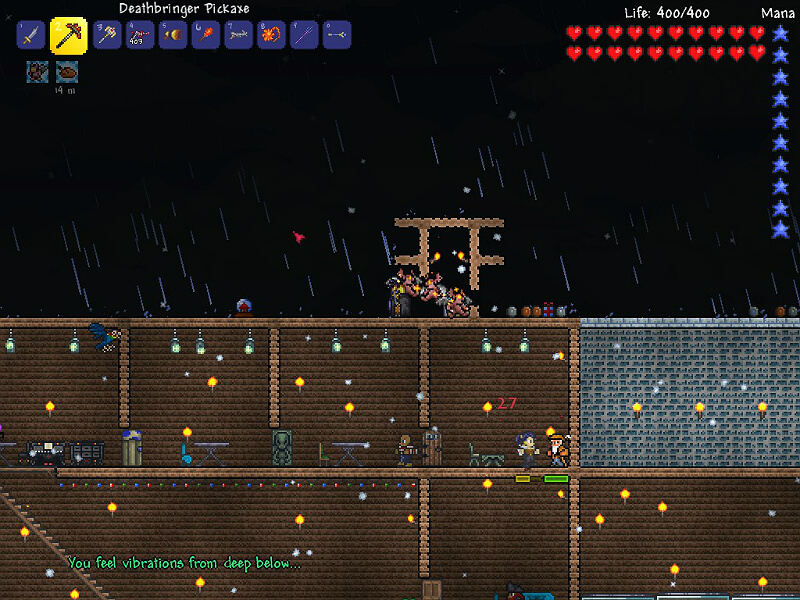 Well, I hope it doesn’t spawn… 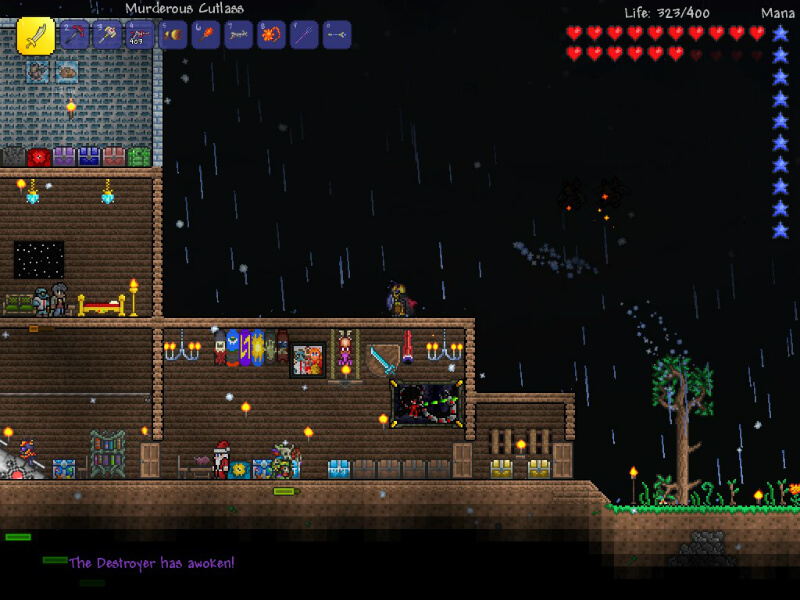 I still don’t see him… I guess it’s okay… 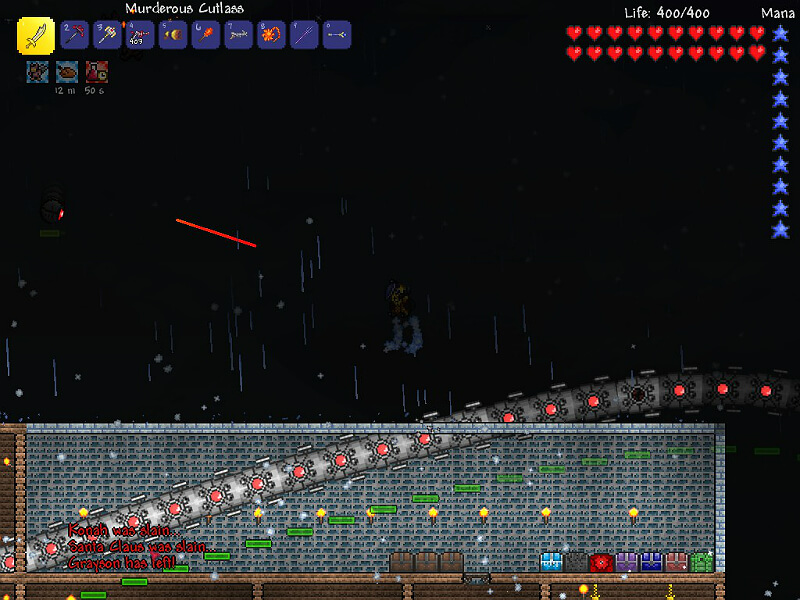 Shortly after, I was killed. 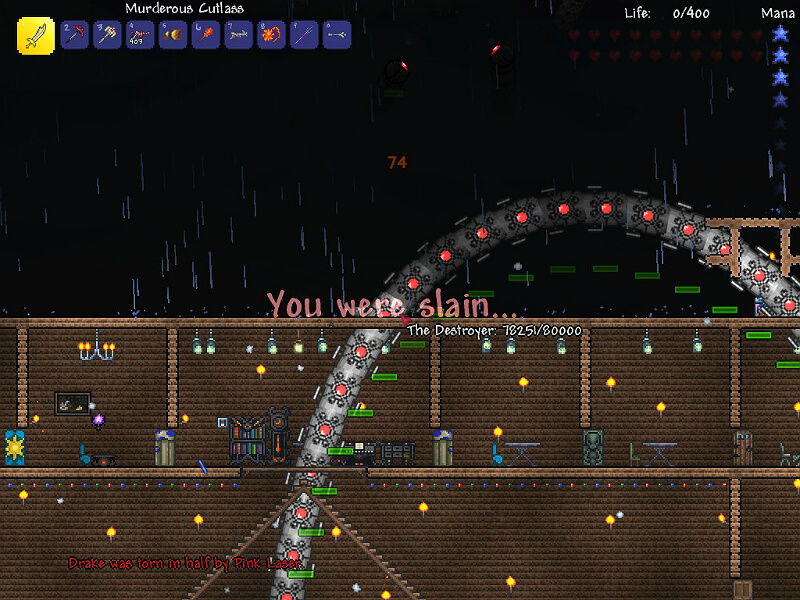 And after I respawned, it was gone, I then gathered all the loot I got from that single pirate invasion, and put it in a chest. 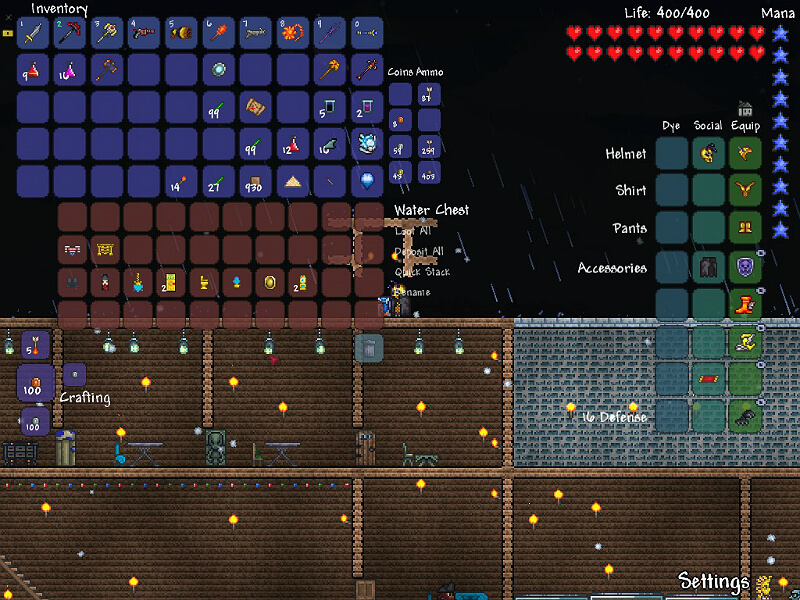 I got a lucky coin from that, and I didn’t even have to tank damage, I took about 0 damage.

Sometimes I break out real fast, and gather the loot.

So, the adventure ends with our bee headed friend, he then takes the pirate shirt and pants… 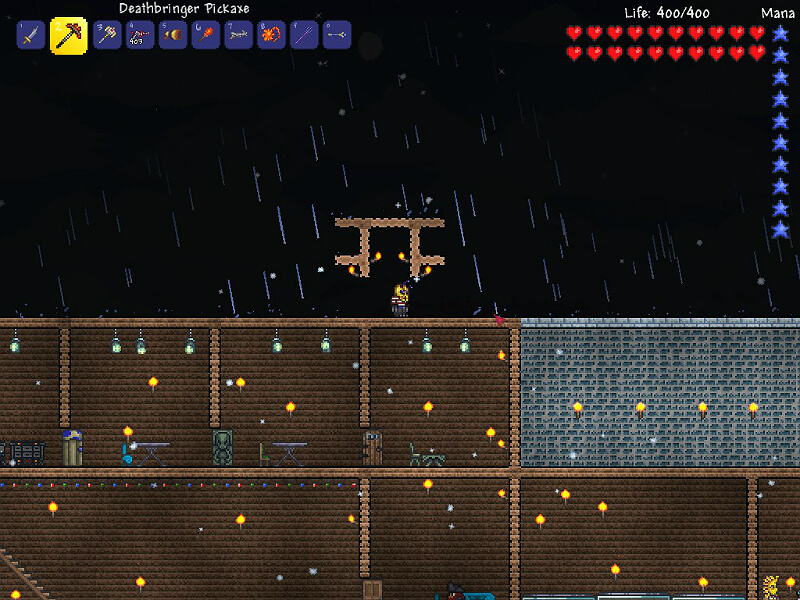 He Bee a pirate.

So, in the end, you can get your pirate staffs and lucky coin gun, and etc, without much effort, so grind the ocean, make this structure, and start getting some loot, money, and nice, gold, furniture.

The Thumbnail (Or whatever they call it in steam) is also brought to you by Piratefoodog.

If you don’t like something, then just comment on it, I sometimes check this guide to see if its good or not, but some people never comment, a rating would be liked as well. (It’s fine if you rate it bad, or rate it good, it’s the rating I enjoy.)

GTAmes
Starbound vs Terraria – Which is better?