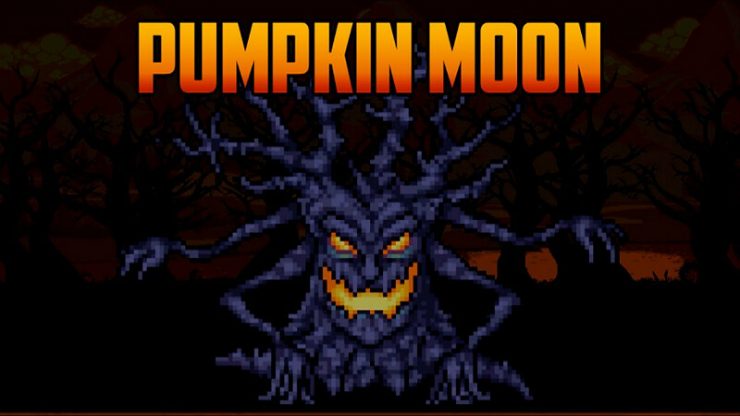 So, I’m in a bit of a bind. I’m fully capable of surviving a full Pumpkin Moon, and even doing somewhat well, but I have a problem. I need to go faster. I’ve yet to reach wave 15 solo, the furthest I’ve gotten so far is 14, before Night ends and everything just leaves me to wallow in self-pity.

My setup, I’ve got an arena set up with loads of Flame, Spear, and Spiky Ball traps (img 1), and for equipment, I’ve got myself a set of Demonic Vampire Knives, Beetle Armor (Scale Mail), Warding Ankh Shield, Menacing Fire Gauntlet, Warding Charm of Myths, Lucky Spooky Wings, and Lucky Star Veil, plus a Demonic Nimbus Rod.

The strategy involves just standing in the middle there, the traps kill the small trash mobs just fine, letting only the Mourning Wood and Pumpkins through, where they’re then pummeled by my Vampire Knives and the Nimbus Rod rain streams. Vampire Knives healing allows me to fully tank hits from everything, especially if the Pumpkins decide they want to be inside me, rather than hit me with their projectiles. It works well enough, I’ve never died during it, but I need to be able to do more damage, because it’s just not fast enough. The Vampire Knives have 43 base damage with Well-Fed, up to 55 from the Beetle Armor buff once combat gets underway, and the Nimbus Rod deals 44 (hits multiple times per drop).

A lot of the videos on YouTube about speed-clearing the Pumpkin Moon are from when it was first introduced, using Spectre Armor with the Hood, but it’s since been nerfed, along with the introduction of Mana Sickness, so I don’t know if it’s viable anymore. I’ve got a handful of strong magic weapons so far, Rainbow Gun, Nimbus Rod, Heat Ray, Magnet Sphere, and Staff of Earth, but I don’t know if I’d be able to DPS any better with them than I can now considering the net -25% magic damage of the Support Spectre Set, and switching over would almost halve my defense. And ranged is almost completely unviable, due to the lack of lifesteal.

So, what should I do? What do you do? Am I severely overestimating the Spectre set’s damage reduction and healing, even post-nerf? Lavish your tips upon me, so that I can finally get the Stake Launcher and Raven Staff I have my heart set on. 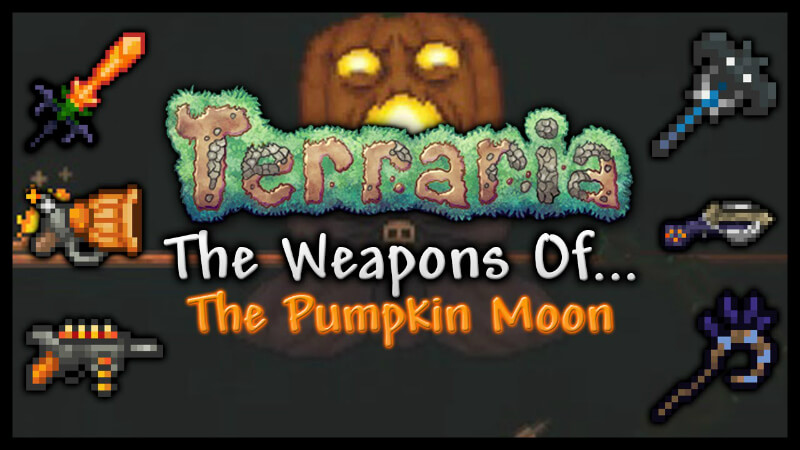 Right! I was in a similar position for frost moon.

Here’s a few things I picked up:

Two things to also note: the spectre hood reduces your DPS by 40%, not 25%. And vampire knives aren’t really going to cut it. If you’re using a melee character, your only chance of reaching wave 15 is the flailron. If you’d like, I can give you the Fishron drops for free; I have 6 chests full of stuff that I’ll never use.

Finally, if you’re set on staying melee and using vampire knives, start maximizing your DPS. Swap the CoM and Star Veil for the Warrior Emblem and Avenger Emblem.

If you want or need help with the event, I’d be glad to help. My steam is drageon101 if you’d like to get in contact.

GTAmes
How to Get the Ankh Shield – Terraria