The Extractinator is rigged and here’s why – Terraria 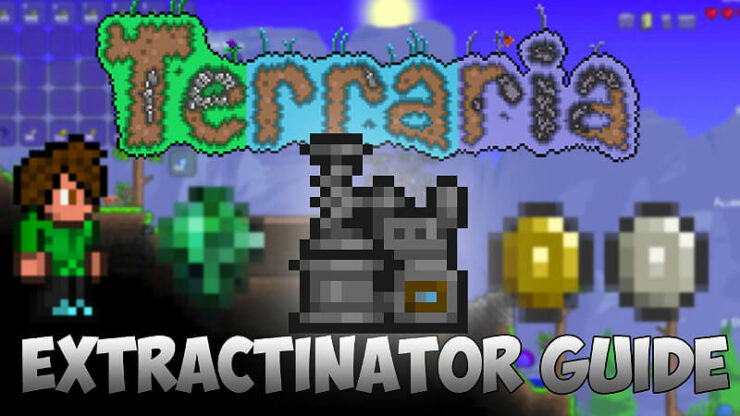 Right, before delving straight into why, here’s some prefacing:

On my first character, after finding my first pet, I made my long-term goal to collect every pet. 2.5 years later, I accomplished it. One of the pets that took the longest (but not the absolute longest. Looking at you, lizard egg. And the toy-sled, and…) was the amber mosquito. If you don’t know, every silt/slush you put in the Extractinator has a 1/5000 (0.02%) chance to return an amber mosquito. On my endgame character where I got the pets, it took ~2-3 days, playing a couple hours a day. It also took ~11,000 silt/slush. I wasn’t exactly lucky.

Recently I started a new world with a friend. I typically try to get a nice pet early on (huge help with early boss fights). I decided I might as well try collecting silt/slush, though I doubted I’d get an amber mosquito.

A long mining trip (including 500 slush) later, I return to my Extractinator and start putting the slush in. And within the first damn 300 I got one. I was in disbelief. Has RNGesus felt remorse for treating me so poorly the first time around? I also got 3 gold, which I thought was cool at the time.

I keep bringing silt and slush home because ore is still useful (not as much as the amber mosquito though). Slightly less impressive but still lucky, ~700-1,000 slush later I get another amber mosquito. That was cool and all, but not the highlight. The last batch of ~560 I brought up was really what mattered. I normally get a couple gold per 300-500 slush, but this was a little different. I didn’t get 2, nor 4, nor 6… I got: 1 platinum 22 gold.

I was awestruck. Had I been getting alot all all along without noticing? No, I barely had 26 gold to my name… Did I carry some gold on me? No, I never have more than 2 on me, and I had only defeated king slime and the EoC once each. I got 99% of it from the slush. Is this like one of those theoretical timelines where you’re immortal? No matter how small the chance, you always survive. You just so happen to be in the timeline where every tiny chance for success does indeed succeed. Had I gotten the most money possible out of every slush?

Oh yeah, another ~500 or so later I got a hecking 3rd amber mosquito. I’m no longer salty over how long it took the first time.

Lastly, not sure if it matters, but I’m on Xbox 360 (equal with 1.2.4). I didn’t get a bunch of coin portals without noticing because they were introduced in 1.3, and I have no idea what else the money could be from.

Oh also the last 700 slush I brought up that had the last amber mosquito also only gave 2 gold.