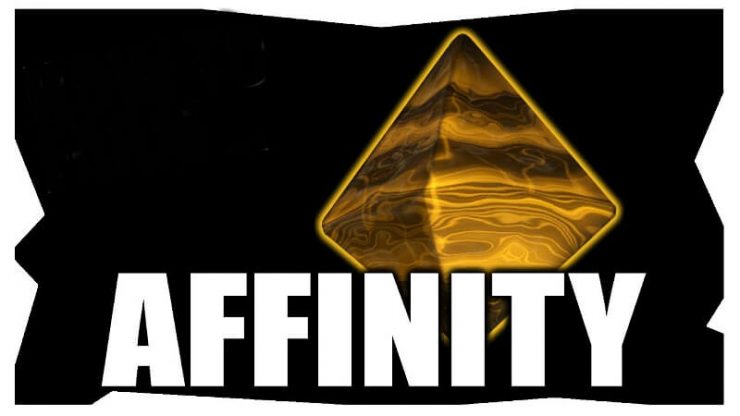 Brightrox’s guide to Affinity for Beginners

With the influx of new players coming to Warframe and the lack of information given to them I’ve decided to make a guide to affinity in hopes of helping them along their journey into this massive game.

Okay so first of all I’m going to refer you to the Warframe Wiki page on Affinity as all of this information is essentially directly pulled from there and then built upon. I’m also aware other posts of this nature exist, but I personally found them a bit hard to get through and understand properly and I wanted to make something for those just needing the basics.

Now onto the goods.

Affinity is actually relatively simple when you understand it, but if you don’t it can take you drastically longer to level weapons, warframes, and your mastery rank overall. I know plenty of people who struggle to climb mastery ranks who are knowledgeable on the game as a whole. The first thing to understand is how Affinity is awarded in the first place.

When you get a kill you are awarded a certain amount Affinity for that kill. That affinity is spread out across your Warframe, Primary Weapon, Secondary Weapon, and Melee Weapon. That spread is calculated based on what you use to kill enemies. So let’s use an example situation to make this easier. You take Volt, a Braton, a Lex, and a Skana into a mission and kill an enemy worth 100 Affinity. If you kill that enemy with either the Braton, the Lex, or the Skana that 100 Affinity is divided up equally between whatever weapon you delivered the killing blow with (let’s say the Braton for this example) and your Warframe. So that means a 50/50 split. However, if you were to use Volt to kill that enemy Volt would receive all 100 of that Affinity. In short killing something with your Warframe is a good way to level the Warframe and killing things with your weapon is a good way to level your weapon. Crazy I know! This all just means that if you’re playing solo or just looking to level your frame it’s best to focus on what you’re leveling and try and choose missions where there’s plenty of enemies you can kill with whatever it is you’re leveling. I personally really like infested survival for leveling my frames and find that if I stay for a while I can actually level a Warframe from 0-30 in a couple 30 minute runs pretty easily, not Affinity Booster required.

On to the next big topic, Shared Affinity. This one is a bit trickier, but ultimately pretty easy to understand. Whenever someone in your squad kills an enemy you actually receive 100% of that Affinity (so no worries about a DPS frame getting all the kills while you help out in other ways!) as long as you are within the Shared Affinity Range. There’s a little indicator by your health at the top right that will either not be there or read with a 1, 2, or 3 depending on how many allies are within your Shared Affinity Range which can help you monitor whether you are getting that sweet Affinity or not. So, now the question is how is that Affinity spread out among your frame and weapons. Well, it’s a bit odd, but Shared Affinity is split 25%/75%, meaning 25% ALWAYS goes to your Warframe (similarly to how 50% of your own kill Affinity always goes to your frame) while the other 75% is spread evenly among your equipped weapons. Time for another example! So let’s say you’re using the same loadout as when you were playing solo, but now there’s an Excalibur who keeps slashing everything in sight. Well that Excalibur slices some poor Corpus in half and gives you 100 Affinity (how nice of that Corpus to give us such a simple number!). That 100 Affinity would be spread out perfectly even with 25% of that Affinity (meaning 25) goes to Volt, the Braton, the Lex, and the Skana. Neat right? Well what happens if you don’t equip your Lex for this mission.

Now that Affinity isn’t divided equally among all items and instead is weighted more heavily towards your remaining weapons. In short, it’s split 25 to Volt, but now it’s 37.5 to each of your weapons (the Braton and the Skana). This continues when you only equip a single weapon. Meaning if you were to remove your Skana from your loadout as well then your Braton would actually receive 75% of the Affinity! This results in your weapon actually leveling faster than if you were using it to kill enemies itself. Here’s a helpful equation that can be used and shared so you don’t have to make some poor bastard read this whole thing like you did: (100-25)/x=y where x equals your amount of weapons (1, 2, or 3) and y equals the Affinity the weapons receive (25%, 37.5%, or 75%). Don’t click away just yet! This knowledge is good to have, but it can be abused. What I mean is that yes, technically not doing anything and just getting rich off Shared Affinity is technically a very fast way to level, it’s not exactly a good idea. People aren’t too fond of that and it’s referred to as leeching, probably one of the most annoying things you can do even above trade chat elitism. It’s also bannable if I’m not mistaken, so try not to do that.

How, pray tell is one to take advantage of this 75% Affinity without leeching then you may ask. Well there’s actually a few ways. First you can just find some friends who are okay with it, not the easiest, but hey, it can happen. Second you can equip some proper mods on the weapon and use it to get enough damage to where you’re actually contributing, but still receiving a ton of Shared Affinity. This gets easier as your mastery rank increases and weapons start with higher and higher base mod capacity. The third way is probably my favorite and that is to bring a good support frame like Trinity or Octavia so that no, you may not be doing much damage yourself, but your damage buffs and survivability buffs more than make up for the 25% of damage or so you should be dealing otherwise. Giving a Mesa a 400% damage boost is pretty much always going to be more helpful than anything you would be able to dish out. Good missions for taking advantage of Shared Affinity are Defense missions where the whole squad is all grouped up and the enemies flood towards you. I like Akkad on Eris a ton for this as it’s close enough your buffs can pretty easily help out your entire squad.

In closing I want to ask that you please comment anything I missed or misrepresented and also I would really appreciate it if you like this and found it well done or useful please give it an upvote.