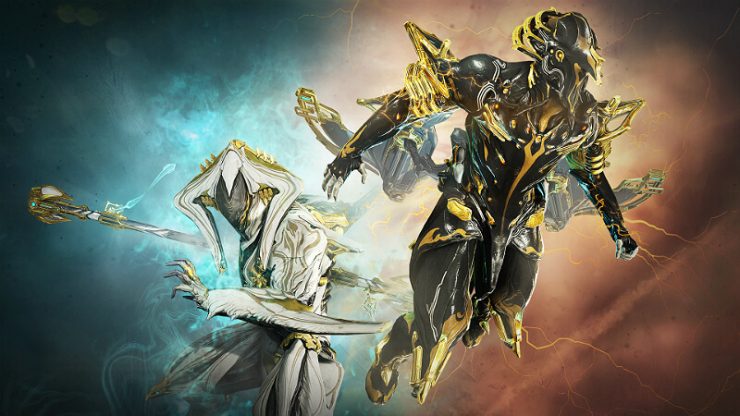 According to the wiki, the formula for Damage reduction= Net Armor / (Net Armor + 300).

You get the following result: 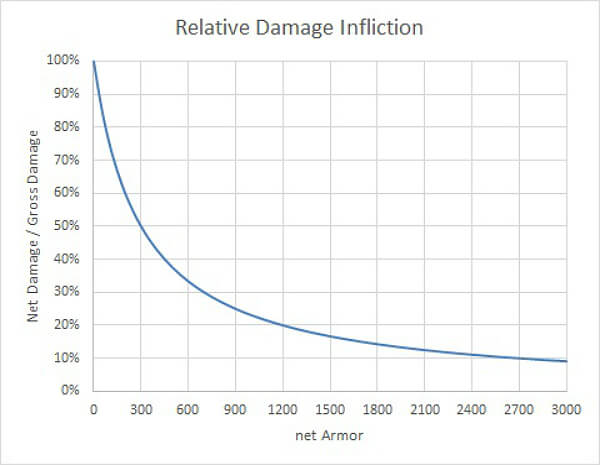 This graph shows how much of the initial damage get through and end up damaging your health. Intuitively you’d think going past 1500 armor or so is not worth it. It seems like you only save a few percent of health while heavily investing in armor.

Our intuition is wrong though. We should be looking at the Effective Health formula. 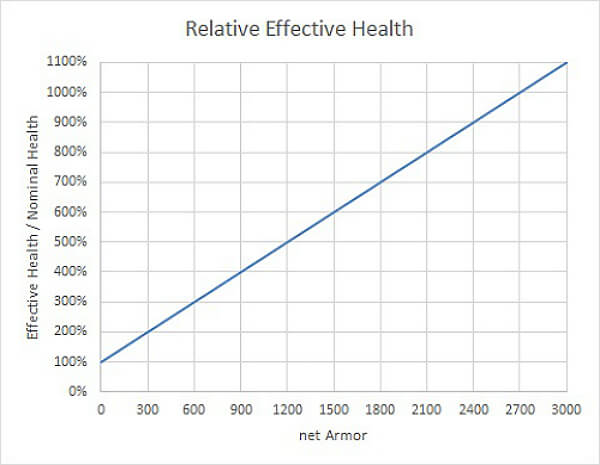 Nominal health is the health displayed in your frame loadout menu. Effective health is the amount of damage an enemy have to inflict to you to kill you.

For example a frame with 500 health and 0 armor have 500 effective health.

The same frame with 300 armor will now have 1000 effective health.

There is no diminishing return here, each 300 additional armor you add gives you +100% effective health. It stays true even for crazy amount of armor:

Warframe armor is ferrite. It means it’s weak to puncture, toxin and corrosive damage. Those damage will have higher base damage and ignore a percent of your armor. Armor is only bad when dealing with those elements, as the percent of armor they ignore will negate of big chunk of your effective health.

Sure flat % damage reduction is still better, but mainly for two reasons:

It has nothing to do with actual armor scaling.

Side note on Corrosive projection 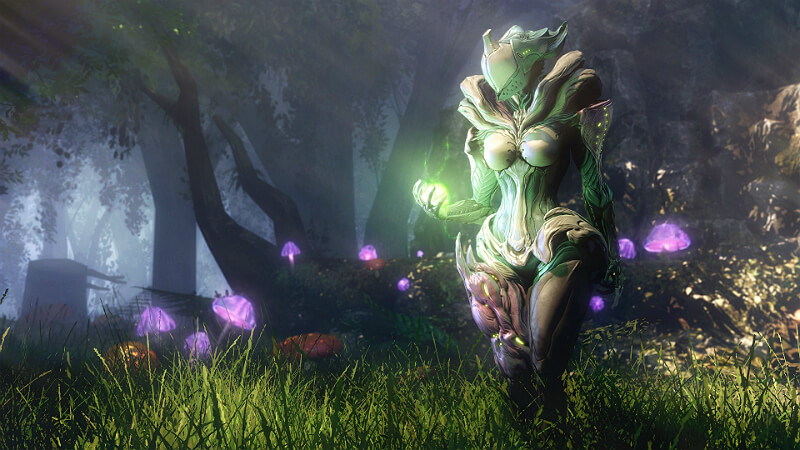 In the same way, CP is always great against high-level enemies. Bringing even 1 CP to a mission will reduce the effective health of enemies significantly and will always provide more damage than any other aura.

If we use a level 80 Bombard as example, so level 3 sortie enemies:

The roughly 2% damage reduction you get out of it doesn’t sound that great on paper, but it still translate to more than 141k of effective health. 30% of armor reduction with CP reduces the effective health of high armor targets by roughly 30% (not exactly, but it’s close and it’s easy to remember).

Note: The whole point of the post is to show that the first graph, the Damage reduction, is misleading and should not be looked at when it comes to how tanky armor makes you. The only relevant formula for tankyness is the effective health calculation, and there you clearly see that armor have no diminishing return. There is no break point where adding more armor yield less tankyness for each point invested.