Banshee made me realise how utterly broken reflexes enemies have – Warframe 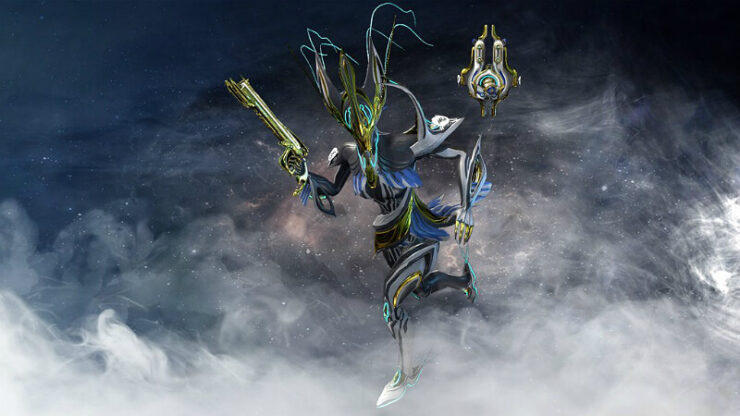 So, it all started off with me getting a Daikyu riven. Had no Kuva, so I went to the nearest kuva flood exterminate to get it.

And of all things I could have picked, I took banshee and Amprex.

Literally the second something appeared in front of me, I was shredded. I got oneshot by basically everything. Silence was literally worthless for me this time. Sonar didn’t do jack shit for me either because it always appeared in the perfect spot on the enemy for me to be unable to hit it.

I had no choice but to start playing Warframe like the slowest tactical shooter in existence. I haven’t used my Operator as much even in eidolon hunting. Slowly creeping around corners making sure that whenever I go, there is not a single enemy within half a kilometer. I slowly leaned out my cover, firing at enemies that were close. The very limited range of Amprex didn’t help either. And when I made one wrong step, I was on the floor bleeding out rapidly.

This is the day I finally understood what Grineer really are. When you are running around, oneshoting anything you look at with ignis, or nuking the whole map with saryn without even thinking, they might seem like a pushover. Like some miserable clones that will rot away by just being sneezed at.

This day however, when I wasn’t able to just delete them from existence, I finally got a taste of who they really were. They weren’t some worthless meatbags that barely hold a gun. They were the most skilled veterans of the Grineer army. The moment they saw a centimeter of your body, it was already gone. Shot off by crude, yet effective weapons. They weren’t going to run away crying like some miserable grunt, but stood towering over my Warframe, taunting me until I finally exposed myself and got torn apart by a Sobek, Hind, Grakata, or Kraken.

After 19 minutes spent in this hell, I barely managed to escape. No revives left, close to death, begging for mercy. But I did it. I have managed to survive.

To any of you reading this, you don’t have to wait for DE to release their difficulty update. Take a surprisingly weak frame, possibly top it off with dragon keys. Try to go for the highest level mission you can find. No abilities, no one to help, its only you and the Grineer.

To whoever survived this wall of text, good friggin job. And to myself, NEVER TAKE F!CKING BANSHEE TO KUVA FLOOD.

Because quite a lot of people keep commenting about certain things:

My Banshee had 220% power strength and enough range to have 30 meters on Silence. This, combined with the Grineer Galleon tileset, made Silence essentially a waste of energy as by the time I reached the enemies, they have long since recovered from the stun.

Additionally, I was in a KUVA FLOOD EXTERMINATE. So for the love of all that is fucking alive or dead or whatever, stop saying that “Banshe is totally viable for koova survival!”.