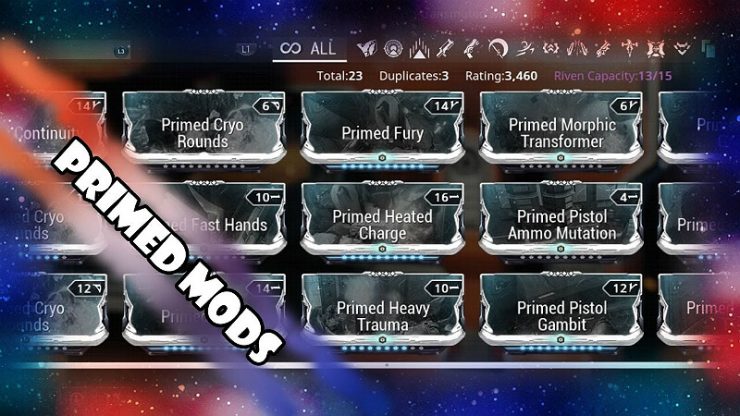 I just picked up my first Primed Mod (Pressure Point) and am looking to get another couple in the coming weeks.

Is there a general consensus on which are the most useful to have? 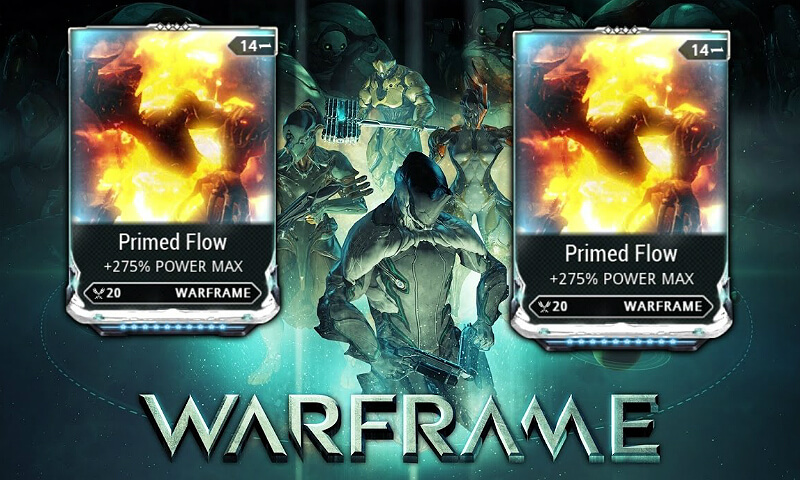 This is my personal list of all *Baro-brought primed mods in order from most useful to least useful.

Author Notes: Easily the best Primed mod to own. This is basically flat-out necessary for many builds, and is one of the most important mods you can have.

Author Notes: The critical chance boost from this mod is utterly insane, and is half the reason that guns like Akstiletto Prime, Euphona Prime, and (Ak)Lex Prime are the best in class for pistols.

Author Notes: This is the other half of the reason that the aforementioned pistols are the best.

Author Notes: This mod is what turns already strong melee weapons like Galatine Prime and Atterax into complete room cleaners. It’s also really worth mentioning that most mods with a Prime variant have 5 ranks at base (whereas all Primed mods have 10 ranks). Normal Reach only has 3 ranks, so the Primed version is a HUGE boost from the normal.

Author Notes: Melee weapons are the strongest weapons in the game currently, and this mod makes them even stronger.

Author Notes: It’s another pure damage mod that vastly increases your damage output compared to the normal version. Perfect for meta choices like the Tigris and Hek families.

Author Notes: Yes, this mod has a D Polarity. No, it’s not that hard to mod for. Since Hunter Munitions is basically the main meta now, and Viral damage is all the more important due to the slash procs from it, this mod is very useful. It really doesn’t hurt that Corrosive/Cold, Radiation/Cold, and Viral/Heat are all amazing elemental combinations too.

Author Notes: This mod makes sure you have Vacuum longer than you would otherwise. That alone makes owning this worth it.

Author Notes: This helps a lot with melee weapons like Zenistar or Silva&Aegis Prime who are looking to benefit from high-damage Gas procs.

Author Notes: Since pistols have so much potential damage from the Primed Crit mods, this just increases the damage further. However, a big caveat here is the fact that if you use this mod, it will heavily dilute the elemental procs you inflict…so you may get significantly higher kill times using pure Corrosive damage when against higher leveled (armored) enemies.

Author Notes: I imagine some people are a bit surprised with me putting this mod this far down the list, but in my personal opinion…unlike all the other mods I’ve listed previously…Primed Flow is simply not completely necessary for any builds. Don’t get me wrong, it’s an amazing quality of life mod…but with the sole exceptions of Energy Reduction sorties and to some degree builds utilizing Quick Thinking…this mod doesn’t bring much strength to any builds you make.

Author Notes: Great if you want to invest in an archwing, and a must-have if you are one of the few (there are dozens of us! Dozens!) that like Archwing.

Author Notes: Oh dear, we’re now getting into the really situational stuff. The only reason this is so high up is because of Index. If you have a rifle you really like using and want to do Index…this mod will make Index easier. Outside of that though, it’s not really that important to have.

Author Notes: If you’re doing long Void survivals for the challenge or for nostalgia’s sake…this really isn’t a bad idea. It also does work with the slash procs from Hunter Munitions, so if you end up not being able to fit Viral damage on your weapon, this is a viable option.

Author Notes: Basically the same thing I said about PBoCorrupted, but for Grineer. Possibly useful on weapons like boltor Prime that don’t have any crit or status going for them.

Author Notes: Infested are much easier to kill in the first place, but this is an option.

Author Notes: If you have trouble with ammo consumption on something like Twin Grakatas/Synoid Gammacor/Aksomati, this might be worth picking up. Carrier and Ammo Case can’t always keep up with these weapons.

Author Notes: Niche uses, like on War and Fragor Prime. In addition, it really helps with Atlas’s 1.

Author Notes: Use it on something like Ignis or Prisma Grakata if you’re shooting so much that Carrier can’t keep up or if you don’t want to use Carrier.

Author Notes: Prisma Angstrum can like it. Not terribly useful on much anything else.

Author Notes: The only thing that would ever really need this is the Kohm.