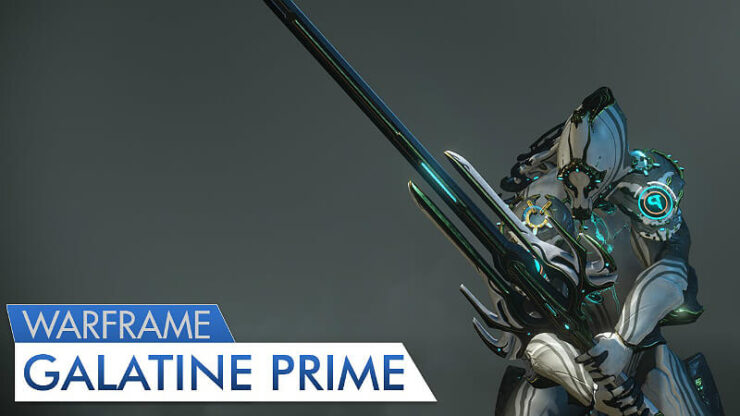 My personal build for the Galatine Prime weapon, since some people from my clan and friends asked for it and found it really useful, I thought I’d share some of my knowledge with everyone else out there, someone might find it useful.
The guide features a few possible variations for the build, basing on mod availability & personal preferences, they are all equally viable. 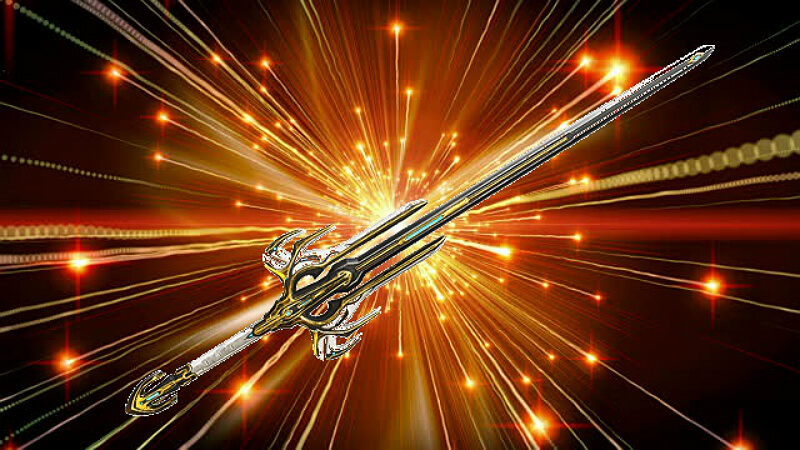 Hello everyone, this is my guide for the Galatine Prime. It features everything you need to know about the golden greatsword, from the acquisition to the end game viable builds, if you’re searching for anything specific, just skip to those chapters. Enjoy!

There are three ways to acquire the Galatine Prime.

Please keep in mind that Galatine Prime requires you to be Mastery Rank 13 to be crafted through your Foundry, or even to be able to acquire its parts through the in game trading. Why you ask?

Well because only the elite are worthy to wield it, of course! 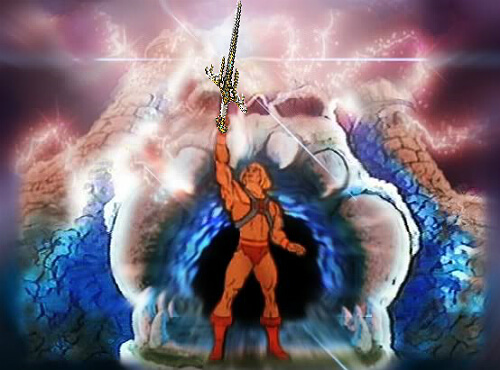 “By the power of Greyskull!” – He-Man proved himself worthy, probs already MR22 like me.

Can you use Galatine Prime without being MR13 then, you might ask? The answer is yes, but only if you purchase it through the Prime Access.

Now, moving on to method 3 explanation. You’re MR13 or close to hitting MR13, and you wanna start farming for the Galatine Prime parts to craft it. Where do you start? Well first off with the new Relic system you need to farm new relics to have access to the new Prime Access gear. At this point you might ask a series of questions (WHY WHO WHERE WHEN HOW AAAA), but let’s proceed step by step. There are 2 parts + 1 blueprint to be acquired, plus 15 Orokin Cells and some credits, in order to craft the majestic weapon, total 3 things to be acquired.

Now, if you go to your Codex, you’ll find out something really cool (assuming you don’t already know). 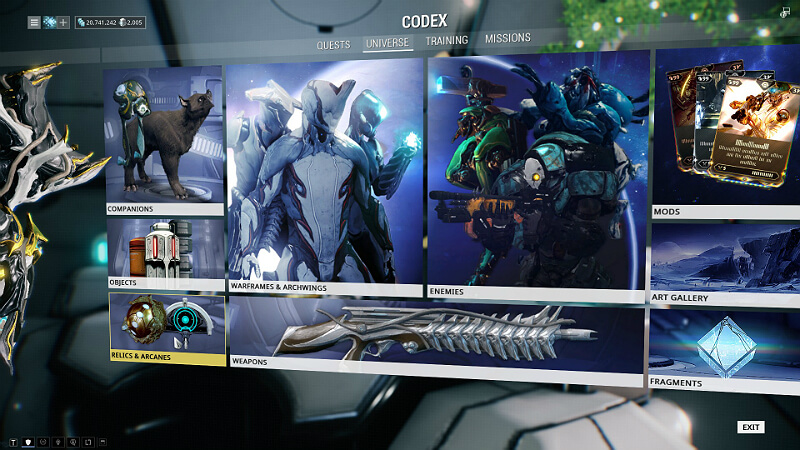 Browsing to the Universe section, you’ll find in the bottom left corner of the menu this mystical section.. don’t be scared, click it, you’ll find a full list with Relics and among those. 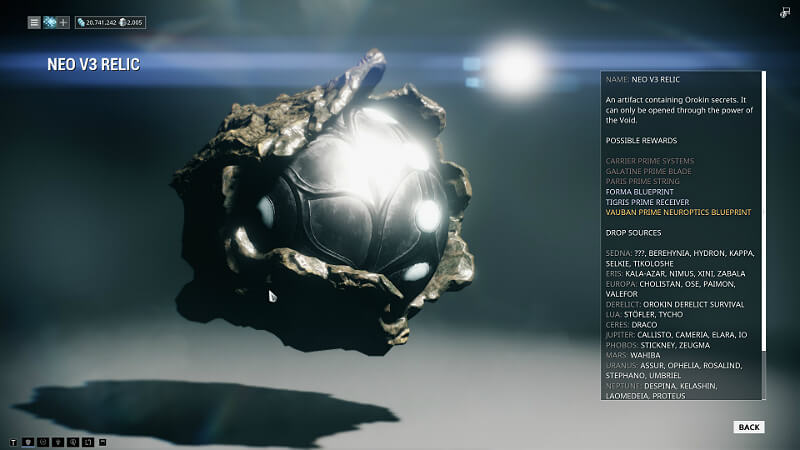 Jackpot! Relics with indication on possible drops, rarity and even drop locations! (assuming you found them at least once and you completed the nodes they are available on).

In case you don’t have any of the Relics required and have no idea where to start farming, worry not buddy, I got you covered.

Galatine Parts are found in:

For the BP I’d recommend running a Radiant Relic, shared with 3 other people who do the same if possible, to maximize your chances to find it. The Blade is common, so running Intact Relics should be okay, as for the Handle I think both Flawless and Radiant are fine to run with. Always try to team up with people running the same Relics!

I feel like most people just skip the whole thought behind builds and theory crafting, they just go ahead and post their builds without giving any explanation on it, resulting in people not understanding and just blindly following others’ builds and guides (often mediocre or entirely wrong) without being able to build on their own.

But again this is where this guide begs to differ, so without further ado let’s just take a look at the weapon’s stats. 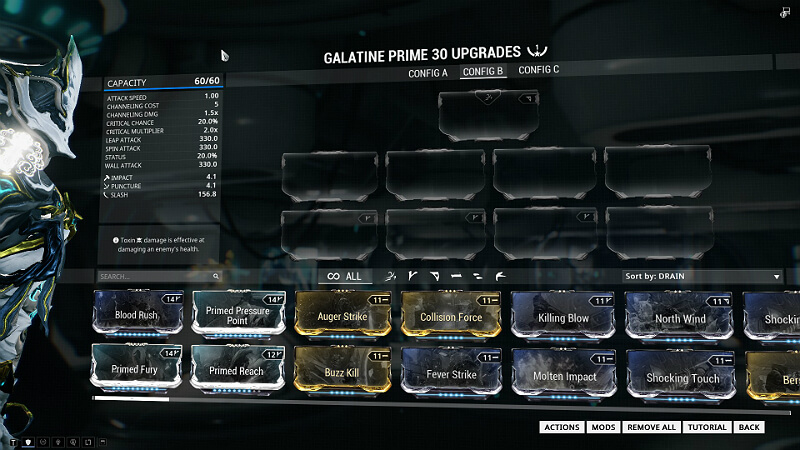 The notable stats are the high Attack Speed (for a greatsword that is), really high damage, 20% Status Chance and 20% Crit Chance along with 2.0x Crit Multiplier. In order to have a better idea of how powerful this weapon is, let’s compare it with its closest rival, the War. 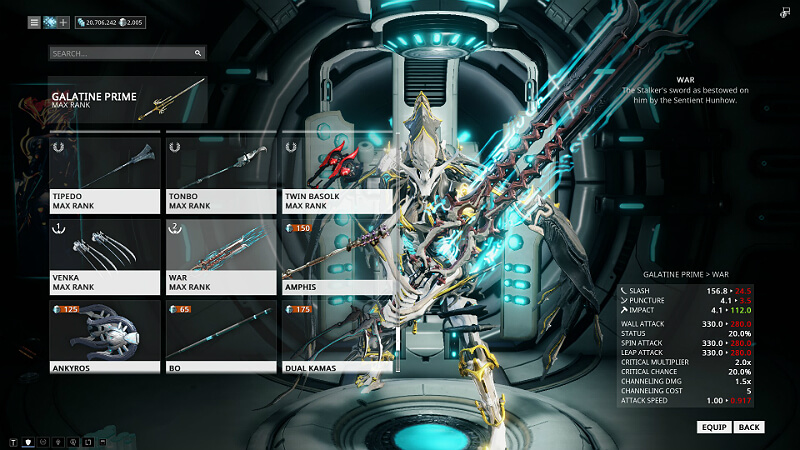 The Conclusions we can take are:

This being said we can say Galatine Prime is simply better than War on any aspect, the only downside of it being an MR13 locked weapon. It’s in my opinion one of the best melee weapons in the whole game. The build I’m about to show you is focused on the Crit stats we previously mentioned, which takes the most out of this formidable weapon, read on for the build itself.

Now that you’ve got your Galatine Prime, shiny, new and still hot straight out of the Foundry and that you understand what kind of weapon it is, let’s get straight into business.

This is the main build I usually run on the weapon: 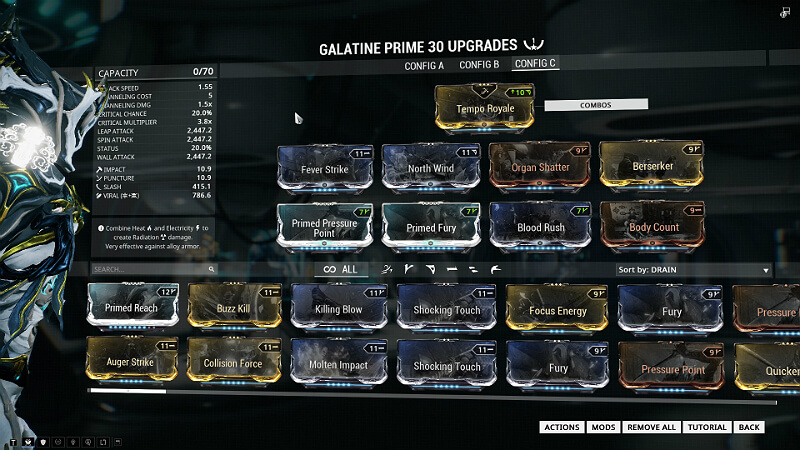 But as already mentioned I’m not here just to tell you what to do. I’m gonna tell you what I have done and most importantly why I chose to do so, which will help you understand some modding mechanics and help you with your builds in the future hopefully.

So what have we got? Let’s proceed with order:

However, since the weapon has such a high base attack speed, I find Primed Fury really makes a difference in DPS, both when starting the combo before Berserker kicks in, and after it did, giving me redcrits consistently, I’ve seen even more than when using True Steel, because of how many attacks it helps dish out in the same time.

(Please note this is not true for all crit weapons, and it’s a different matter with the standard Fury).

Let’s now examinate some other valid options for modding the Galatine Prime, both basing on personal preferences and/or Mod availability. 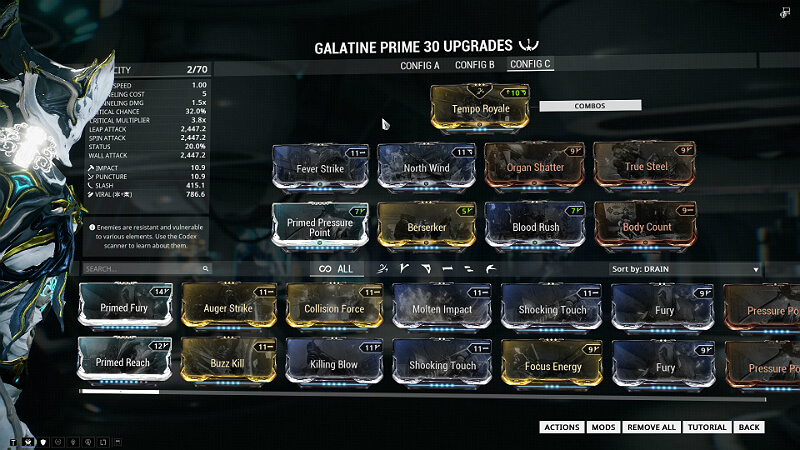 Plain and simple, swapped Primed Fury for True Steel. Less Attack Speed, more Crit Chance, someone might like it more this way, or maybe finds it harder to pull off combos at really high Attack Speed, or does not have a maxed Primed Fury. Whatever the reason is, still works fine. 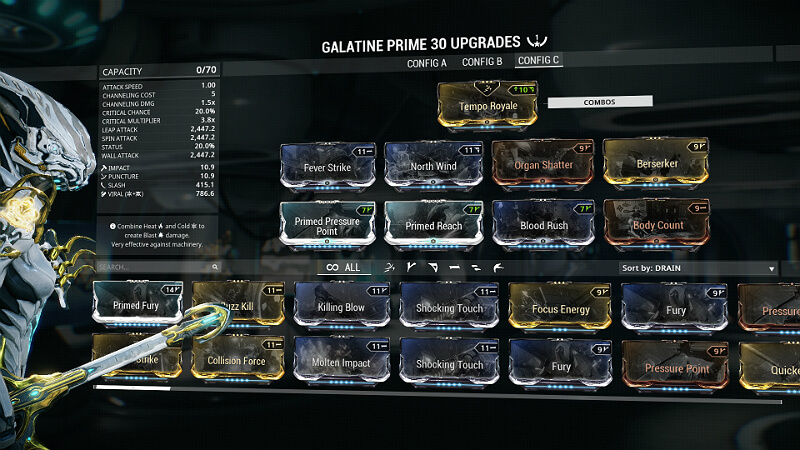 Again, swapped Primed Fury for Primed Reach, this will give us more AOE which can help close the distance quicker against ranged enemies and keep melee ones at bay by slicing them before they come in harmful range (even though I think Galatine Prime has already a good enough range for that to begin with), again personal preferences. Hitting more enemies at once also helps to proc Berserker, so it’s yet another Crit Chance valid substitute mod. 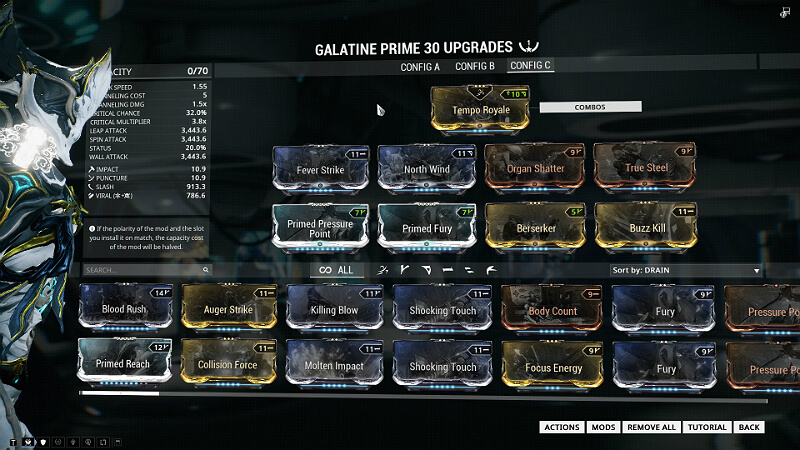 This one is quite different, it’s for people who either don’t have Blood Rush/Body Count, or just use their Melee weapons in between gunfire. This one has really good damage and speed, but won’t get into red crits and is overall much weaker and less viable in endgame if going Melee only. A third Elemental mod is also viable here. 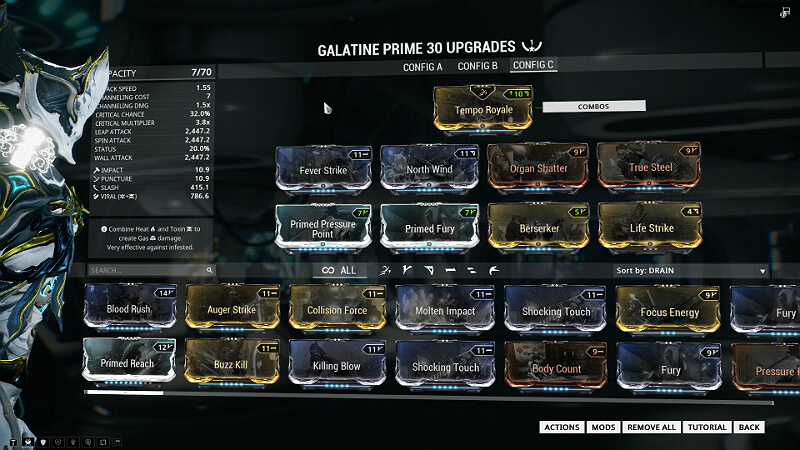 Same context for the previous one, but this one sacrifices some damage for a survivability feature with Life Strike. Unranked is okay, since it’s enough to refull most Warframes’ HP in just one or two channeled slide attack. Also good for those who don’t have Buzz Kill.

Galatine Prime is a really one of the most powerful melee weapons in the game, and the builds I just showed and explained works really well for me even in really high-level content.

Feel free to share your opinions and advices with me and others in the comments below, whether you agree or disagree with it, just keep it civilized.

Thanks for reading, feel free to ask me questions either in the comments or privately on Steam/Warframe (IGN: ApexPredator-EN-), I’ll be glad to provide anyone any sort of advice and explanation, also feel free to request about other weapons if you like this guide.

GTAmes
How do I get ready for Sorties? Warframe