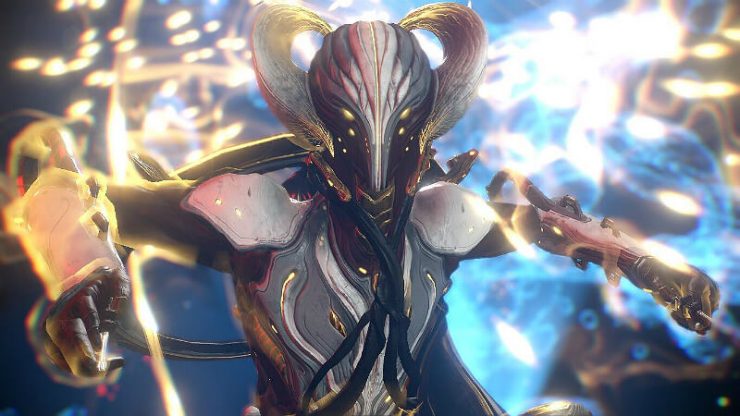 We’ve gotten 3 frames over the past month or so starting with Wukong, moving onto Ivara with update 18, and now with Nezha who came very recently. After the runaway success of Ivara as an extremely potent and versatile warframe, how does Nezha stand up in all of this?

Overall, he stands up pretty well in terms of being a warframe that’s just fun and has some good kinds of use. He does have a number of issues that get in the way of other kinds of potential he might have but what we got is a pretty decent contender.

When it comes to stats he’s pretty weird. At max he gets 225 health and shields which is on the low side overall when it comes to any warframe. However he makes up for it a little by having 175 armor which might seem weird to give a lower HP frame that much armor but the armor actually serves a different purpose than you would normally expect. He also has an average energy pool for caster warframes at 225 which further reinforces that his skills are vitally important to him. His sprint speed is 1.15 which helps him avoid damage just a little bit better. He also comes with a “-” aura polarity, a “V” mod polarity, and a “D” mod polarity.

It should be noted that he has a very prominent passive effect. When sliding on the ground you’re slide speed is increased greatly. This makes him my favorite relay frame because he makes traveling from point to point easier.

Like most warframes his abilities play a significant role in how he survives and provides assistance to the team. Let’s go over them and how they work together to create who he is and what he does.

All of his abilities base stats: 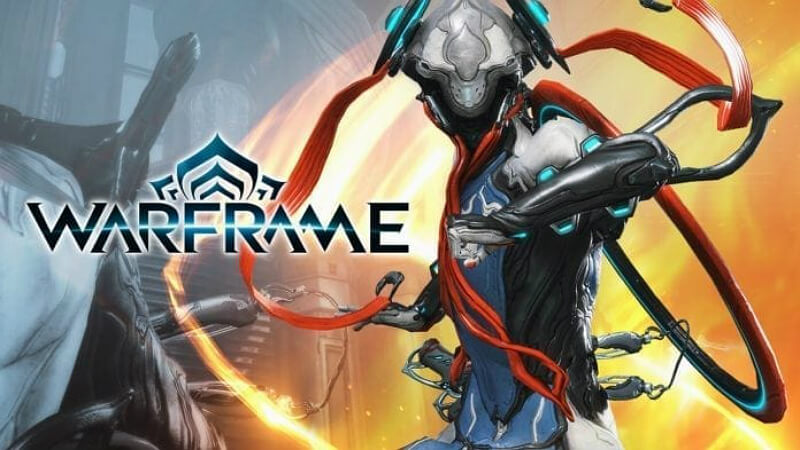 As you walk a trail of fire is left behind. This will deal damage to enemies that cross it with a pretty high chance of dealing a fire proc causing them to flail around and not do anything for a period of time while also boosting your speed for as long as you have this channeled.

This ability strongly encourages you to run around like a complete idiot to spread as much firey ground as you can. The boost in sprint speed further increases the speed at which you slide allowing you to slide at even higher speeds and create as long of a trail of fire as you can to stun as many enemies as you can.

Overall the damage of this ability is very weak. It’s able to put a helpful chunk in mid-ranged enemies health if they get stuck in it via a flame prock but past that there isn’t a whole lot to get out of the damage it deals.

Should be noted speed boost is not affected by mods.

One special aspect of this ability is that it has a pretty potent synergy with the next ability. 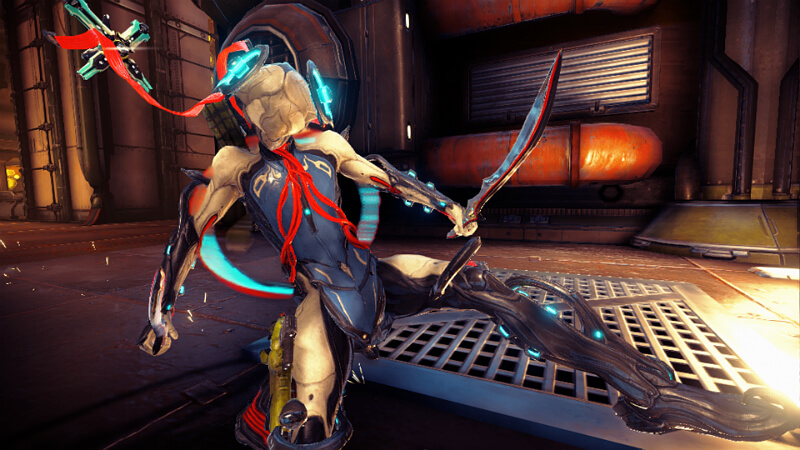 When you use this ability you throw your flaming hula hoop forward a great distance that you can use to hit enemies with or utilize as a teleportation ability by pressing the ability key again. If you hit an enemy with it they will be ragdolled and temporarily marked with a special effect while also set on fire. If killed while marked they will explode in a burst of healing energy that greatly heals everyone in the vicinity.

There’s a surprising amount going on with this ability. Overall it’s not the greatest at what it does because it’s held back by a few big flaws but it can still offer a nice amount of use. This can be used as a long distance teleport that can take you up to 35 meters that is unaffected by mods. Not only does it go that far, but it can also travel further than that with a little bit of trickery. The chakram will return after it has been out for a set period of time or 35 meters if it has not bounced off of anything. As a result if you angle it properly you can get well over 35 meters of each cast. In many cases you can effectively double the distance you can travel.

It also possesses slight homing powers when bouncing off an enemy. In many crowded situations I’ve had it bounce from one person to the next in ways I’m almost certain defy physics. Which is pretty great since this means more than 1 enemy is able to provide health and gets knocked down.

Moving on to the synergy with Fire Walk that I mentioned. If you have Fire Walk enabled when you teleport, the location in which you teleport to will be hit with some pretty heavy damage. The “explosive damage/range” you see in the first ability is what that is referring to. This attack is actually quite potent even if the range isn’t too great it can still be quite useful with a bunch of added strength and range. Do note upon teleporting Fire Walk is dispelled.

As for how useful this ability is in practice, it struggles a little bit. Damage wise it’s not good unless you combine it with Fire Walk which can put you in some situations you might not want to be in as a result of the close proximity you need to teleport to, the knockdown is single target or usually hits up to 3 things so it’s not the greatest, and the heal has a very small range on it which takes too long to set up for something that requires you to be so close unless. As a mobility skill though, it’s great. I do have some problems with seeing exactly where I will go because of the nature of the fast moving disc, but otherwise it works great for mobility. 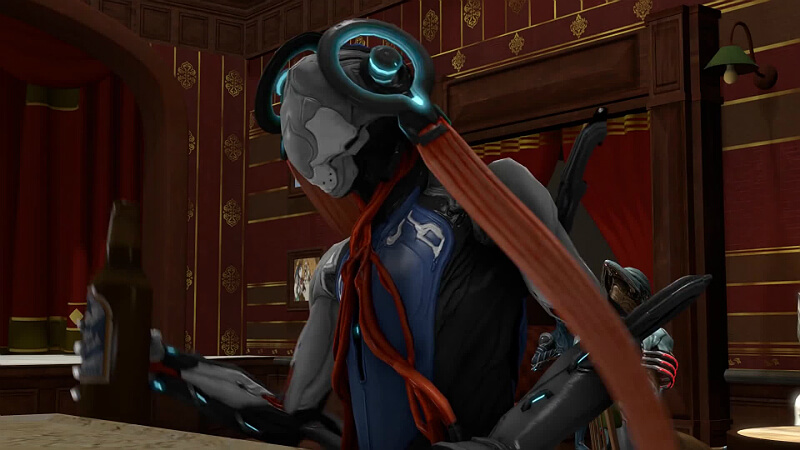 So when a mommy chroma and a daddy rhino love each other very much…This ability happens apparently. It’s basically a mix of fire wards damage with iron skin’s… everything in a slightly weakened state. 3 second invulnerability that is unaffected by mods and converts damage taken into damage you can absorb on top of the damage it already takes in. This is where your armor comes in as this ability is affected by your armor rating. It’s because of this ability that it might be a little more effective to forgo vitality for steelfiber whenever possible as this ability is what you’ll likely rely on to not die because of your lacking HP.

It’s kind of lackluster. It’s pretty much a carbon copy of iron skin, but worse, with a small added effect of damaging things that have to be right up in your face with next to no damage to back it up. It can stagger things that get near it but the range is so tiny that I’d be impressed if it stopped any melee unit before it manages to get a few hits off of you. Because of Nezha’s frail shields and HP risking the cast to utilize the 3 seconds to it’s fullest might be a bit too risky since it’s casting animation takes 2 times as long as iron skin. That’s not to say it’s not useful, it can certainly save your skin on many occasions. However as it stands, this probably one of the most unoriginal abilities in this game. 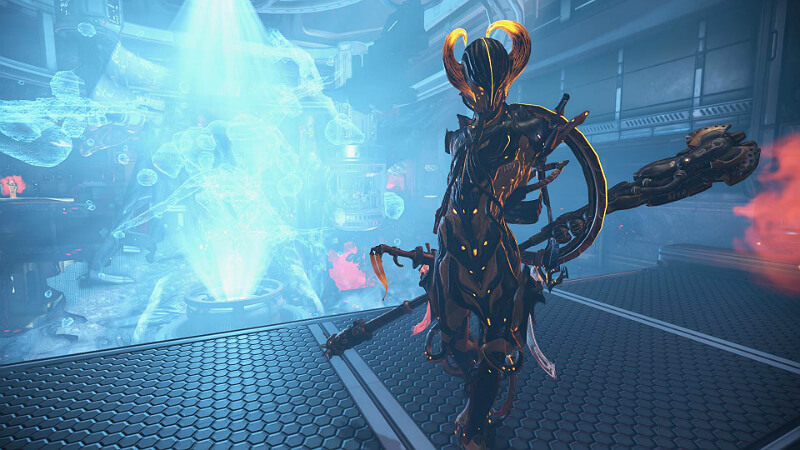 When cast, every enemy within a set radius will be impaled on their own personal pike. During the duration they will be out of combat and ragdolled on the end of their spear. Once the duration ends or you cast it again the spears will recede and the enemies will take additional damage equal to that of the initial impale.

This ability is pretty useful as a utility. At base, it’s range and duration isn’t that bad for what it can do which is effectively take a large amount of enemies out of combat for quite some time allowing you to shoot them all in peace or leave them for later.

As a damaging skill, it’s not terrible but it has nowhere near as much use as other damaging ultimates. But a total of 1200 base damage by the time you cast it with its long casting animation and having to turn it off is too much for the pay off. In late game content it’s better used to keep enemies under control than to outright kill them. 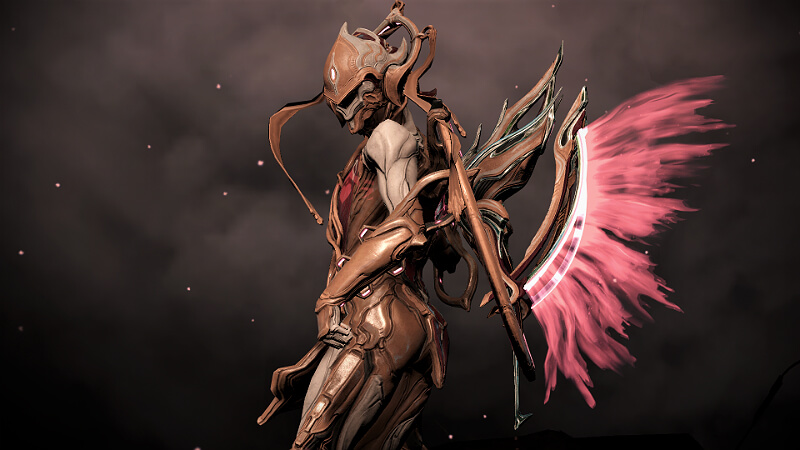 He’s not the most useful by any means but he can still have his uses even if many other frames just do a better job. Just don’t expect him to really excel in anything aside from mobility. The biggest takeaway I have for this warframe is that he is a potentially really good warframe all around that’s barred from reaching his potential by numbers that are so low they are kind of hard to mod around and make them good overall. Low damage almost across the board, utility, and support is good but it affects too few things a lot of the time, all wrapped up in a nice package that took 3 time longer to wrap than was needed. Having casting speed on him would be a wise decision.

I personally enjoy him a fair bit but not so much to where I would say he’s worth the grind. He’s certainly not enough to justify the time it takes to farm or buy him. If only he wasn’t so hard to obtain, if he was easier I’d be able to recommend him a lot more than I would now. He’s fast, he’s fun, and he does have his uses despite having a lot of flaws.

GTAmes
A Guide for Hydroid from an Endurance Player – Warframe