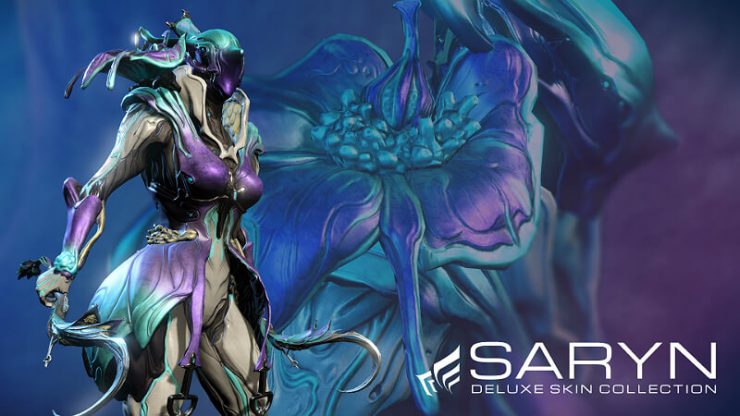 This build is a balanced Miasma build for Saryn. It does not maximize damage, but rather gives a solid performance in damage, survivability, and energy efficiency with minimal sacrifices.

Any stars you see below the name of either the Warframe or weapon in the pictures presented in this guide represents how many forma have been put into said Warframe or Weapon!

Ok to start I’ll show what I use for my build. 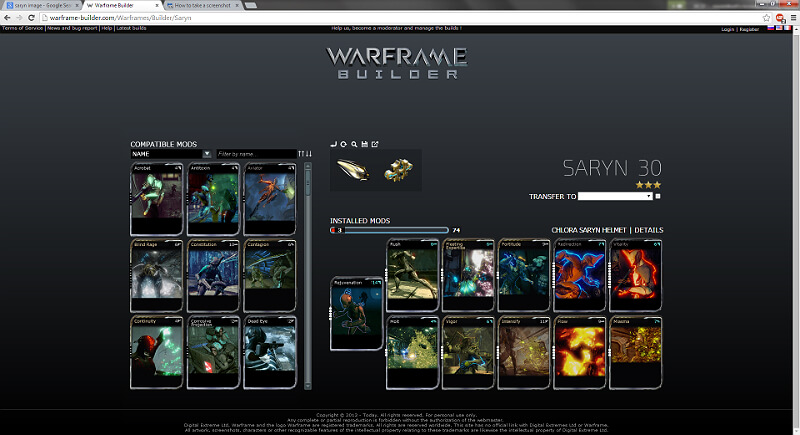 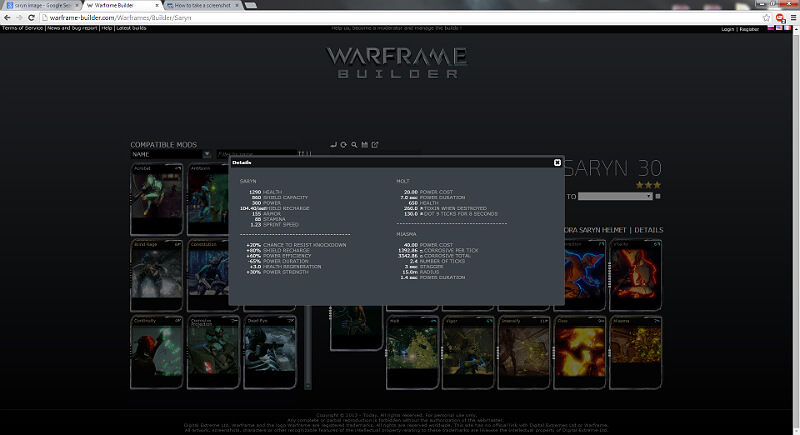 I used Fleeting Expertise, as would any Saryn user would, as it is a base requirement for DPS. I do NOT use streamline as I am not using Blind Rage so putting more than 2 ranks in it would be a waste. So by not using Streamline, Miasma costs 40 energy and I get a different mod of choice instead.

Vitality, Redirection, and Vigor and pretty self-explanatory. Some may say its overkill to apply 3 defensives mod just for survivability, but when you solo high-level defense or survival missions you’ll thank me.

Fortitude is help recover your shield faster (very very very useful) and helps prevent that infested ancient, or scorpion, or shockwave moa from knocking you around (also very very very useful). Do NOT get headstrong though, the knockdown resist is only 20% so still use caution, ESPECIALLY with ancient disruptors.

Rush is kind of necessary because although Saryn is cool, strong, and uhhhh voluptuous?….she is slower than a sack of ♥♥♥♥ rolling down a hill on a rainy day.

Intensify is pretty self-explanatory, your miasmas will hit harder.

Now Flow I prefer because I’d rather be a bit more reckless with my Miasmas and I also have Molt, although one could replace Flow with Stretch should they so desire, but keep in mind you will have 150 energy and Miasma cost 40 energy.

Rejuvenation over Energy Siphon because it costs 1 less forma and I already have Flow and Fleeting Expertise. I’ve had Rejuvenation get me out of some serious trouble in some mission while soloing or otherwise. Teammates and companion/setinals benefit from this as well. So well worth it my opinion, ALTHOUGH, if Ancient Disruptor, Blitz Exterminus, etc hit you, you will lose energy and be in a bit of a pickle.

Finally, the last thing, Molt. Some may ask “Why would you ever put Molt in a Miasma build?”. Well my answer is simple, 1. This is not your typical Miasma build, 2. it got buffed :D. So Molt is a 20 energy decoy skill that when it dies, it blows up in a toxic fume. Enemies will go OUT OF THEIR WAY to kill this thing. Like run past you and run for the clone….so much for the intelligence of the A.I. >.>. Also 1 more side note, since Update 14, I believe, it removes ALL status conditions that currently affect you. So all those “STD’s” that she had, she just molted away. She’s clean as can be……I think…..

For those of you who are like “Dude…your Miasma are weak as doggy doo doo” here is a straight up Miasma build focused entirely on Miasma damage and we can compare and you can see for yourself what you give up for your “DPS” build. (Please note people do this build differently let’s not argue semantics when the core of the build is in place. 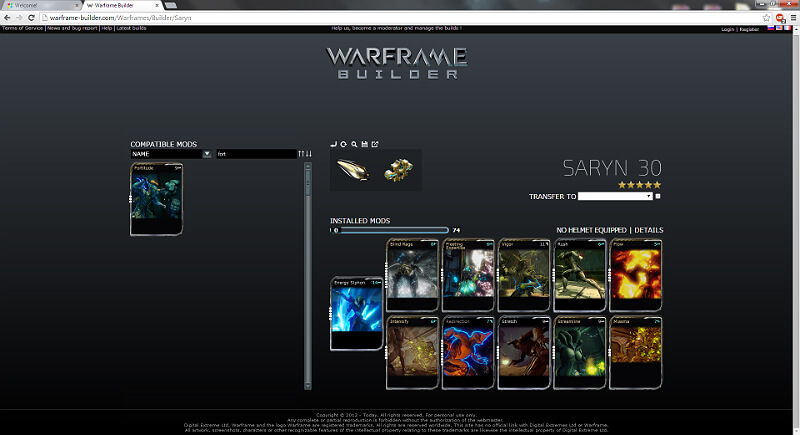 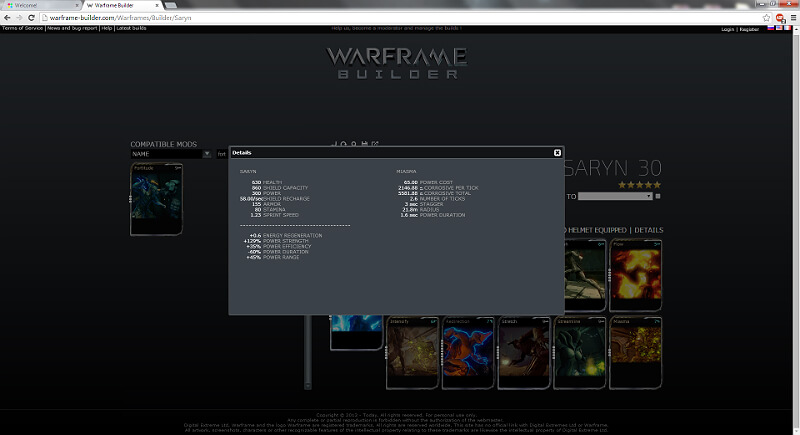 As we can see here that clearly this build does more damage, like 2000 damage more…that’s a lot and hard to ignore. Still look at the rest of the stats here.

With this build you gain:

With my build you gain:

As stated before my build does NOT maximize damage but balances survivability with damage and energy efficiency. You will not do as much damage as the alternative but you will last longer than most, and mostly likely picking them off the ground after they jumped into certain doom. Here you can at least see the differences.

This build uses the Arcane Cholera Helmet as does the alternative build. I for got to put it in the alternative build and I’m too lazy to fix it, but it DOES NOT change anything between the differences. The Miasmas do the same damage except over 2.4 seconds rather than 2.6 seconds. If you don’t own this helmet its fine no biggie, not gonna change much.

This section and beyond I will discuss the weapons that I currently use, although this is ENTIRELY personal preference and DOES NOT affect the actual Saryn build in the previous section. This is here soley for those who are curious. Here you’ll see what I meant by “Lack of elemental variety”.

I use Paris Prime currently until I’m fortunate enough to get Dread, but the build itself is the same. I will post it for both weapons so that you may see the differences. 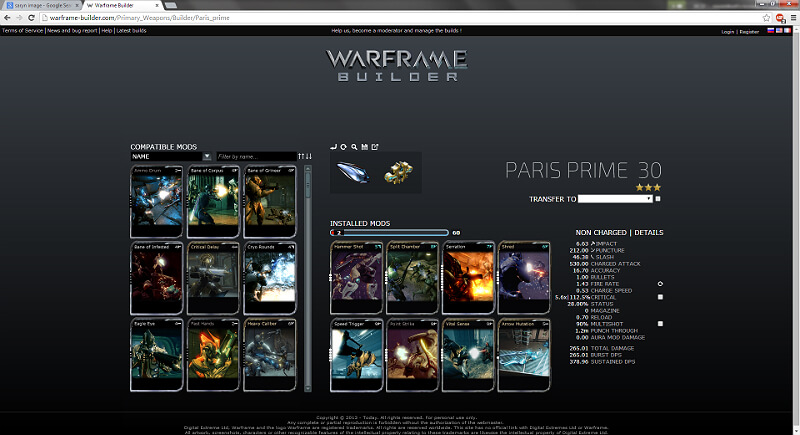 This is a crit build that I use.

Now check this out on the Dread. 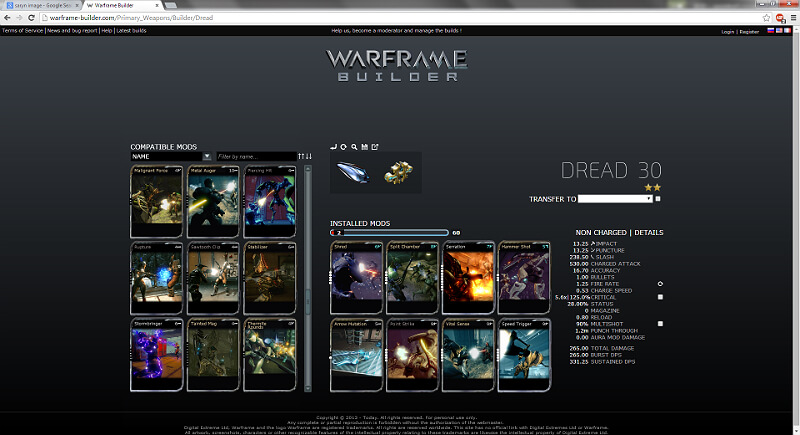 The reason that the stats say the sustained damage and all that is ~300 damage is because it does not figure in your crit chance. That is base damage. So 300×5.6=1680 would be more accurate, and red crits would be more like 1680×2=3360. This is rough estimation but its enough to give you an idea.

For my Secondary, I use Akmagnus (although I have been tampering with Akvastos with the same build). Once again this is a Crit build, although some would say foolish, but give it a chance…please?… 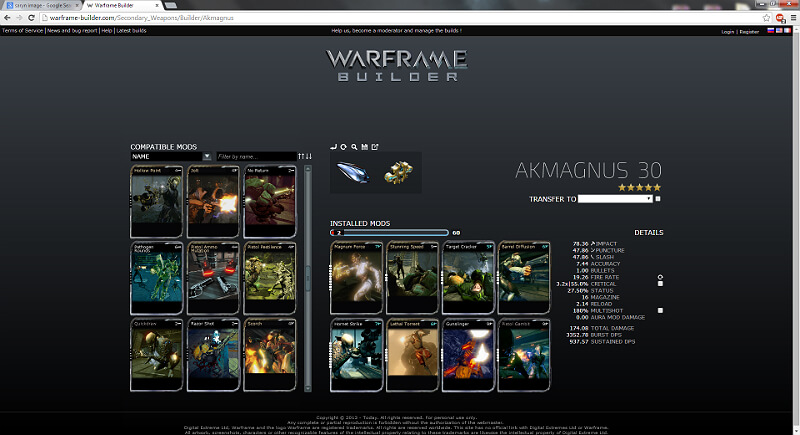 This build is,…you guessed it a crit build, and I use Dual Ichor Axes. They synergize well with Saryn, particularly if you are running a contagion build with her, and they also provide decent crit stats as well. Also a neat little feature these weapon have, which provide an edge over alternative like Nami and Sklya and Dual Zoren Axes, is that they ignore shields on trash mobs. Try it out sometime in Europa or Jupiter. Not sure if it is a bug or not but pretty sweet nonetheless. 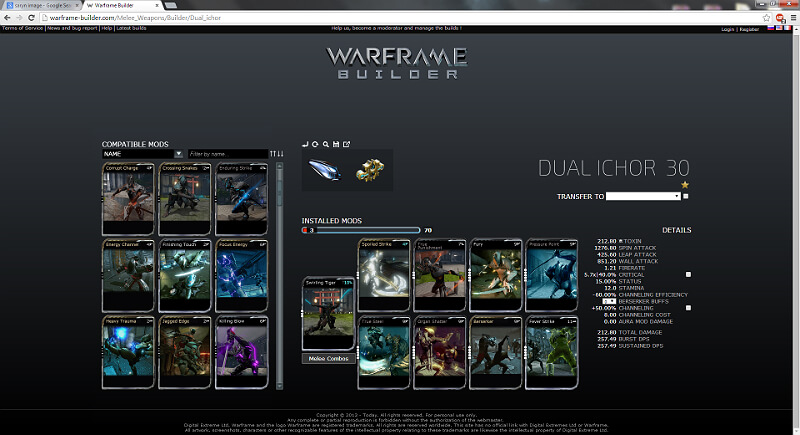 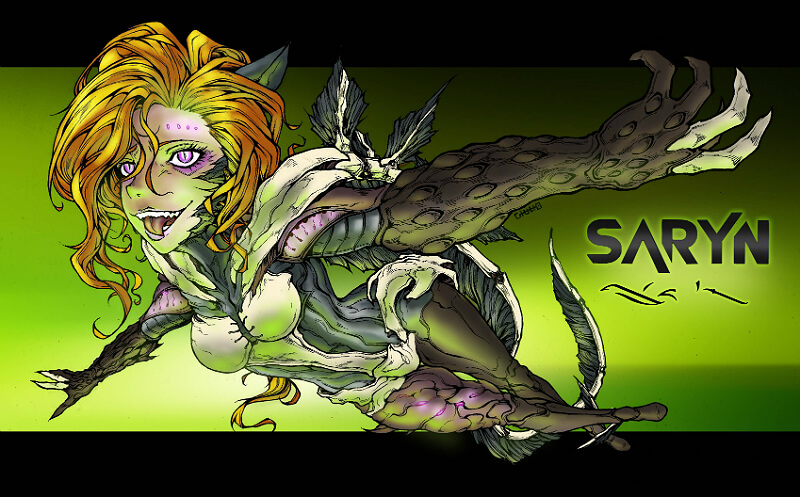 So there we have it folks! A complete rundown of what I use on my Saryn plus a little extra. I try to give as many pros and cons as possible to help people understand the advantages and disadvantages of the different builds out there. Hope this helps even a few people. Let me know what you think. I’m welcome to feed back, and hopefully, I can get some gameplay footage on here so you can see it in action!