The Problems with Vauban – Warframe 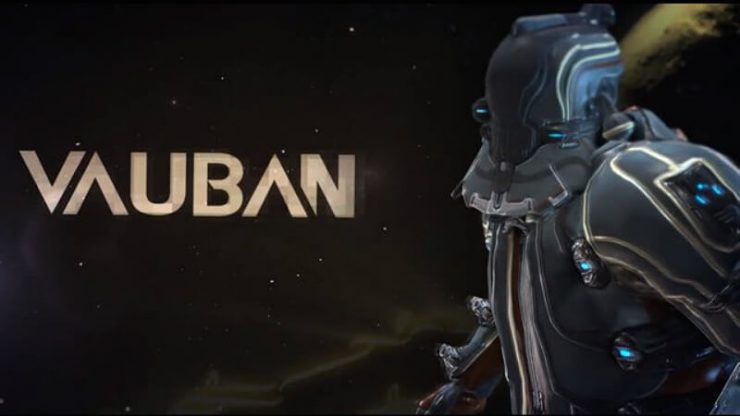 Vauban’s a one-trick pony. His 3 and 4 are the only real reasons to use him, and that needs to change if he’s going to stay relevant as open-world zones become a larger part of the game. My ideas for a rework involve some much-needed QoL buffs, and giving Vauban the option to play a supportive role instead of just pure CC.

One of the things I’ve always loved about Warframe is the relative freedom you have in terms of building your frames. You have a lot of Novas that focus on slow or fast Molecular Prime, but she’s also great for PoE or other large maps when using Wormhole and it’s augment. Oberon can be built to tank and support allies with Renewal, provide CC with high-range Hallowed Ground or Reckoning, or a mix of both. Trinity is very well known for having Blessing build and Energy Vampire builds, and she can even build around Link to become a surprisingly good tank.

What sort of crazy and creative builds have people come up with for dear Booben, you might be wondering? Max range and/or duration with Repelling Bastille. That’s it. You will be hard-pressed to find any other sort of end-game build for him. Some favor duration a little more, some more range, but the specifics don’t matter; they’re all functionally the exact same build that rely on Bastille or Vortex, and prioritize Range and Duration to maximize their usage of those two abilities.

While it’s clear that Vauban is really only used for his 3rd and 4th abilities, there’s no denying that they’re probably the best CC powers in the game, so what’s the big deal? He’s still good, right? He is, but only if you use a variant of that one build. Hell, without it’s augment, Bastille would be kinda mediocre, leaving him only with Vortex.

What I’m getting as it that Vauban needs a rework. Maybe not as badly as Ember still needs one, but with Plains of Eidolon already developing its own metagame and Venus shipping later this year, his pure CC abilities aren’t nearly as desirable as they once were. Even with max range, he isn’t really going to be doing anything to distant enemies or ones flying above his head, and don’t even get me started on how underwhelming he is for Eidolon hunts.

Vauban is easily one of my top-3 favorite frames, to the point where I bought the Vauban Prime Access pack without any hesitation, but his issues are making it harder to use him as time goes on. To help convince DE to take another look at him (as unlikely as it is now that they’re focusing on Venus, and about to vault his Prime variant to boot) I want break down what those issues are, and what some possible solutions might be. 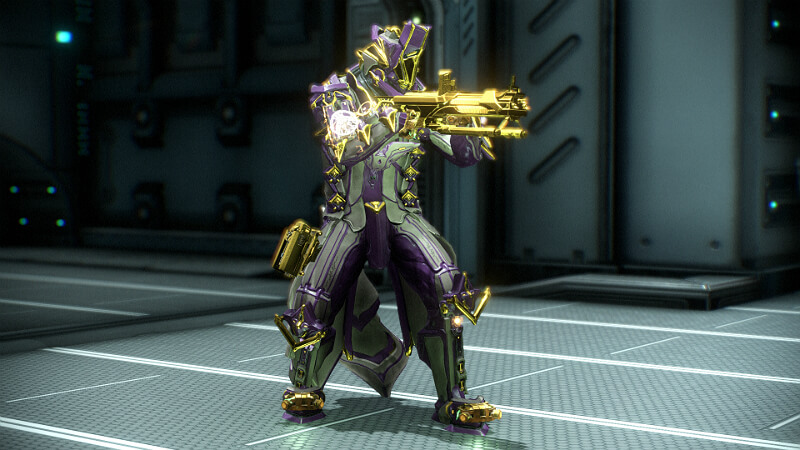 Let’s take a look at his abilities:

Passive | Reinforce: Rant incoming. This passive is complete and utter garbage. This ability give Vauban 25% armor for every ally within 20 meters. Vauban only has 50 base armor, and Vauban Prime only has 100. Even with a fully leveled Vauban Prime, a maxed out Steel Fiber equipped, and the full 75% bonus armor from your three squadmates, that only gives you about 370 armor, or about 55% damage reduction. Wouldn’t be that bad on other frames, but Vauban gets shredded like tissue paper by anything over level 40 because of his mere 100 base health, and that’s not even getting into the fact that the 20 meter range is TINY. This game has some of the most fluid movement ever, and you expect everyone to stand by Vauban to give him pitiful amounts of armor? Did I mention that it literally does nothing in solo play? Completely bonkers. This passive is so thoroughly useless that it makes you wonder why DE even bothered.

1 | Telsa: While not as offensively terrible as Vauban’s passive, Tesla’s by far one of the most underwhelming 1st abilities in the game, which is really saying something. Pitiful damage, okay-ish status chance (50% for an electric proc), slow fire rate, and limited charges on top of having set duration. Despite being clearly intended to be spammed for quick and easy damage or CC, it costs 25 base energy to cast, which makes it’s energy economy pretty bad. It’s kinda fun to cover a teammate with them during low-stress missions for a poor-man’s light show, but that’s pretty much it.

2 | Minelayer: I’ll be honest, Minelayer’s fun, but the practicality is severely limited. Like Tesla, they’re clearly meant to be used fairly often, but with a base 50 energy cost, they’re too expensive for what little they actually do.

3 | Bastille: Finally, a ability worth using. Bastille has a base duration of 15 seconds, base range of 10 meters, and can completely immobilize up to 12 enemies (affected by power strength) within that range. It can last a really long time and become absolutely MASSIVE if modded correctly, which makes it an excellent tool for shutting down entire rooms and protecting defense objectives. However, once the max number of enemies are captured, new enemies entering the field will be unaffected until one of the currently captured enemies are killed. This is where the problems begin. The fact that Bastille will capture new enemies over time makes having a limited number of captured enemies quite understandable (if it were unlimited like Frost’s Avalanche or Rhino’s Stomp, the ability would be completely unbalanced), but the fact that it does literally nothing to enemies after that limit is reached really makes Bastille a mediocre ability without its augment. That’s not to mention the lack of control you have over which enemies are captured, so if you cast it to escape an attacker, it might not even work.

4 | Vortex: This ability sucks, but in the best way possible. It has a base 6 meter range, and 12 second duration, which gets pretty insane when modded correctly. The Vortex pulls in all enemies within range and ragdolls them, leaving them completely vulnerable. It’ll even make all affected enemies open to melee finishers, and may add magnetic procs to some of them, making it devastating when combined with Condition Overload builds. The only bad things I can say is it can be a little buggy sometimes. While playing as a Client the vortex itself doesn’t always appear exactly where you tossed the grenade, so you might need to recast it sometimes. Used to be you could toss Minelayer grenades on enemies inside it and they’d activate, but it doesn’t seem to work anymore.

Now that I’m done telling why everything but Vortex is actually bad, let’s talk about how he could be fixed. Obviously I’m not expecting any of this to actually make it into the game, but I feel like making suggestions regardless. In general, my idea is to let Vauban keep his duration/range build, but also let him benefit from investing into power strength if he wants to. In addiction to CC, Vauban should also be able to provide a small amount of support for himself and his allies. 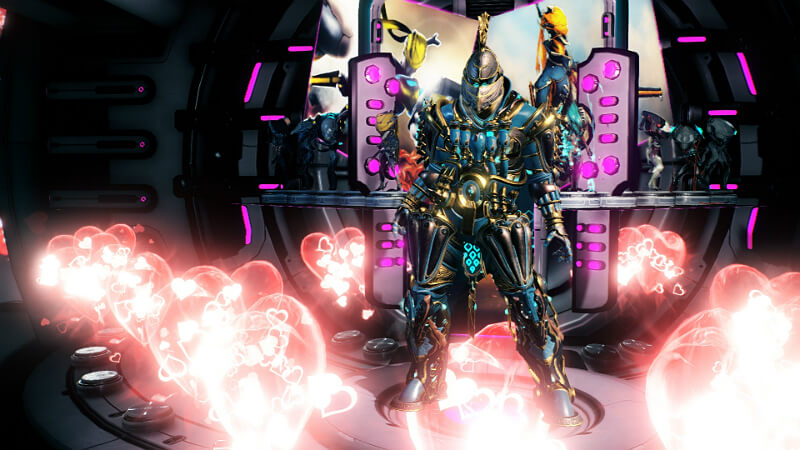 Passive: Honestly don’t have any solid ideas for this, but almost anything would be more useful than Reinforce. I kind of get what DE was going for though; Vauban was named after French engineer Sébastien Le Prestre de Vauban, who was primarily known for his genius in designing military fortifications, so why not let him ‘fortify’ himself around allies? Decent idea, but utterly terrible execution. Here’s a potential solution: Give Vauban a small amount of passive energy regeneration even when playing solo; maybe 0.4 per second? Make that number increase by another 0.3 with one ally within affinity range, plus 0.2 when there’s a second, and plus 0.1 with three. If there are any other Vaubans in the squad, they should always give 0.4 energy to the effect. This means having one Vauban with three allies within affinity range would let add 1 energy regen per second to everyone, or with four Vaubans, 1.6 energy per second. The number is small, but it’ll be noticeable even without Energy Siphon, so it’ll encourage the same behavior that Vauban’s current passive does. However, the effect being more useful and being easier to use will be a huge plus, and allies benefiting from it will encourage them to stay together.

1 | Telsa: Turn it into a Grineer Arc Trap, basically. Give it a constant electric arc that has a high proc chance, and reduce the casting cost to base 15 energy so it can be cast more often. Instead of a set duration or number of charges, Telsas should have a “battery” that lets them fire on enemies for a base duration of 20(?) seconds before exploding, dealing minor blast damage in a small radius. Firing on multiple enemies at once will deplete the battery faster, and each one can only affect up to four enemies at a given time.

2 | Minelayer: Reduce the base cost of all mines to 25 energy.

** Augment | Minethrower: Minelayer doesn’t have an augment yet but I came up with one anyway. All of Minelayers abilities are faster to cast, with faster projectile speeds and greater throw distance, but activate on a timer instead of when an enemy touches it. Getting a direct hit on an enemy while the mine is being thrown will cause the mine to activate instantly, regardless of the ability’s normal conditions. Bounce will only activate once, but will affect enemies in an AoE instead of one at a time like normal.

3 | Bastille: Instead of making Repelling Bastille a part of the base move, Bastille should slow free-roaming enemies the more enemies it has captured. This means that Bastille will benefit from power strength increasing its capacity, and using lower power strength will still make Repelling Bastille worth using. Vortex should also be prioritized over Bastille, and rip enemies out of the net, allowing it to capture other enemies as if they died.

4 | Vortex: Fix those bugs I mentioned earlier, and that’s it. Already a great ability.

So that’s my two cent on Vauban. Do I think DE will listen? Probably not right now, what with Venus and the Sacrifice being the big things they’re working on, but you can bet I’m going to be talking about this periodically in the hopes that I can eventually annoy them into doing something about it.