The respec system in Fallout 76 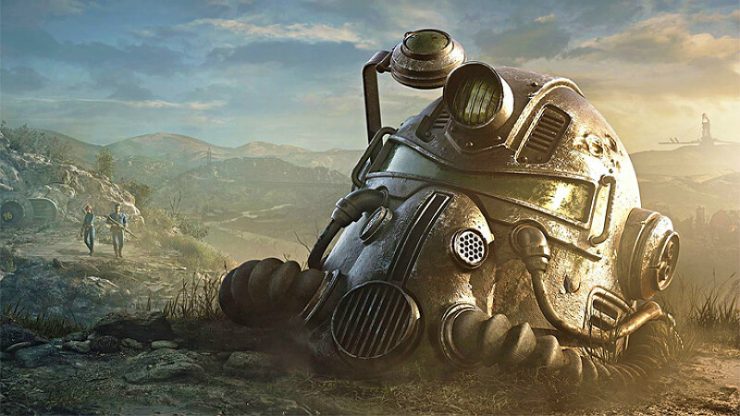 The respec system in Fallout 76 is possibly the worst one I’ve ever seen in any game.

On Fallout 76’s first substantial patch rolls out. It includes a few new features, but the notable one for this thread is a respec feature. Something that the community has been wanting, literally, since before the game was announced.

For the uninitiated, respecs (respecialization just in case that is not clear) is a welcome feature in pretty much any game with a skill system, but especially so in games like Fallout 76 where players are encouraged to spend as much time as possible on a single character. When you first start playing, maybe that perk that makes two-handed melee weapons stronger is attractive, but later you realize you want to go with pistols instead. Oops! Now you’ve wasted a perk. Fallout 76’s skill system is pretty simple: Every level up you get to choose one perk card, and one SPECIAL attribute to increase.

Enter respec. Most games have a similar idea of how it works: An in-game currency of some kind is exchanged, usually a small amount, to let the player re-allocate their skill points. This is an effective system that works well. It makes it so the player isn’t punished forever by their mistakes. I would argue this is ESPECIALLY important in a game like Fallout 76, where the perks available at higher levels are not visible at the low level, so you choose blindly. Maybe Endurance looks appealing at the low level, but then you’ve poured a bunch of points in and decide you don’t like the later levels, and wish you had rather spent those perks on Strength later.

Now that my unnecessarily long preamble is over, let’s cut to the chase of how Fallout 76’s respec actually works:

SPECIAL Respec: After level 50, you’ll be able to choose between a new Perk Card, or moving a SPECIAL point you had previously allocated.

This is… bad. Respec will only be available once you make it beyond level 50 (which is post-game leveling, and there is no endgame content). On top of that, you will only be able to respec one attribute at a time, and you will have to do it instead of taking a perk that level. This means that if, say, you have only three points of Endurance you no longer want, and would rather invest into Intelligence, you’ll need to level up 6 times: Three to move the SPECIAL attributes over to Intelligence, and another three times to actually pick three Intelligence perk cards. And to top it off, you’ll still have those three Endurance cards hanging around forever, three wasted levels that you are never getting back.

If you make a mistake before level 50, there will be no option to actually correct it until you’re there. Which means you have to fix the mistake by taking the attribute you want at the next level, thus wasting any levels that you want to undo. Then, once you’re finally there, you need to do them one by one each level, at the cost of not being able to take a perk card that level. No other RPG respec system works in such a tedious fashion, and I cannot imagine the thought process behind it.

NOTE: ^This seems to be a sticking point with people. To elaborate a little more, the maximum value of any SPECIAL attribute is 15, which means at level 50 you wouldn’t need to re-allocate each one (because surely you would leave some where they are). My response to this is that it means it is LESS of a grind than I initially suggested (I will take the full L on that for not elaborating further) but it is still a ridiculous grind of one level = one point of respec. Then ON TOP of that STILL having to choose new cards that you missed out on at an additional one level each.

So yes, I overestimated the grind and I acknowledge that. I 100% stand by that it is still an absurdly grindy system that is more punishing than simply starting from scratch.

But that’s not all. Tomorrow’s patch (December 4th) has another interesting nugget:

Enemies: XP rewards for killing high-level creatures have been reduced.

High-level enemies are the only viable way of leveling up post-level 50! They’ve taken a respec system that was already a grind and made it even more of a grind by reducing how fast you level up.

Now there are people who have said to me “this way is good, you shouldn’t just be able to just change your build whenever you want”. That’s fine, I guess. I don’t really agree with that, especially in the context of Fallout 76, but I understand how some folks might feel that way. Personally, I would have opted for a one-week lockout or something to curb people changing builds all the time, but hey, what do I know?

The problem with that is that, as far as I can tell, it will now be more efficient to make a new character and level them to 50 than it will be to respec a non-trivial portion of your skills. If it takes more time to respec than it does to start over from scratch, the ENTIRE PURPOSE of the respec has been completely defeated. You are effectively given the option of respecing at an absolute crawl only after the game is over.

I do not understand who thought of this system. There are some things that would make a respec system challenging (Fallout 76 gives you random packs of perks every so often, and they probably don’t want people to abuse respec to re-roll those packs), but ANYTHING would be better than this. I am just… baffled.

NOTE 2: Also, to the people who repeatedly tell me I’m speaking in hyperbole, no. I said it’s possibly the worst I’ve ever seen, because I have never seen something that I think is worse than this one for the reasons I’ve gone over above. That isn’t hyperbole. I legitimately cannot think of a game with a worse respec system. If you don’t agree that’s 100% okay with me, but please don’t repeatedly tell me that it’s hyperbole.

NOTE 3: Several people have accused me of “obviously” not actually playing the game (as if the only way I could dislike this system is if I don’t actually play). I doubt an album of images would convince those people, but here are a few pictures taken throughout my adventures with my group:

My Fallout 76 character and group 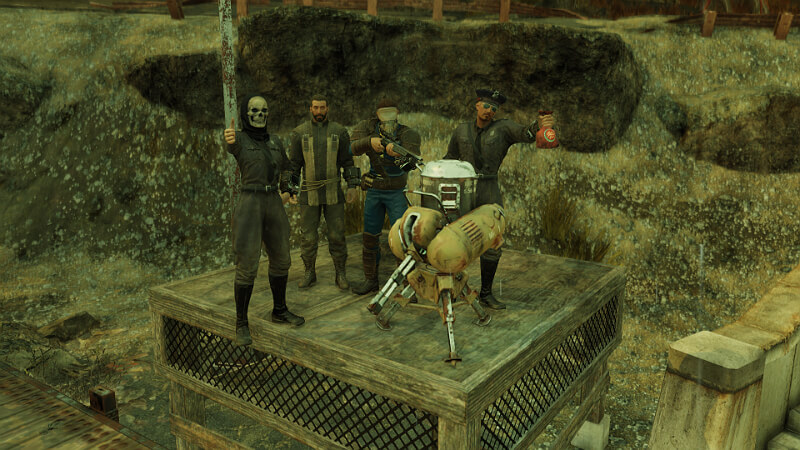 This was the last photo taken from the open beta. We built that platform and the turret to fend off the hungry Mirelurks that were swarming us from the nearby lake, from a power plant in the Cranberry Bog.

My character is the dashing priest who goes around asking everyone I bump into if they’ve heard the good word of Todd. 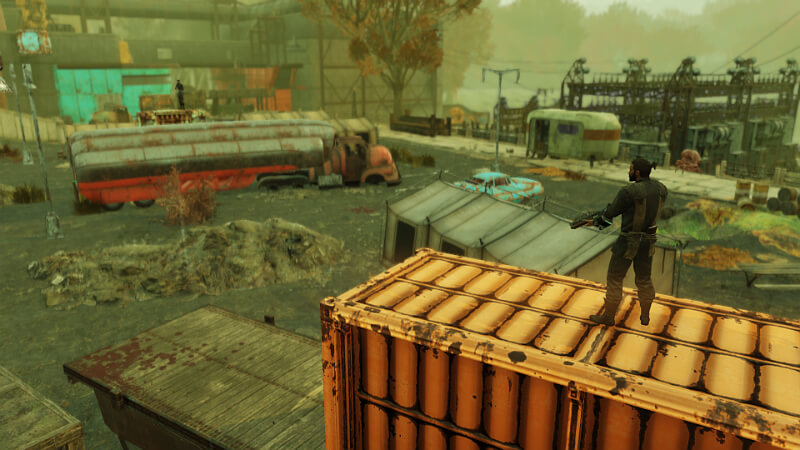 Here’s us cowering on other objects from the same Mirelurks (you can see them walking up from those pylons on the upper right of the image). 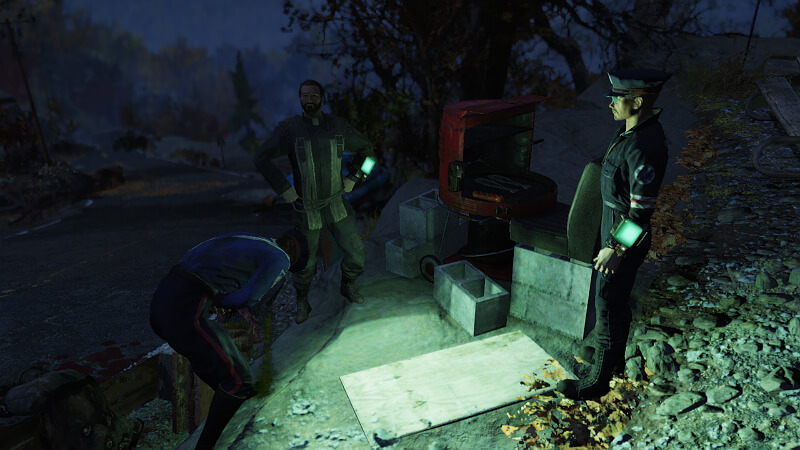 We found a hot dog. It made him vomit, but it made me proud. 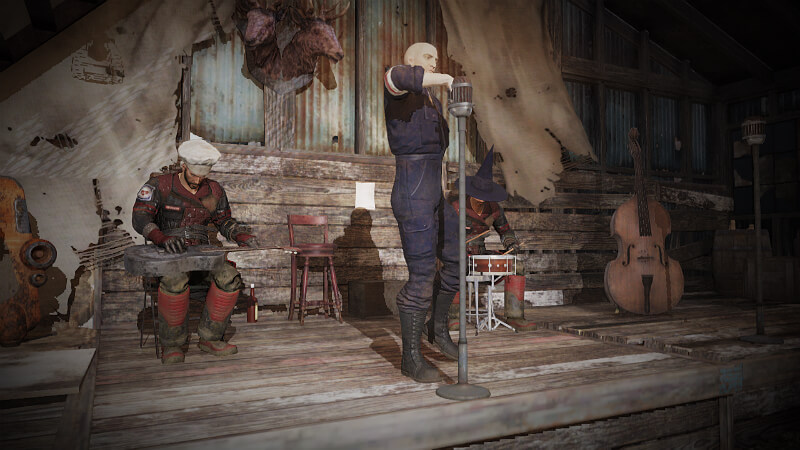 I started roleplaying as a firehouse chef. We started a band. 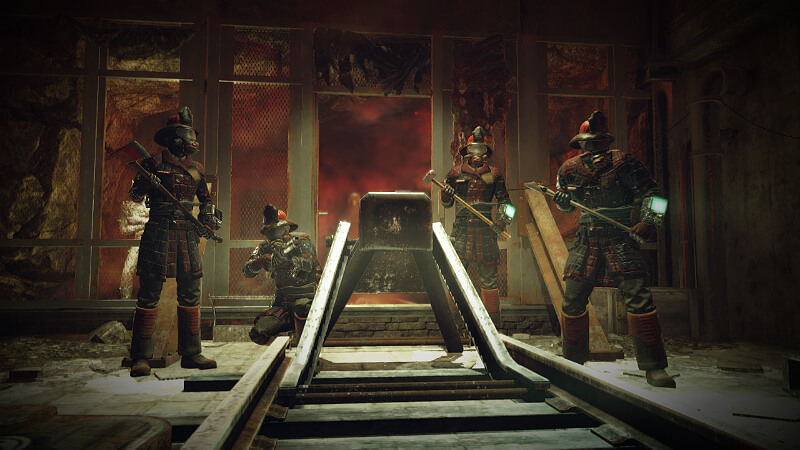 And just because I think this picture is cool.

NOTE 4: Also yes the “haha you bought a bad game you have no right to complain” posts are totally sick burns. I’m not sitting here saying that the game is the worst thing ever, nor am I calling it a masterpiece. I just decided to share this one thing that was bothering me because I’d never seen anything like it in other games.

Constructive criticism is healthy and should be encouraged regardless of my own enjoyment of the game. There is a world of difference between “whining and complaining” and actually talking through the reasons why I feel this particular aspect of the game is flawed. Good Lord.