How to activate Arcade Gannon’s Quest “For Auld Lang Syne” 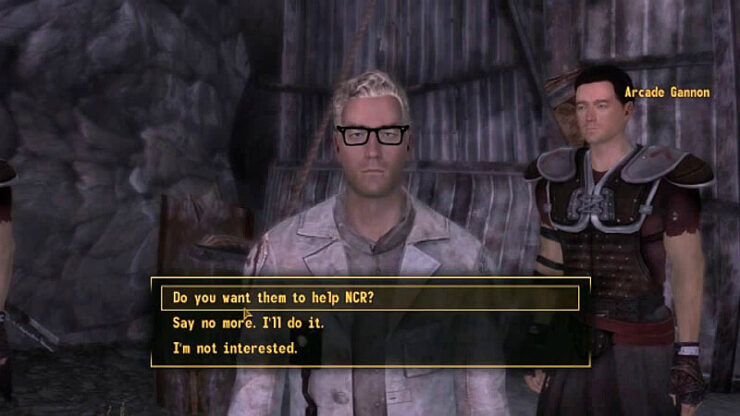 The quest “For Auld Lang Syne” is a quest you can unlock if you have Arcade Gannon, a Follower of the Apocalypse, as a companion. There are certain tasks you have to complete and certain places you have to visit in order to trigger the quest. If successful you will be granted your very own Enclave power armor and help from the Enclave during the battle of Hoover Dam.

The Qualifications that You Must First Meet 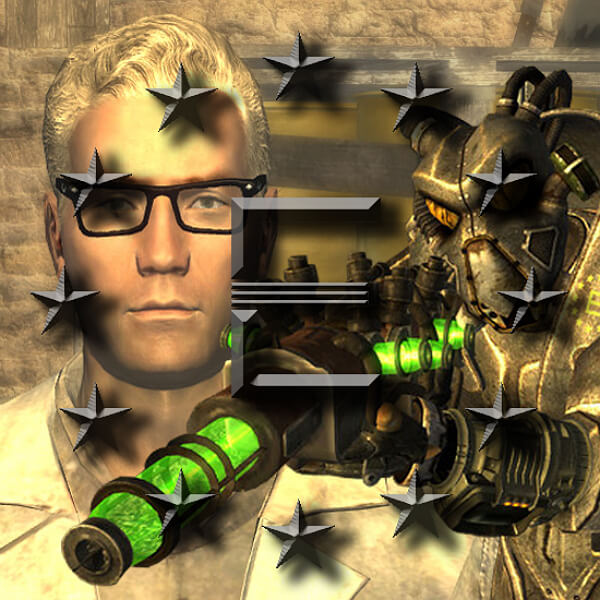 This quest can be hard to unlock, because there is a lot you have to do to get Arcades trust to reveal his quest or even to be able to have him as a companion. So first what we will be going through is what you need to get him to be your companion.

If you meet all of these qualifications then head on down to the Old Mormon Fort and look for Arcade. He is a skinney white guy with blonde hair and glasses, and he wears the FoA lab coat. Ask him to be your companion.

Arcade hates the Legion. So don’t do anything to help Caesar out. Do not kill civilians or NCR soldiers. For this quest you need to be a “good guy”. Don’t do things that are morally wrong or evil. 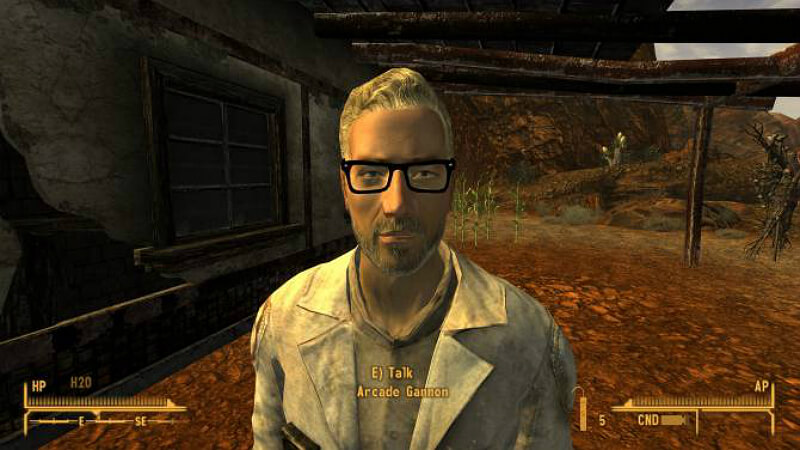 I warn you, this guide may contain spoilers!

Now this is where the fun begins. You have been granted the wonderful pleasure of having Arcade Gannon as your loyal companion. Simply talking to him via the companion menu will not do anything to unlock the quest. You have to gain his trust. And there are many things that you can do to do this. If you didn’t know, in Fallout: NV there is a system where companions give you “trust points” whenever you do something they like. Once you have obtained enough trust points your companion will open up to you and ask you to do a quest for them. I believe every companion does this. So here is what you need to do to earn Arcade’s delicious trust points.

There are a number of things you can do. I suggest you unlock the Explorer perk. This perk allows you to see everything on your Pip-boy’s map, Including areas that you have not yet discovered. First, visit the Crashed Vertibird. Obviously Arcade has to come with you.

Here is the location: 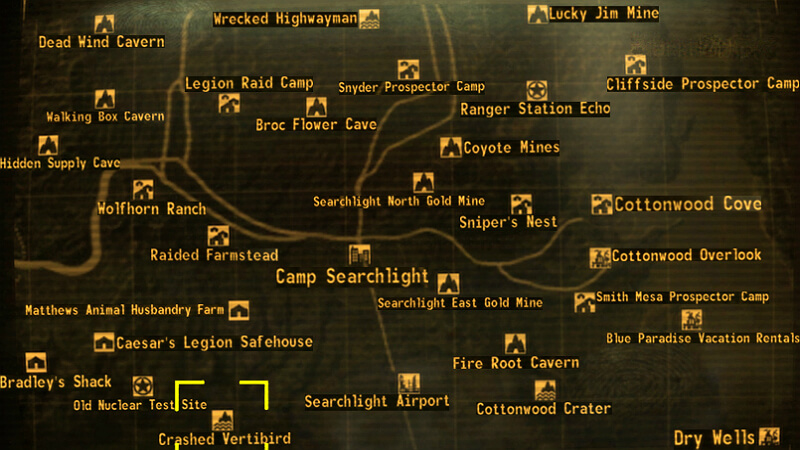 The vertibird is a pre-war aircraft that the Enclave used. There is a crashed one in FNV believe it or not. And no, you cannot fly it, but don’t worry, at the vertibird you will find a Tesla Cannon Prototype! What is this TCP you ask? Well it is a shoulder mounted laser cannon! But it will be in♥♥♥♥♥♥poor condition when you find it. Anyways, back to topic. Go to the crash site. There you will find Pre-war Army robots guarding the crash site. You must defeat them. Advance toward the vertibird and gaze apon it’s former glory. you have to wait there until Arcade talks to you. You will not earn the trust point unless he talks to you.

Congratulations! You have earned a trust point! (That is if he talked to you about the vertibird.) But we are not done yet, far from it. We need more of his irresistible trust points. The next way to obtain a trust point is to talk to Thomas Hildern in Camp McCarran. He is inside the main building on the first floor. The enterance to his lab is near the staircase. 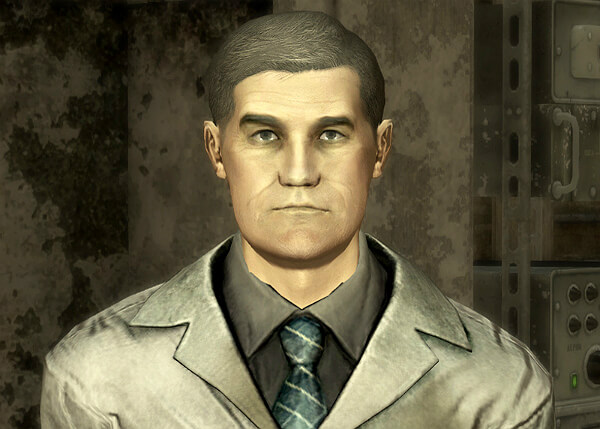 Talk to Hildern about anything. He will give you the option to do a quest about Vault 22. If you are in a hurry and want to get this done then do not accept his quest and come back for that later. Almost immediately after talking to Hildern Arcade will come up to you and talk to you. Say the following to Arcade:

“Good thing there are still people like you around.”

Saying this to him is what gets you the points.

ONWARD! OUR TREK IS NOT OVER YET!

Next you need to visit the REPCONN Headquarters building. Once again, you don’t get the trust points until Arcade comments about REPCONN. And that’s it for that… Moving on! 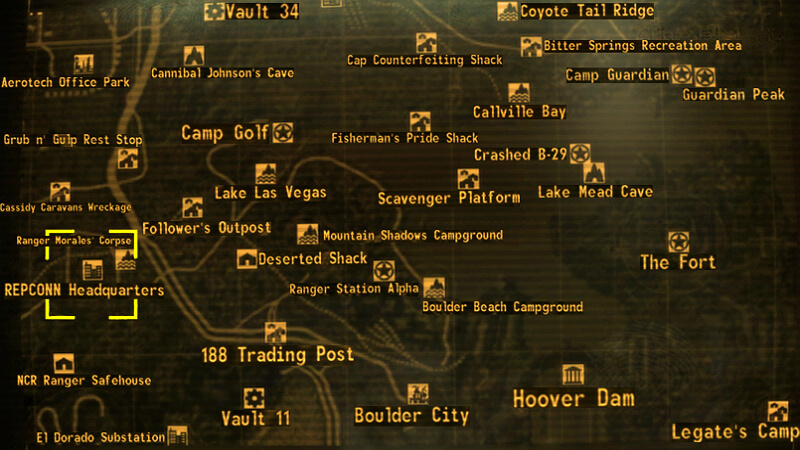 Our next destination is… THE FORT! Dun dun dunnnn! *Thunder*

Well, most likely you are vilified by the Legion. So how do we get in? There are a few ways. The first is to kill a Legionary and put on his uniform, but Legionary mongrels can sniff you out and alert everyone. Your next option is the sneaky way. Good luck with that. Do you guys remember our old friend Vulpes Inculta? No, anyone? He’s the Legionary who wears the wolf pelt and talks to you in Nipton. He shows up a second time after you have first confronted Benny and when you leave the Tops Casino. He will meet you right when you exit the casino and give you the Mark of Caesar which allows you to enter Legionary territory without being attacked.

Now to actually get into The Fort you need to go to Cottonwood Cove. Once there you must go to the docks and get on the raft. The raft will take you to The Fort. And yes, the place is filled with Legionaries. 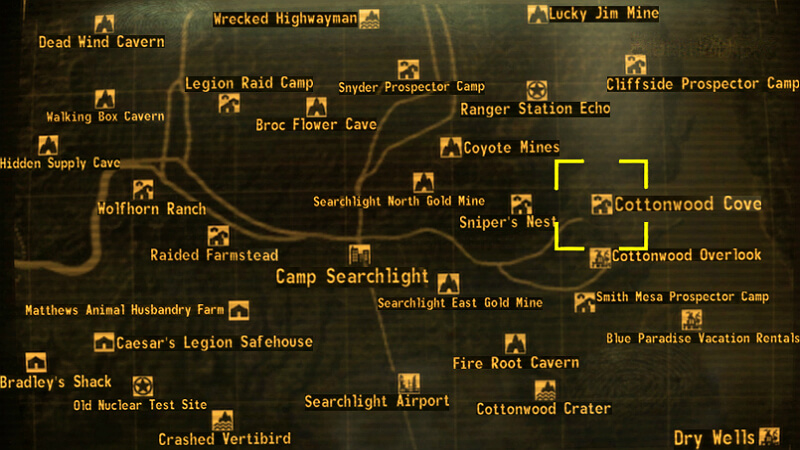 When you arrive at the Fort Arcade will kindly ask you why you are at the notorious Fortification Hill. Tell him that you are there to see what Caesar is up to, after that you can leave.

By now Arcade should have given you the quest. If not there are a few more things you can do. If you have not done so already, complete the quest “That Lucky Old Sun” with Arcade by your side. When you are given the choice on where to send Helios One’s power Arcade will suggest sending the power to Fremont and Westside. You can do two things here to gain points. You can agree, or you can divide the power equally. If you choose to divide the power equally you are going to need 7 Intelligence to say: 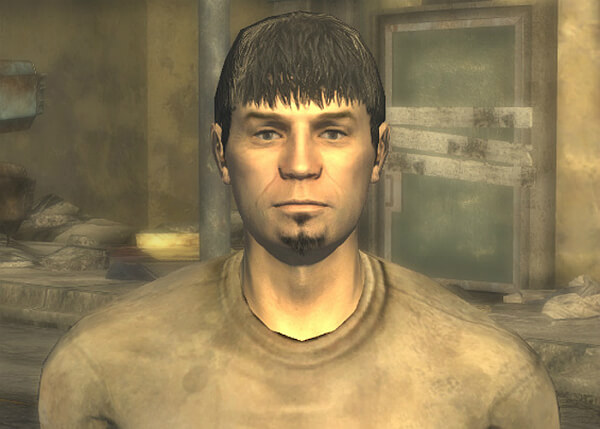 To start this quest you need to talk to Lieutenant Boyd about missing people at Camp McCarren. She can be found inside the main building. You get points by keeping Anderson’s secret and telling the NCR that Cpl. White was killed by Scorpion gang members.

You can also gain points by helping the FoA while having Arcade as a companion. 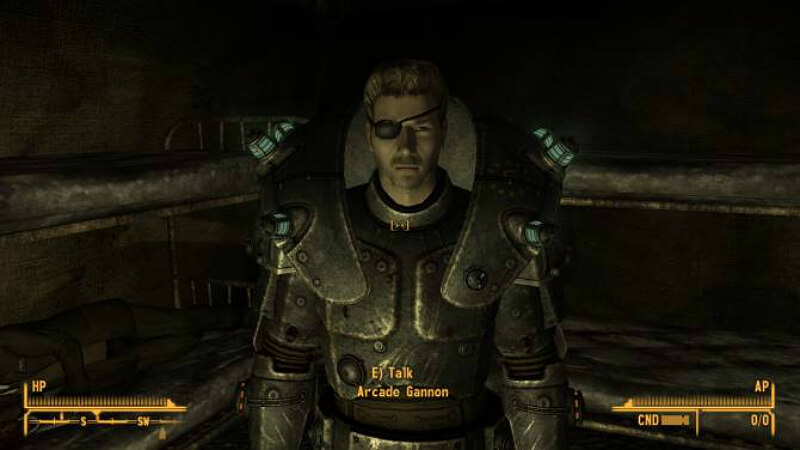 If you have done at least two of the things you can do to gain Arcade’s trust then you should be ready to move on. I suggest you do more just in case you don’t have enough points. Now you need to trigger his quest.

Choose one of the following quests:

These are the quests that determine what side you will fight for during the battle of Hoover Dam. After choosing out of the options listed above Arcade should talk to you and give you the quest.

WARNING, IF YOU DO NOT WANT THE QUEST SPOILED THAN SKIP TO ARCADE’S SPECIAL POWER ARMOR. 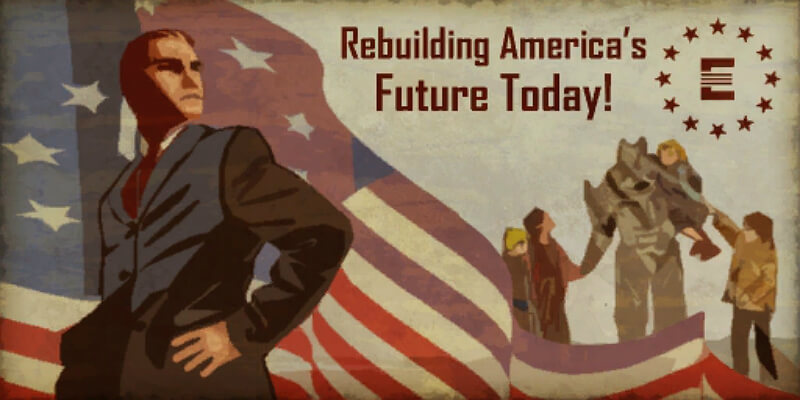 Hopefully everything has worked out for you and you have the quest unlocked! Basically the quest is gathering the remaining members of the Enclave in the Mojave, who are called Remnants, and convincing them to help you in the upcoming battle of Hoover Dam. After you have gained Arcade’s trust he will talk to you about his past and how he was with the Enclave. He wasn’t an actual member, but his father was, and Arcade was born in Navarro. For those of you who don’t know, Navarro was a Poseidon Oil refinery in Chicago being used by the Enclave as a military base.

The NCR attacked the base and wiped the Enclave out. The Remnants are the remaining survivors, thus the name Remnants. Once you have convinced all of them to attend the meeting you will have to go to their bunker. There you will talk about the situation with the Dam. If you tell them to help the NCR one of the Remnants named Orion Moreno will rage and exit the conference room. You will be asked to talk to him. Orion will be found in the next room with his power armor on. He will talk to you about his hatred of the NCR.

You will need to convince him to help you. If you don’t convince him Orion will have to be killed. You then go back to the rest of the Remnants and they will give you your power armor. Arcade will ask you if he should help fight in the battle. You can tell him he should go back to Freeside or to fight alongside the Remnants. After this the quest will be completed. Now exit the bunker. Oh, and if you tell the Remnants to help the Legion Arcade will leave you!

In order to get Arcade’s unique power armor you will need to talk Arcade out of fighting alongside you and the Remnants. After the quest is complete and you told him not to fight exit the bunker. He will meet you outside and give you his armor. I hope this guide has helped! Good luck!