Know When to Fold Them: Beginner’s Guide to Caravan 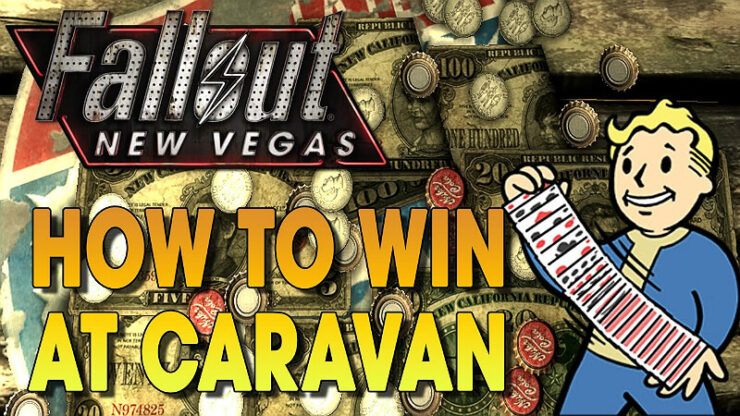 Fallout: New Vegas is one of my favorite games. However, when I discuss the game with fellow fans a common theme comes up:

“I never figured out how to play Caravan.”

“What was the goal of Caravan?”

“I’ve played x amount of hours, and I still never figured out the rules for Caravan!”

For players who enjoy collecting achievements, many have found that Know When to Fold Them (win 3 Caravan games) and Caravan Master (win 30 Caravan games) are the most vexing. The main thrust of this guide is to show players the fastest solution to obtaining these achievements.

To a fault, the game does not explain Caravan rules well at all. It treats the game like it’s a mish-mash of Blackjack, Poker, and Texas Hold ‘Em. Forget everything Ringo’s holotapes tried to teach you. 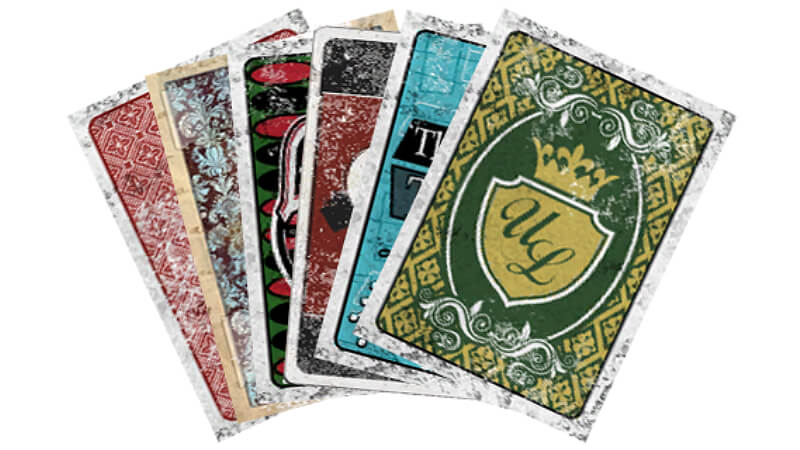 In Fallout: New Vegas fluff, Caravan is a simple card game played by Caravan guards and travelers journeying through the Mojave. Unlike the games you can play on the Strip (Blackjack, Slots, Roulette, etc.) Caravan is slow paced, requires some level of strategy and there is no “luck” outside of what card you draw next. The stakes are low, so Bottle Caps, Legion Denarius, and NCR dollars can be used to bid.

The goal of Caravan is to form three piles of cards, each of which has a numeric value ranging from 21 to 26 – it cannot be higher or lower than this range. The first player that gets two piles within that range, AND if the numeric values are higher than their opponents, wins the game.

The rules are simple: 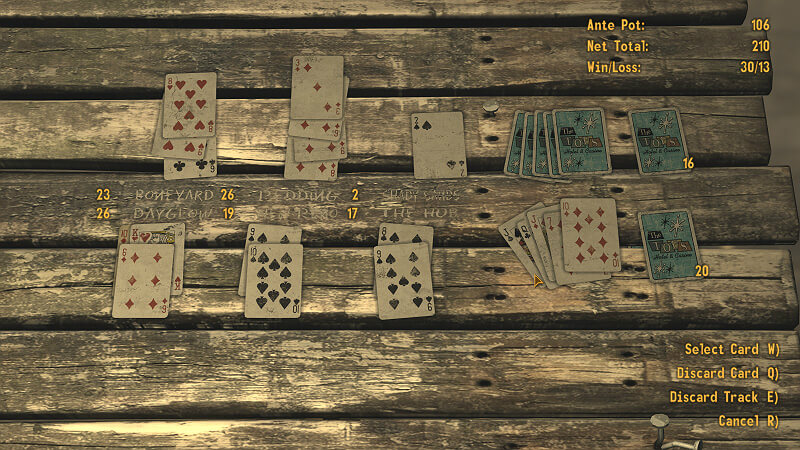 In Caravan, you build your own deck of cards, and play it against your opponent’s deck. This is where most people make a common mistake; they say, “Hell with it, I’ll just randomize my deck”.

Now, look, there are a lot of ways you can build your deck. Honestly, I’ve seen a lot of players try and explain easy ways to win at Caravan, but most of them make the game more complicated than it actually is. If you want to rake in fast wins, one of the best ways to build your deck is this: 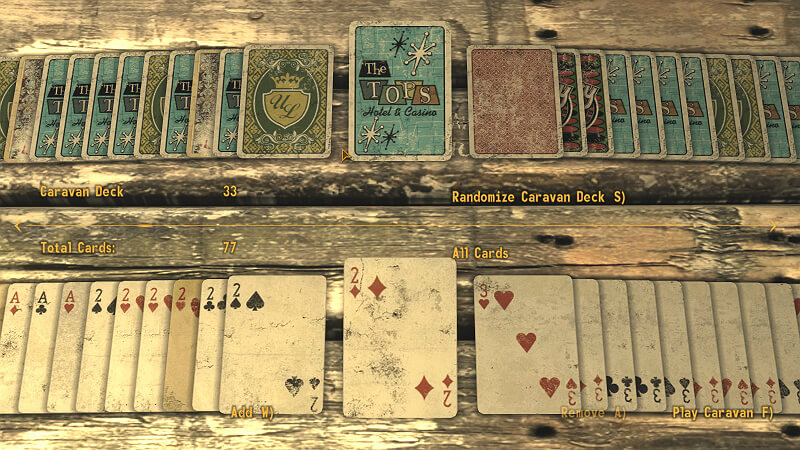 All numeric cards have their face value. Aces have a value of one. Simple, right? However, jokers and the face cards have different rules, which really annoys newer players. I will try to explain them the best I can.

JOKER: Jokers can be played on all numeric cards, as well as aces.

QUEEN: This one is a pain in the crotch to explain, but Queens are easy to play. Basically, Queens will change the cards they’re played on to their suit (e.g. A Queen of Hearts changes a 9 of Spades to a 9 of Hearts.) They will also change the direction (descending or ascending), as seen below: 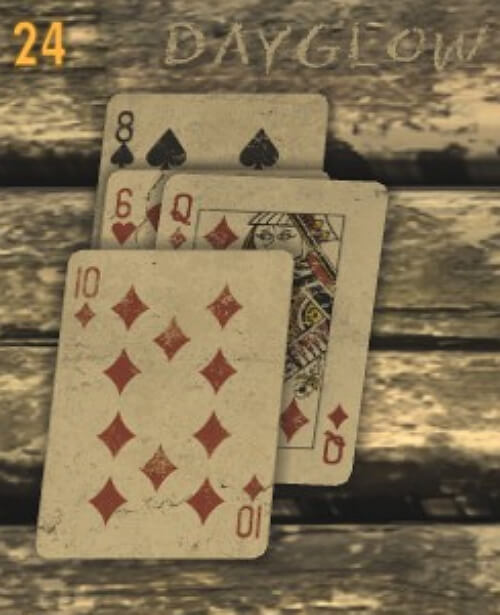 The Queen of Diamonds changed my Six of Hearts into a Six of Diamonds. Additionally, it changed the direction of the pile, so I was able to play a 10 of Diamonds and get to 24.

KING: Kings double the numeric value of a card (e.g. a King attached to a 10 will give you a 20.) Multiple kings can be stacked on top of a card, as seen below: 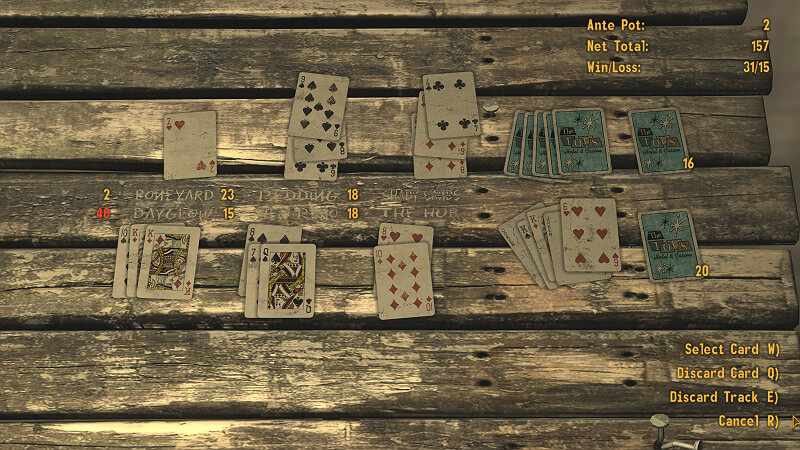 Ringo slipped one of his Kings next to my King on the left side, so my pile turned into a 40. I had to discard my pile and start over. 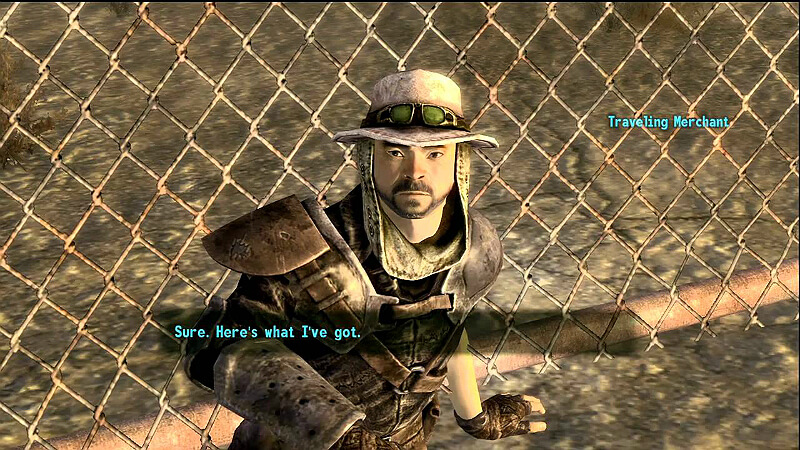 Going back to part 3, the reason I recommend those cards is so you can get simple pile cominbations like this:

Due to the nature of the deck build, the likelihood of drawing a card that will put you closer to winning is always high.

There’s always a chance your opponent might win, but don’t sweat it. Just save your kings and jacks for your opponent’s piles when they’re about to win.

All in all, Caravan might seem complex, but the above method is an easy way to cheese the system.