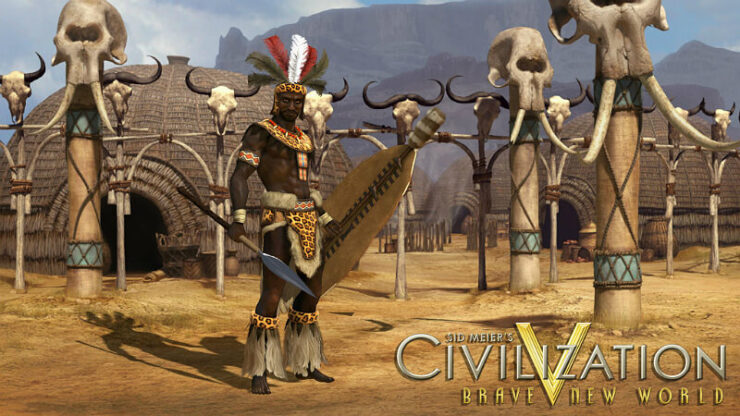 The Zulu as led by Shaka

Same combat strength and movement as the pikeman that it replaces. The Impi also keep the 50% strength bonus vs mounted. The Impi do, however, have two special traits which make them superior to the pikeman. The first is First Strike, which is a free ranged attack before entering close combat (experience is earned for both attacks). The second is that the Impi also have a 25% strength bonus when fighting against gunpowder units, which helps them remain relevant in later eras. The Impi also upgrade to rifleman (regular pikemen upgrade to lancers), which are preferred by the majority of players.

The Ikanda functions very similar to the Barracks in that it provides +15XP to all units built in a city with this building. The Ikanda also offers unique promotions to pre-gunpowder era melee units – this includes the Impi! The first promotion is granted upon unit creation, and the others are earned through combat. These promotions are:

We’re excited to bring you our Civ of the Month thread. This will be the 42nd of many monthly themed threads to come, each revolving around a certain civilization from within the game. The idea behind each thread is to condense information into one rich resource for all viewers, which will be achieved by posting similar material pertaining to the weekly civilization. Have an idea for future threads? Share all input, advice, and criticisms below, so we can sculpt a utopia of knowledge! Feel free to share any and all strategies, tactics, stories, hints, tricks and tips related to the Zulu.