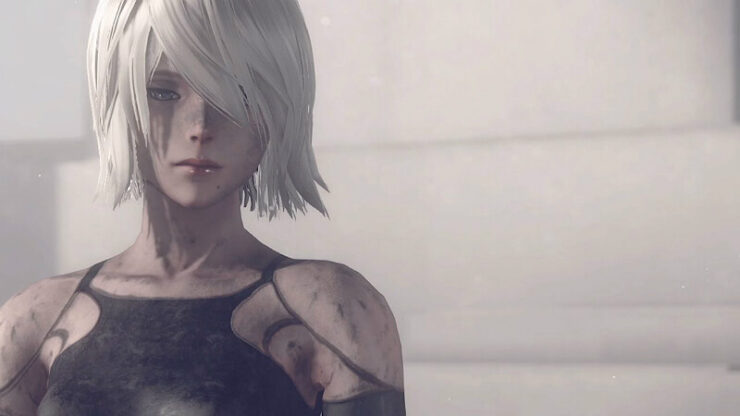 Okay, so I want to 100% the game (currently on route B, taking my time, doing side quests enjoying it), but this side quest requires to kill one of the clown robots and… I really don’t wanna. They’re so happy and nice! Why would I kill them?! So, 2 questions:

P.S. Didn’t want to make a special post about it, but can I give a special shout-out to Spear’s hold attack on 9S? I don’t remember 2B doing that, but that throw is just SO OP, especially in the forest, where enemies only walk in groups of 10 or more. Being a horrible murderer never felt so good! 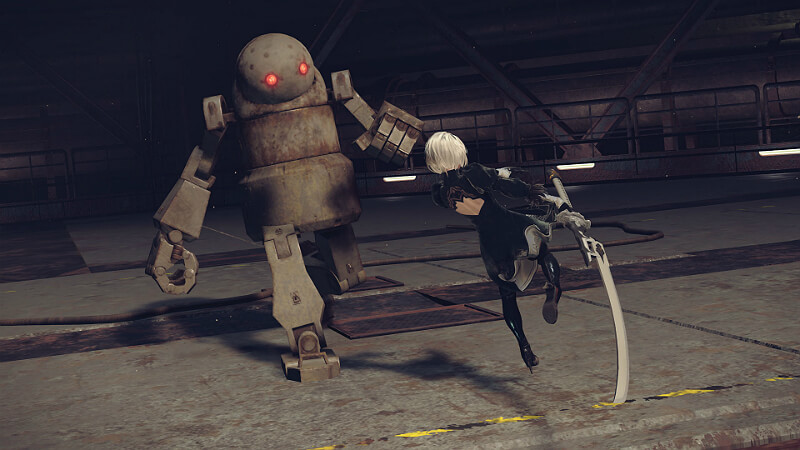 Maybe I’m mis-remembering, but I could swear that when I did this quest, there was one enemy only in the plaza who was already aggro-ed, and I managed to zone him into a corner so as to prevent any collateral. He also dropped it first time, but I did have my drop rate up chip set on, so maybe I just got lucky.

Either way, I’m pretty sure that their is always at least one pre-aggroed enemy, the Game Creator’s dialogue even suggests it (he states that ones with the cable are prone to being more aggressive), so if necessary just simply save-scum.

And I hear you on the Spear, that weapon’s moveset on 9S in general is just fucking fantastic, awesome leaping attack, solid combos, and a great tool for herding in the dash attack. I’ve been running a Spear + Large Sword and it’s dismantled so much in such a spectacular fashion, I enjoyed him a lot more than I did 2B!