We Need to Talk About Pascal – Nier Automata 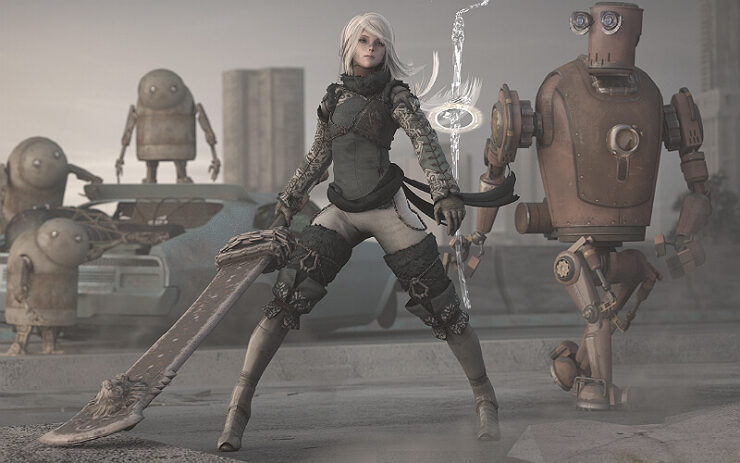 Gonna talk about Ending E and the fate of Pascal, to keep in mind.

So after all the lies and atrocities that happen in the third act, the game gives a little mercy by having my OTP Pod 153 and Pod 042 take parts and memories of the last few YoRHa Androids so they can be revived. Hurray, the sexy androids are back (assuming they don’t kill each other after they wake up)! Except Pascal is still doomed, and that’s the most frustrating outcome I’m having with the experience.

He still lost his whole village, all his children either killed themselves or were destroyed by other beings, everything he fought for and his entire belief of a better tomorrow remains irreparably shattered. He still failed. When I met the ever affable Pascal and his tribe, I knew something bad’s gonna happen to him. I anticipated him to die, but the actual outcome is even worse than I anticipated. Technically, there’s an option to kill him, but I ended up choosing the Memory Wipe option. But by doing that, he’ll remain alone with no purpose, avoiding the hopelessness that affected him. I played a lot of games with depressing outcomes, but this…this SUCKS!

This is part of why I think the game’s true ending is more of a pyrrhic victory. Sure, the main threat is gone (whether by destroying the machine empire or they go to space), but YoRHa or Council of Humanity or whatever’s on the Moon is still there. The lie remains intact, and now the surviving androids have no base to back up their memories, so their bodies and personas are now finite. I get the feeling the next NieR title will have these machines decay over the years, and that there will be a religion forming en masse as a result of the illusion that the All-Mighty Humanity exists. And if 9S has his way, he’s gonna preach against that lie, he’s gonna have his followers, and thus they’ll have a Holy War. Yoko Taro has to have some kind of material for the next downbeat installment.

Why am I reminded of Casshern Sins all of a sudden?