How to defeat Awakened Empire – Stellaris 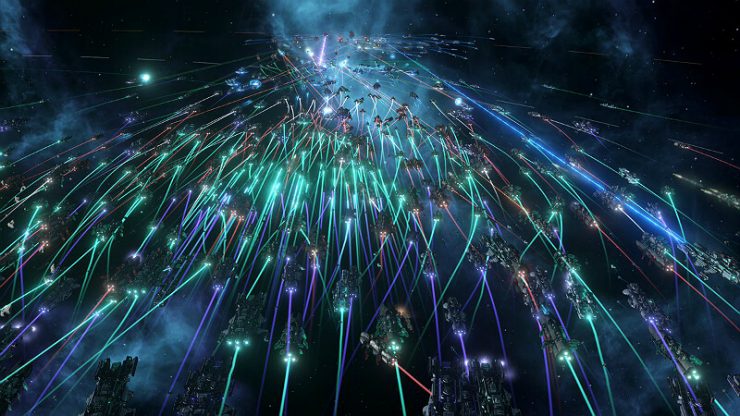 How to defeat a militant Awakened Empire and its 316K fleet?

One of the four Fallen Empires in my galaxy woke and vassalized the most powerful empire in the galaxy. It has a 316k fleet. I am one of the strongest empire and I have a 50k fleet. No one else has more than 70k. How can I neutralize this threat? It seems undefeatable. Even if I attack that fleet it would vaporize me in seconds. 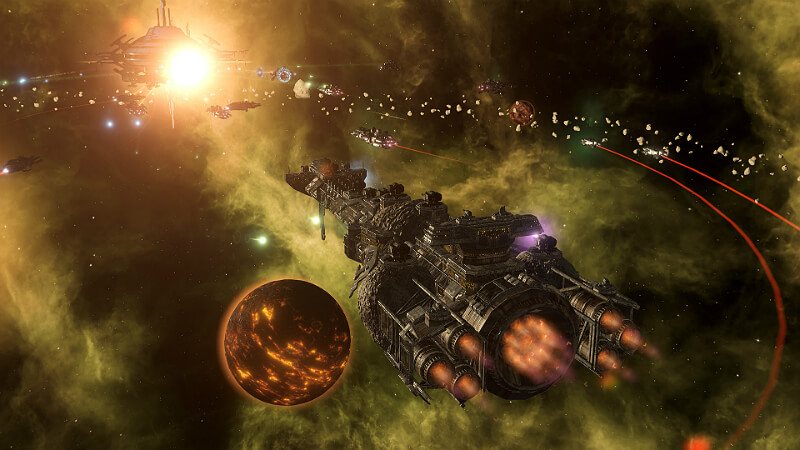 The Stellaris wiki has a breakdown of the FE/AE traits that you may want to look at. It details what the empires’ subjugation status entails and so on.

As it stands, your only hope is that you and a system of allies are fairly close in combined fleet strength, especially if you can stack a combined fleet on top of a fortress system or two – it may be possible to whittle their fleet down and gradually force a stalemate in that case. This is especially the case if you can take Galactic Contender. Sounds like that isn’t your situation, though.

Generally speaking, it’s best to just submit if they awaken fairly early as their fleet starts at around 250-300k in strength and can be built up noticeably beyond that. It’s a hit, but it’s better than losing a bunch of planets in a war that ends with you being their subject anyways. Eventually they will probably eat up the whole galaxy and start accruing a very nasty decadence penalty. This makes them reasonably vulnerable to revolt once you hit a tipping point in the balance of power.

FWIW, as the AI will keep blindly builidng towards the 50k fleet size that is required to trigger the countdown to an awakening, it may be worth your while to intervene in wars and such just to keep AI strength down, even if you do not claim anything. This assumes that they have not snowballed and become a somewhat unmanageable fleet to fight, though.

As an example, in my current playthrough, the galaxy ended up being eaten by me and two other empires – as a consequence of that snowballing, one of them, a civilization of evangelizing zealots, managed to accrue a fleet strength of 50k that had vastly inferior technology in general, but regardless it was sufficiently strong to trigger an awakening. Lo and behold, the spiritualist fallen empire that they had enveloped woke up and wrecked them. I just opted to surrender rather than waste my resources, though the initial hit to my economy was substantial due my opting for just enough energy to maintain my fleets. Nonetheless, I have been able to stabilize things and largely keep my own ambitions going, albeit more slowly. The cost of losing a war to them usually is not worth it unless you can muster something sufficiently comparable.