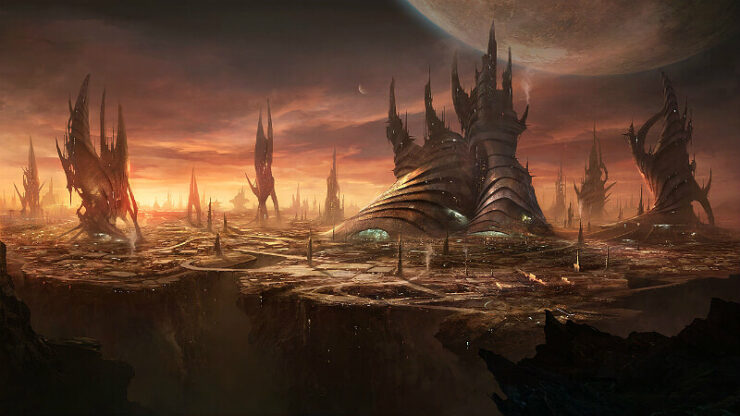 Summer vacations are reaching their end and most of the team is back as of last week. Work has started again and we’re really excited for what we have in store for the rest of the year.

While most of us have been away during most of the summer, we’ve also had some people who worked during July. July is a very good time to try out different designs and concepts that we might not otherwise have time to do, and today we thought it might be fun for you to see some of the experiments we ran during that period of hiatus.

Although we learned some useful insights, these experiments didn’t end up being good enough to make a reality.

As I have mentioned earlier, I have wanted to find a better solution for how we handle the production of alloys and consumer goods. I often felt like the experience of developing a planet felt better with an Ecumenopolis rather than with a regular planet. I think a lot of it had to do with their unique districts and that it feels better to get the jobs from constructing districts rather than buildings. Not necessarily as an emotion reaction to the choice, but rather that the choice perhaps feels more “pure” or simple.

An experiment I wanted to run was to see if it was possible to add an industrial district that provided Laborer jobs, instead of having buildings for Metallurgists and Artisans. Laborers would produce both alloys and consumer goods but could be shifted towards producing more of either.

This meant we added a 5th district, the Industrial District. By adding another district we also needed to reduce the number of building slots available. Since there would be no more need for buildings that produced alloys and consumer goods, this should still end up being similar. 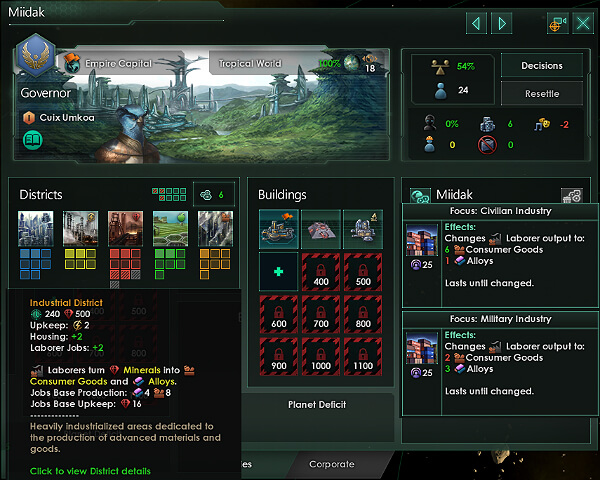 A Laborer would consume 8 minerals to produce 2 alloys and 4 consumer goods, and that amount could be modified in either direction by passing a Decision. What I wanted was to have an industry that could have a military and civilian output, and where you could adjust the values between these outputs.

Having a laborer job that generates an “industrial output”, which could be translated into either alloys or consumer goods did feel good, but the specific solution we used didn’t feel quite right.

Another experiment was to see how it felt if city districts unlock building slots instead of pops. This experiment didn’t have a specific problem or issue it was trying to address but rather it was to investigate how that would feel and work. It was interesting but ultimately it felt less fun than the current implementation. It would have needed more time to see if it could be made to work. 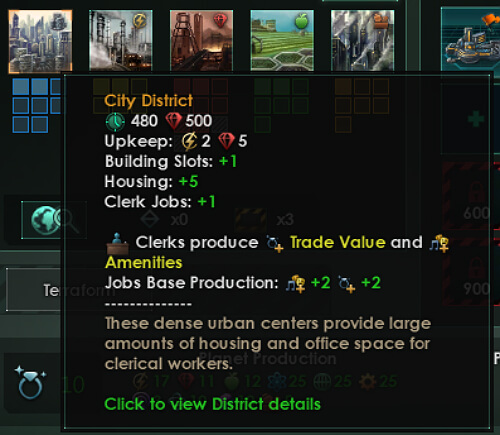 This experiment did include increasing the number of jobs you would get for the building, so a research lab would provide 3 jobs instead of 2. 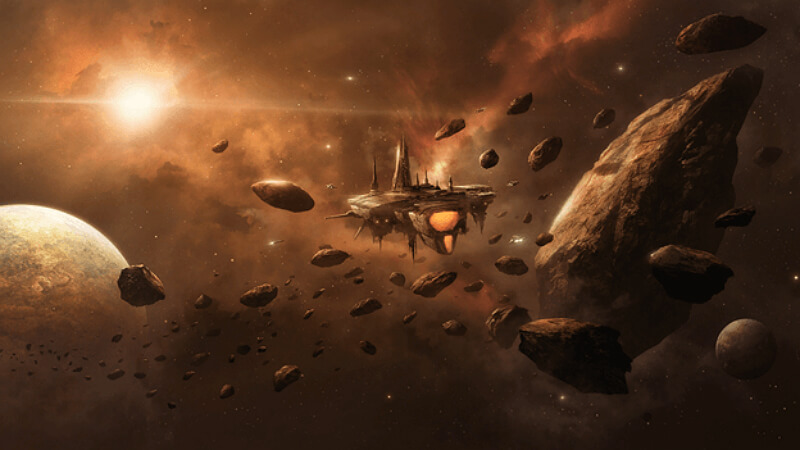 At the same time, we also tried a version where buildings applied jobs to city districts instead of providing jobs by themselves. One upside would be that you’d need less micromanagement to get the jobs, but the downside is that it would also be quite a large upswing in new jobs whenever you built a city district. In the end, it felt like you had less control and understanding of what a planet was specializing in.

Although these experiments were interesting, they didn’t end up quite where we wanted to, so they never became more than just experiments. We did learn some interesting things though, which we will keep in mind for the future. The industrial districts are still something I want to keep looking into, but we have to find a better solution.

Dev diaries will now be back on a regular schedule, but we will be looking into changing the format a bit this time around. For now, dev diaries will be coming bi-weekly, which means we will be back again in another 2 weeks with a similar topic.