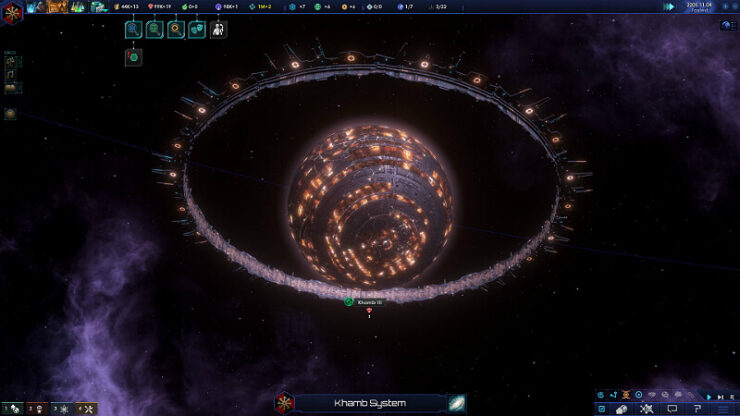 Although I have not yet played 2.2 for obvious reasons, I have been keeping a close eye of the various YouTubers who have been showcasing their early access gameplay. One thing I have been curious about in particular was how Ecumonopolis/Hive/Machine Worlds would function in 2.2. For those of you who don’t know yet, the bonuses of these various specialized planets boils down to how they handle districts and resource production.

Ecumenopolis are hyper-specialized worlds that can’t produce certain kinds of resources in any meaningful amount, such as food, but make up for it by being really good at producing more specialized resources and getting access to four special Arcology Districts that provide lots of housing, which in turn allows you to support all those extra jobs your densely populated city-planet will have.

Hive/Machine worlds on the other hand ignore the normal limit of how many energy/mining/agriculture districts you can normally build on any given planet, allowing you to build as many of a particular district that you want so long as you have enough district slots available. They also get a +10% bonus to resource production (Machine Worlds no longer get +20% resource production) while Machine Worlds cannot produce food at all (although a Machine Empire is unlikely to care about that) and its pops use 10% less housing. They both also remove all special planetary modifiers that provide special resources, so you don’t want to make just any planet into a Hive/Machine World.

I’m not saying that Hive/Machine Worlds are bad, but I was expecting them to be a bit more unique. Perhaps a special district that can only be built on said worlds in the same way the Ecumonopolis does? They can still be hyper-specialized to produce vast amounts of a single resource, but energy/mineral/food worlds are already doable in the game as is, these worlds are just a bit better at it and you don’t really have to do that anyway. You can just always use the +10% resource bonus as is. I don’t know if Gaia Worlds still give a +10% resource bonus in 2.2, but if they do then that makes Hive/Machine worlds even less special.

I don’t think that the bonuses themselves are bad or sub-par, it’s just that these rare and special planets just don’t feel, well, all that special or unique. Even the flavor description of Hive Worlds even says that “Any beings not part of the Hive that set foot here will be attacked by the very terrain itself.” That sounds like a great opportunity to add some sort of defense bonus to Hive Worlds, such as +50% Defense Army Damage, but no, that doesn’t appear to ever come up again. Maybe I’ll be surprised this Thursday.

There is no greater purpose to this thread. I’m just venting some mild frustration and wondering if anyone else thinks Hive/Machine Worlds don’t feel as special and unique as Ecumonopolis Worlds.