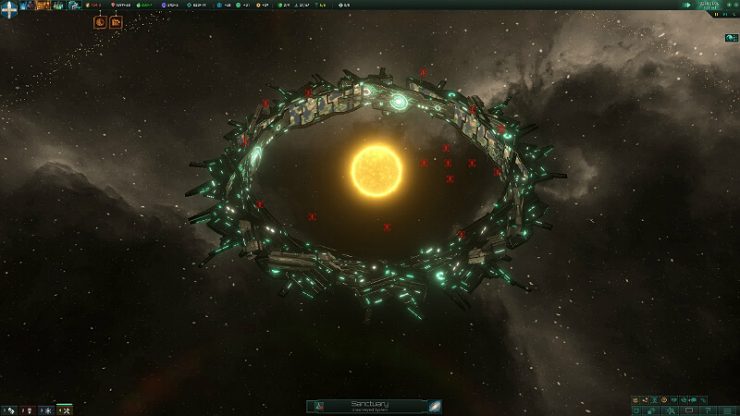 I came to the realization that Ringworlds may be overhyped thing in Utopia.

So first of all they are going to be expensive and technologicaly difficult. After completion ringworld will provide 100 slots with 100% habitability for pops. Sounds amazing, unless you figure out what actually it means.

Let’s say that you came to peace with that. Allright, so what will ringworld produce then?

Energy? We have dyson spheres to do so, propably cheaper and they don’t use all the planets in the system to do so, so you can actually get some additional resources and/or technology points.

Food? Well, that’s one helluva farm you are going to have. Mostly producing food to, well, feed that massive 100 pop strong population, so it was redundant in the first place.

Minerals? Seems fair enough, unless we realize that ringworlds are basically artificial and there are no resources there, at all. But for the sake of the argument let’s assume they do produce minerals. That is game-breaking, absolute beast of industry.

Research points? Well, considering that 100% cost increase penalty, you will have to put a lot of research labs on the ringworld to have any effect whatsoever. Approximately 1/5th of the ringworld will be reducing the penalty your population gives you. It would be better to build Research-thingy megastructure and actually gain research points.

So maybe ringworlds are going to be like habitats but larger? Okay, so why even bother with ringworlds then? Habitats won’t consume all of the planets you use for mining, gathering energy and  observing aliens. And they are going to be cheaper and much easier to access.