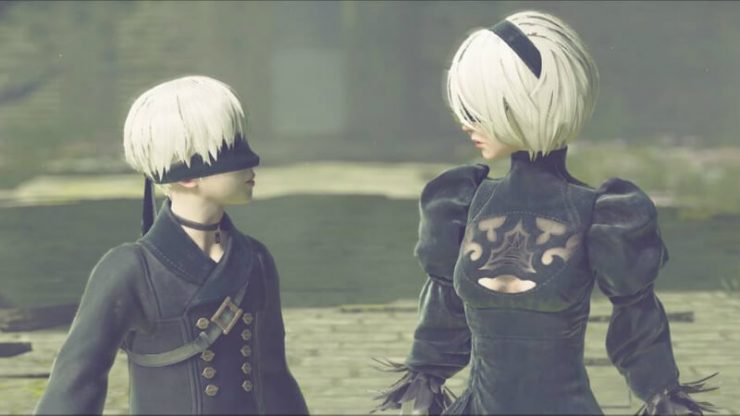 Analysis on The Wandering Couple, and why it’s perhaps the best sidequest in the game. (spoilers)

At the end of The Wandering Couple, we found out that the female android has been resetting the male android’s memories 6 times, and every single time, he ended falling in love with her. It ended with 9S making a comment “women can be scary sometimes”.

The whole time, 2B was dead quiet. She doesn’t speak much, but usually she does say something at the end of quests. Now, imagine what must have been going through her mind: she has been doing the same thing to 9S, killing him and wiping his memories, again and again. The remark from 9S, while not serious, must have hurt. However, what was even more tragic is what the event confirmed: androids will always go back to their old ways. 9S will always end up being too curious for his own good no matter how many times he gets reset, and she will always end up having to kill him. The quest is one more thing that trampled on any hope of 2B to escape her fate.

But that’s not all. Later on, when 9S’ consciousness accidentally merged with the machine network after the battle against Grun, he learned that machine tends to imitate human behavior and culture. However, when a machine makes a mistake, it will never learn, and instead just repeat the mistake over and over. It’s oddly similar to how the male android from before always end up falling in love with the female android, no matter how many times he has his memories wiped…

And then we learned that android’s black box is made of machine cores. They have the same behavior because other than appearance, they are the same.

By itself, the quest is already quite good with its surprising twist ending, but I believe the implication and foreshadowing it provides make it possibly the most well-written sidequest in the game.

GTAmes
Which really is the “best” ending? Nier Automata