World of Warships – Tips for Newcomers 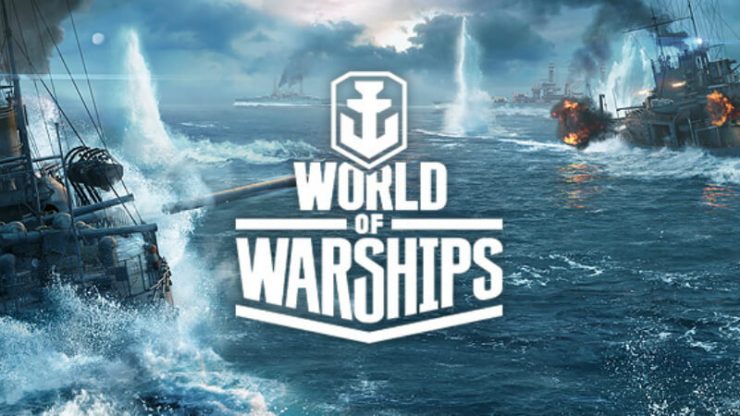 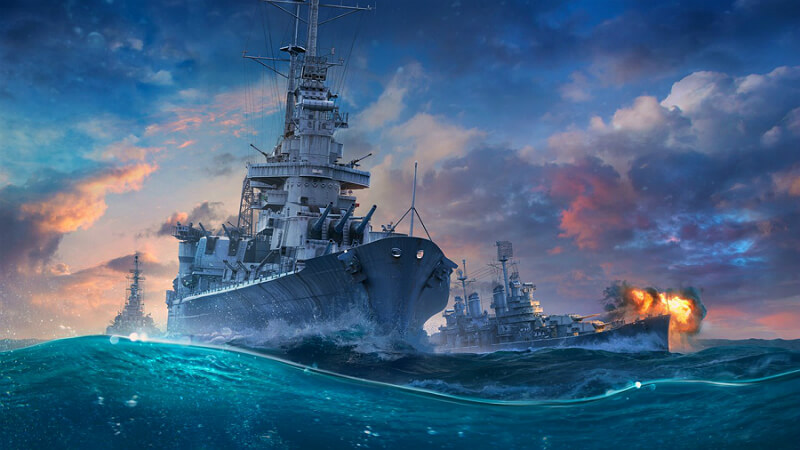 So, you’ve found World of Warships through steam, Great!

As someone whose been around since before the steam client rolled around, I have a few observations based upon personal experience I thought some might find valuable.

1. Sealclubbing. You’re going to encounter it. Sealclubbing is the act of more experienced players dropping down to lower tiers to “wreck face” on those that are new to the game. With the influx of Steam players, I expect to see the number of people doing so increase. Stick with the game if you’re enjoying the mechanics of it. once you progress to mid tiers, gain more experience, and start learning how to play various ships, you’ll find them being much less of an issue.

2. Familiarize yourself with the US form of ship Designation CV, BB, CL/CA, and DD You’ll see them referenced in game often. 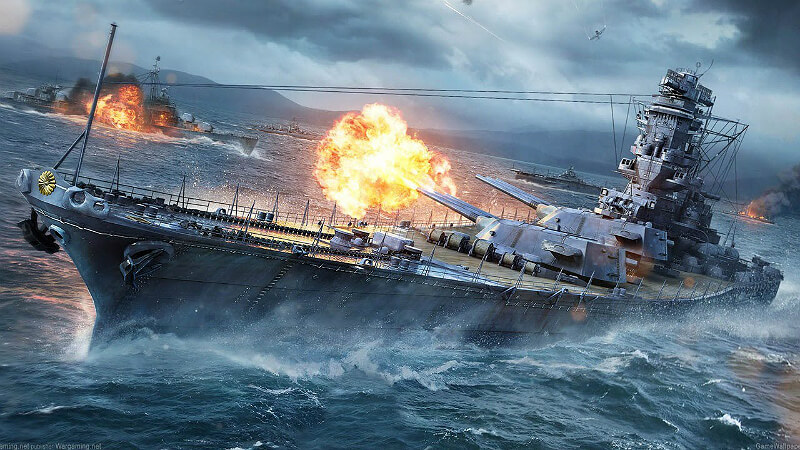 4. Be prepared to grind, or pay money. It’s that simple. Past Tier 6, the grind becomes real. It’s a grind that I enjoy for the most part, however. The only ships I genuinely hated playing were the Omaha and the Phoenix, both American CL. You can jump up to higher tiers by paying money for non-tech tree ships. I strongly recommend NOT doing this from the get-go, however. Lower tier gameplay is a completely different game than higher tier gameplay. Premium ships that have a tech tree counterpart (Tirpitz and Bismarck, for example) are not remarkably more powerful in any discernable way, generally speaking. They tend to be “side grades” (as opposed to an upgrade or downgrade) better strengths in one aspect, weaker strengths in another. This is why people believe that it’s not pay-to-win, and I’m inclined to agree.

The BB excels at tanking damage as well as high-damage-per-gun output. In a Battleship, your job is to attract the fire so that your cruisers can most effectively support you

The CL/CA excels at providing AA support as well as “chip damage” large volumes of relatively low damage fire that supports the fight. Because of their higher rate of fire, they also excel at hunting destroyers. equipment, shuch as radar and hydroacoustic search help you identify other ships, particularly in smoke.

The DD excels at keeping BB’s at bay with their torpedos. there’s nothing more deadly to a battleship than a well placed broadside torpedo salvo. Your guns will be small caliber.

**CV gameplay has changed substantially with 0.8.0** The CV excels at killing targets of opportunity and using your planes to scout the waves. If you attempt for the heroic hurrah against a ship that has strong AA protection (either from itself or supporting ships) you may or may not get a successful drop, but you’ll most certainly see a squadron limp home a shell of its former self, if it returns at all. Do this too many times, and you’ll have taken yourself out of the fight. 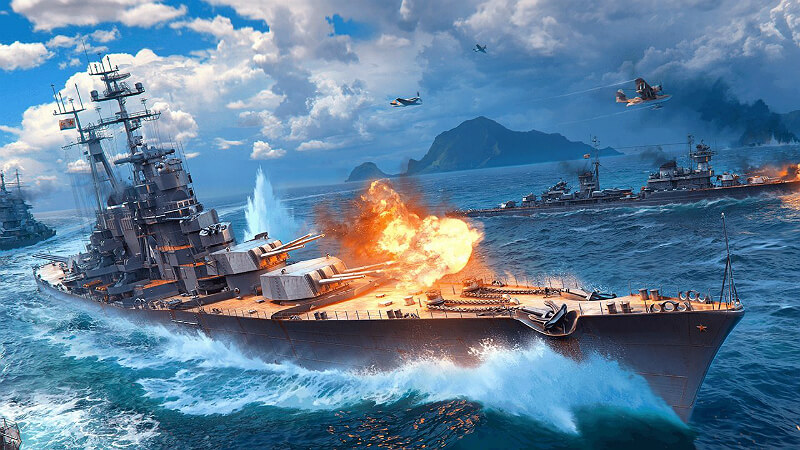 Understand how AP shell penetration works in relation to the amount of armour your target has, as well as the caliber on their guns is to your armour. The wiki has a thorough guide on the subject (link).

Also understand how HE (High Explosive) works. Both have their uses and they vary from ship to ship, even of ships of the same type. Not all HE and AP are created equal. Two examples: British AP tends to be weaker than others, but its HE has much better fire chances. British AP has what’s known as a “short fuse” which makes it particularly lethal to DD’s. Because AP has higher damage values for a penetration, that short fuse will allow your AP to detonate inside of a very poorly armored DD. As a result, though, it can struggle with damage values, particularly at higher tiers, against BB’s and the upper end of cruiser armor. Russian AP tends to shatter or bounce off targets more often that its counterparts, but has very notable damage results when it does penetrate. fnord_disc has an in-depth analysis on penetration values found here.

Also understand that showing your broadside to a target is a giant neon sign that says “kill me”. Even if you can’t fire all your guns, avoid showing broadsides to anything that can penetrate your armour and hit your citadel. It’ll hurt. a lot.

6. Damage Control Party is not something to be freely used whenever wherever. A poorly timed damage control party could cost you your life, or even the game because it’s a cooldown based ability. Damage Control Party is a counter to Damage Over Time (DOT) attacks; fires started by HE or floods caused by torpedos that don’t impact any torpedo bulges you may or may not have) If there’s one fire on you, let it burn UNLESS you’re 100% certain that you’re safe from any addiitional HE fire or torpedo attacks. Two fires: consider your surroundings. If you’re safe from any additional DOT. Three/four fires: consider using Damage Control irregardless of your surroundings if you’re in retreat. This is a lot of incoming damage. While the ability is active, you’ll stop any DOT currently affecting you as well as being immune to fires and floods, however it’s only active for a short, limited time before it goes on cooldown. 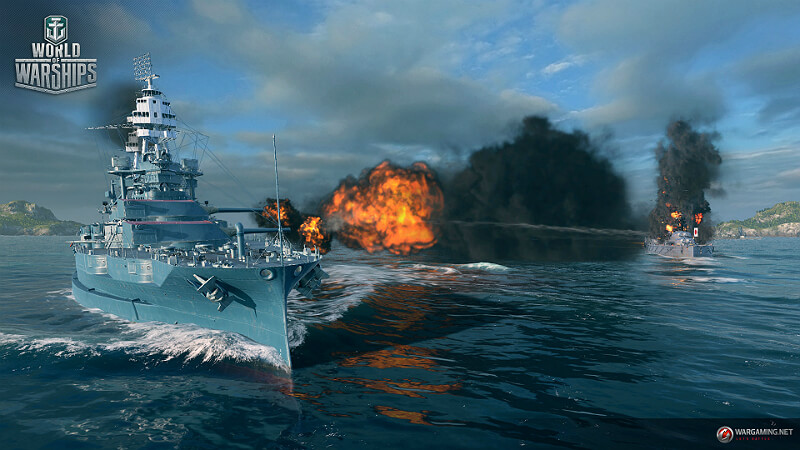 7. Be aware of the map. Keep an eye on the minimap and understand the movements of both friendlies and enemies. Being caught out alone in any ship is a death sentence. Knowing where the enemy destroyers are, or were last seen, and their likely current path can help you avoid them in a BB Map awareness helps you make the decisions that can win you the game and keep you alive.

8. Focus fire and/or teamwork. So you see a destroyer at your 2 o’clock that’s run into an island and is forced to back up, he’s a prime target and you’ve got your guns trained on him… but there’s a battleship fight happening at your 11 o’clock, and your guns mean the difference between the friendly battleship living and theirs dying, vice versa, or both dying. Keeping that friendly alive is worth more than killing that destroyer that isn’t presenting himself as an immediate threat. This isn’t a game that you can Call-Of-Duty-solo-warrior your way through. If your teams falls, you will too.