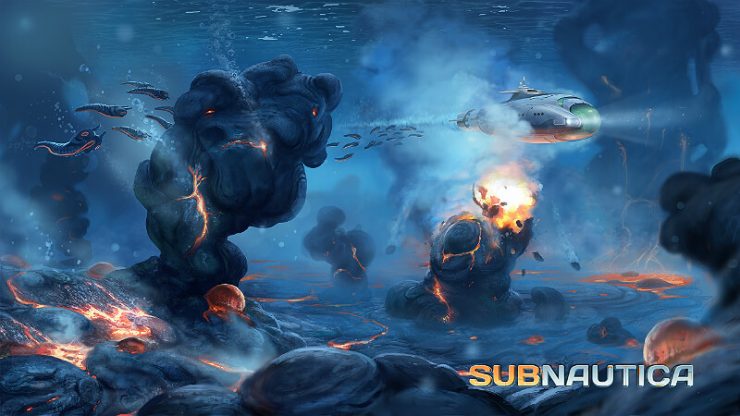 A stupid journal on a Aurora crash survivor. Contains a short backstory, a long in between part and a short conclusion. I might make a part 2.

Chapter 1: How it all started 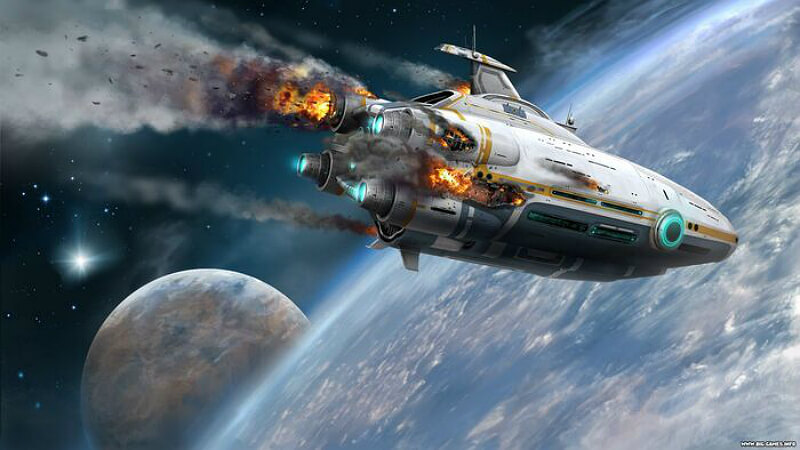 Log 1: This is Micheal Harbringer. I am making a virtual journal to keep my thoughts in this PDA forever. I am a junior mechanic on the ship Aurora, and I have 1 year of experience under my belt. I’ve got a bad feeling about this ship, and my friend Kaylee thinks so too. I’ll update this thing later.

Log 2: My friend Kaylee who is a radio room worker has been telling me about strange signals coming from a unidentified planet. I might have to tell the Captain about this. I have a feeling we might crash.

Log 3: If anybody sees this journal, I’m probably going to be dead. The ship is falling out of orbit and landing on that planet Kaylee told me about.

Chapter 2: Waking up in a new world 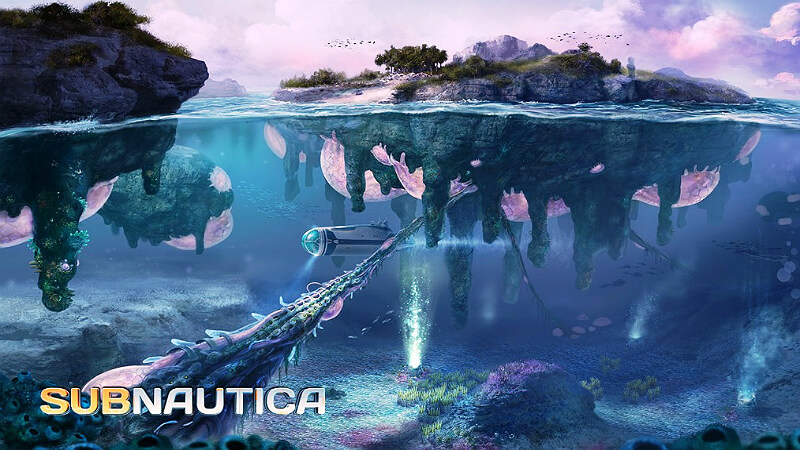 [WARNING: DATA CORRUPTED, TEXT MAY BE GLITCHY OR REMOVED]

Log 4: I just woke up in a lifepod. My friend Kaylee is knocked out cold, and my right leg is bruised. My PDA is booting up into emergency mode. I’ll make another log when I get outside of this wreck I’m calling a lifepod.
Log 5: Kaylee just woke up, and the Aurora is bigger then I thought. Its broken though, so I don’t think we’ll be getting out of this endless ocean any time soon. Kaylee c{8#63) #$&***@( #$*#( and I had to explain to her what happened and where we [email protected]($# #$(@*#(@#)@_#(, I don’t think she’s okay in the head, because she tried to punch me after I explained to her what happened. #$($*#&$&@#@#
Log 6: I just went diving for the first time in this ocean. There was a bunch of strange fish and plants, its like a entire ecosystem is living down here. @[email protected]&*#&@*#)ght try and catch one of those fish. Right now I could eat an entire whale, I’m so hungry.
Log 7:  I just realized how dangerous this place is when I swam into a big forest full of green seaweed stuff and got chased out by some shark thing. @#&@[email protected]*#@ese oxygen tanks have as much air as a block of metal inside them, so I’m not taking any long dives [email protected]*$&#$^(@& soon. 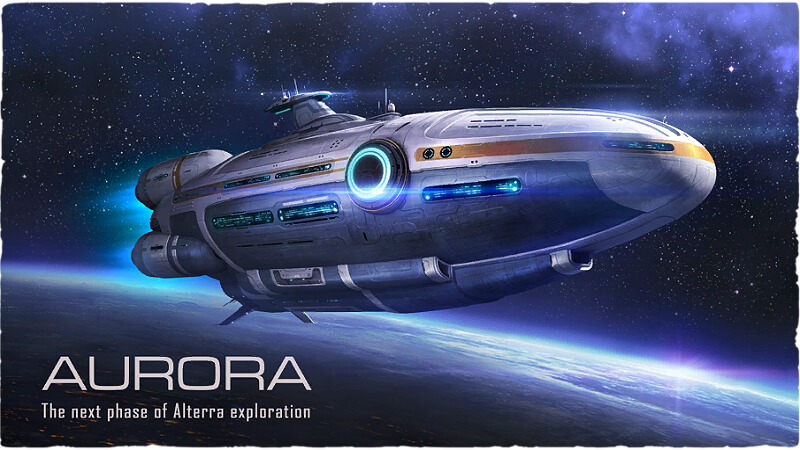 Log 8: Kaylee can remember who she is and who I am now, and she isn’t too violent anymore. We went diving together and it was wonderful knowing I have somebody to survive with. We had a dinner together and cooked a one-eyed fish thing. It was a nice meal.
Log 9: My relationship with Kaylee is growing, and we went diving again and saw a crate with a Mobile Vehicle Bay fragment in it. At least, I think its a Mobile Vehicle Bay fragment in it. Not much else interesting happened, but we did find some Titanium.
Log 10: We met another survivor! His name is Jeram Viúva and he speaks Portuguese and English. He is a polite man and will be a fine addition to our group. We found some more limestone outcrops and a exploding fish thing that left behind some cave sulfur after it broke Viúva’s goggles.
Log 11: The three of us went diving deeper and nearly drowned after Kaylee wanted to check out some flora for too long. Luckily we grabbed onto a floating rock, took the alien organisms off of it and floated to the top. I’m never going diving that deep again until we get better air tanks.
Log 12: I found where those shark things I got chased out by earlier this week live, in the “creepvine” forest. I’ve started to learn the names of the things we find, like the “Peeper” and the “Stalker”, the shark thing. 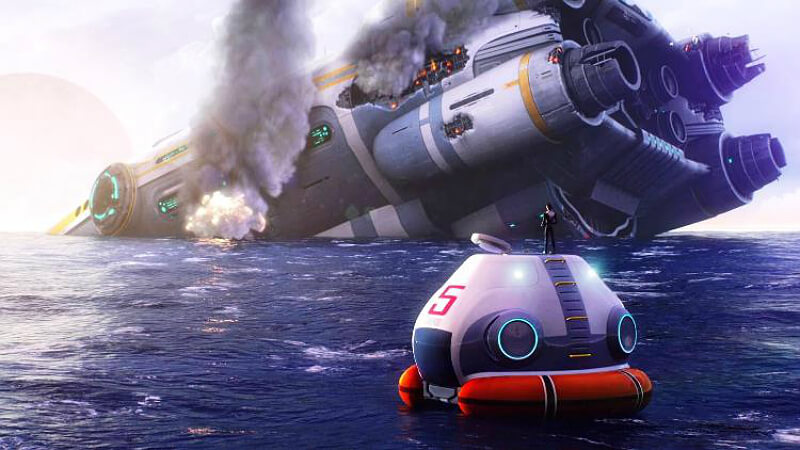 Log 13: The Aurora exploded today, so we aren’t ever going to leave on that thing. We did get some acid mushrooms, so we made some batteries. We also decided to repair stuff, so we crafted a repair tool too.
Log 14: I’m probably going to die. I just got bit by a Stalker and I’m bleeding heavily. We have no bandages in sight, so this is going to be my last entry. At least I won’t see the deaths of my friends. Goodbye, cruel world.
Log 15: I’m both relieved and worried. There was a medical pack in the storage container, and Viúva was able to patch me up before I bled to death. Thank god.
Log 16: We finally got some upgraded air tanks. I can finally dive deeper without almost drowning, and everything is fine. The only worrying thing is our Bladderfish supply where we get water from look infected. We might have to start relying on the 3 water bottles in our storage container. 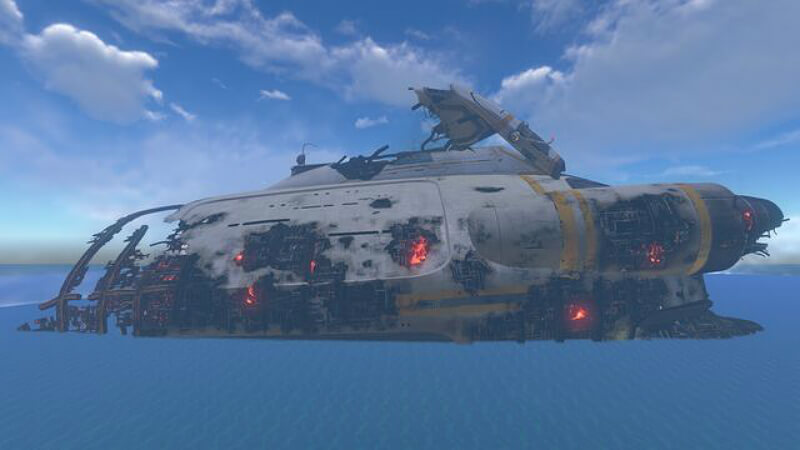 Log 17: Viúva looks sick. He tried getting water from a infected Bladderfish, and he isn’t looking so good. I’m sitting here in the lifepod worried for his health. I’m growing more thirsty, and Kaylee is too. Viúva is refusing to eat anything we give him, even his favorite Hoverfish. The Peepers are starting to get green spots on them. We’re not in the best shape.
Log 18: Viúva is dead. He drowned earlier this morning and we recovered his body in the deepest part of the Safe Shallows. He didn’t have the high compacity air tanks we had, and he swam a little too deep. We’re going to give him a proper funeral this afternoon.
Log 19: We dug a grave in the sand and made a cross out of copper. I hope his soul lives happily in the afterlife, and may he be blessed by Jesus. Kaylee has been weeping all afternoon. I can’t help her, she is too sad to eat or drink the nutrition bars and filtered water I give her.
Log 20: [LOG LOST, ATTEMPT TO RECOVER DATA HAS FAILED]

Chapter 6: Getting over it 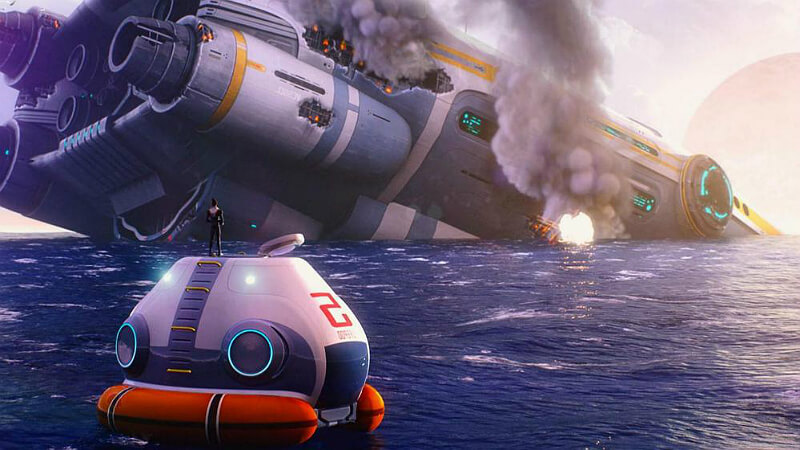 Log 21: Its a shame Viúva went so early, he was such a nice man and was too young to die. I’ve thankfully saved some therapy videos on my PDA when I went through stress on the Aurora. I’m showing them to Kaylee in hopes that she’ll get over it.
Log 22: Kaylee is finally eating again, but she still refuses to talk to me. I’ve explored further around the Safe Shallows and discovered a Seamoth fragment. I took it.
Log 23: [LOG LOST, ATTEMPTS TO RECOVER LOG HAS FAILED] Log 24: Sometimes, I wonder what lies beyond the Safe Shallows, and I wonder what things could be lurking in the depths past the safe haven that we landed in. What if we landed in the territory of a giant squid? What if we landed in a dark abyss that housed terrible creatures? What if we landed in a area with no chance of survival? What if we landed somewhere else other then these shallows? We could only wonder, because nobody has ever explored this place.

GTAmes
Where are the entrances to the Aurora?