Is it really a good ending? Subnautica 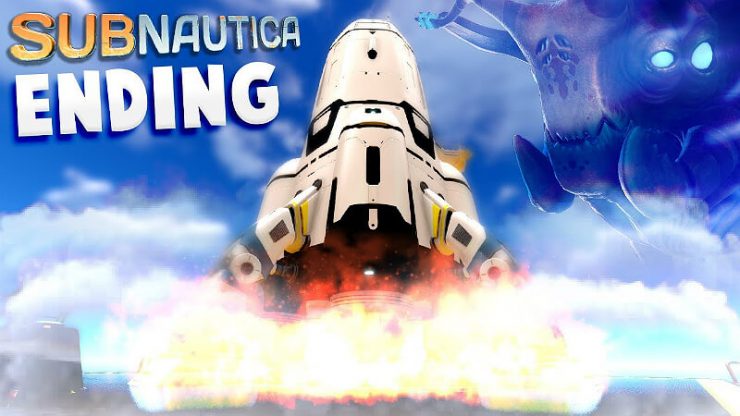 You leave and escape back to home… only problem is that you are charged by alterra the full value of everything you used resulting in you having a debt of $1,000,000,000,000……… (also they won’t give you permission to land unless you pay it, which that much is most likely impossible. your most likely end up broke, homeless, and a few hundred trillion in debt (and probably forced to sell a few organs)

Wouldn’t the better ending be curing the kharaar, not disabling the gun and staying?

Kharaa cured so you wouldn’t be dying or attacked by warpers, you have a giant underwater home with a amazing view, personal sub, personal mini sub, personal exosuit, a pet fish that does tricks, snacks, tons of food (fruit, veggies, a variety of fish), and a amazing aquarium and no taxes. you also wouldnt have to pay the taxes and the gun would stop them from being able to come and make you pay, also since the gun is on, they wouldnt be able to come and destroy the ecosystem by mining avatar style. (bonus if another ship comes and crashes, someone else may survive that could provide fun, in the racing/activies/company and/or wink nidge nudge way if your into that)

The rocket ending has you abandoned in space with no home to go to, no money, no food, nothing. slowly dying while trying to live off food stamp and soup kitchens in a card board box if you even end up being allowed to land.

It that’s or tax free life with everything you could want, only missing a proper bathroom and tv/videogames/radio (although watching fish in the aquarium or shotting stuff with a pro/repulsion cannon could pass the time).