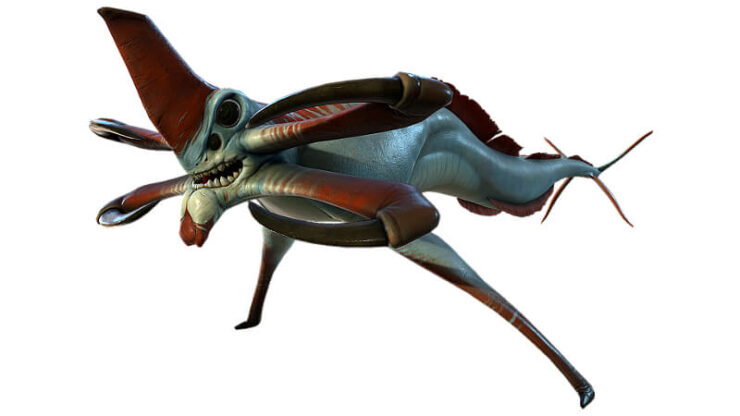 Despite their large stature and terrifyingly aggressive nature, the Leviathans of Subnautica are still killable – with a bit of effort. Here’s a few methods you can use to kill them. 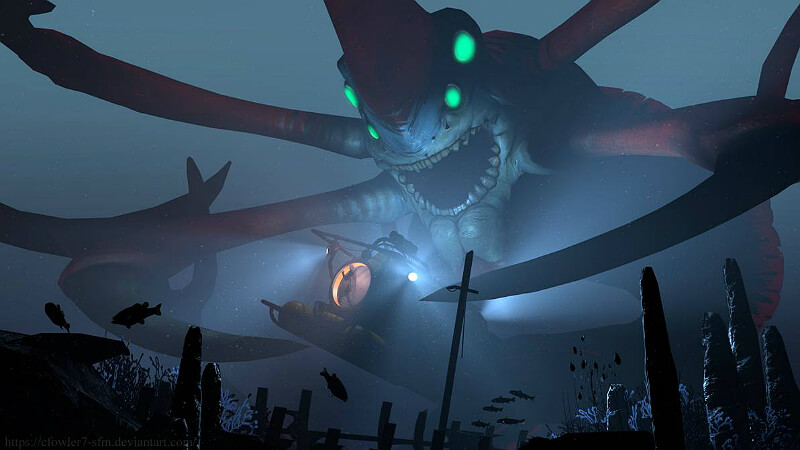 This guide will also work for other leviathans such as the Ghost Leviathan. It’s actually way easier with them. I recommend starting with them and working your way up to the Reaper.


Also the Sea Dragon. I’ve never tried killing it, but according to various YouTube videos it is possible.

Welcome to Jackass, I’m v0lxx, and today we’re going to be taking down one of the biggest ♥♥♥♥♥♥♥s in this entire game. When many first see one of these things, generally the first thing that happens is you say “what the hell is that thing? holy crap it’s big!” then it eats your seamoth and you die. Sadly, one of the things you will learn to accept in Subnautica is that everything hates you. I myself have lost 3 seamoths and almost a prawn suit to these bastards. A few days ago I decided I was done with these ♥♥♥♥♥♥♥s. I was going to put an end to this. And so I did and amazingly it actually worked pretty well. So then I thought I’d make this guide to show you how to get your own revenge.

Got that? You sure? Ok, but be warned, you will likely die trying to do this. Anyway, let’s go. 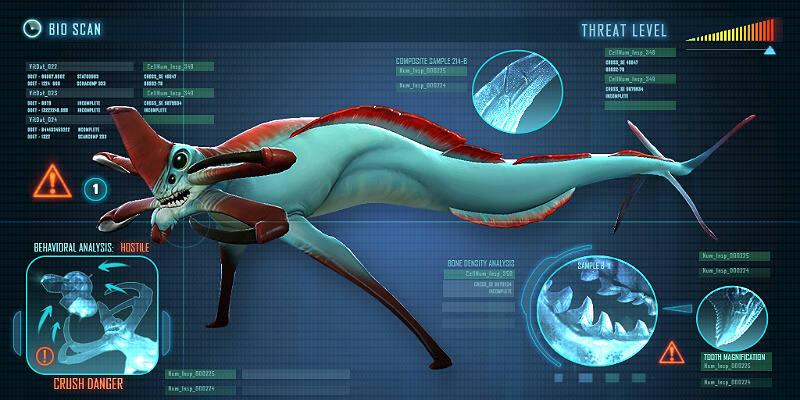 The Reaper Leviathan is a huge species of fauna, about the size of a Cyclops. It’s so big, in fact, that it’s the 5th biggest species in Subnautica, and the 3rd largest aggressive species. Usually, the first time you will see one is when you attempt to invade the Aurora. Reaper Leviathans guard both the front and the back of the ship, however their positions are not consistent and may vary between games. 6 each (yeah, 6) also are found in the Mountains and the Dunes. (Speaking of which, one of them may spawn directly on the right of Mountain Island, right next to the Quarantine Enforcement Platform. So don’t head in from the right side of the island.) A Reaper Leviathan skeleton can also be found in the Inactive Lava Zone. You should be able to tell if one is nearby from their heavily distinguishable roar, there really isn’t anything else like it. 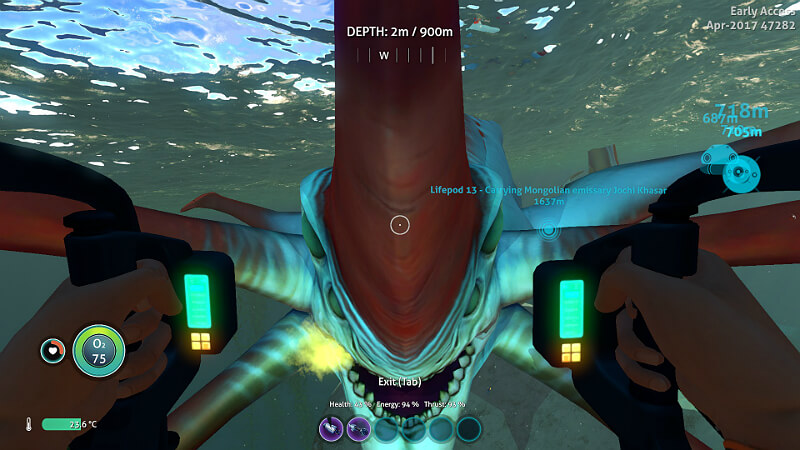 Reaper Leviathans can perform many different attacks, all of which will screw you over. They can swim fast enough to catch up to you if you make a break for it on your Seaglide or Seamoth. They will bite you for 80 damage, 4/5 of your health bar. If you health is already below 80, though, they will instead grab onto you with their mandibles and EAT YOU ALIVE. Obviously, that will kill you instantly. The Reaper Leviathan is also capable of using their mandibles to grab onto the Seamoth and Prawn Suit, crushing it in their grip and dealing massive damage to it, sometimes up to 60%. They have also been observed taking the Seamoth and smashing it into the seabed, destroying it instantly. The Cyclops also isn’t safe. Although it is unable to grab the Cyclops, it will still repeatedly ram into it in an attempt to get to you which will deal massive damage to it.

Other Leviathans follow suit in terms of size and aggressiveness. They all have their share of differences, though. Ghost Leviathans can come in two sizes: Juvenile and Adult. The Juveniles are found in the Lost River and are a bit bigger than a Reaper, but they don’t do as much damage and move comparably slowly. They also seem a bit less aggressive, but that might just be me. The Adults are found in the Grand Reef, Blood Kelp Zones, and the Void, and are much larger than their smaller counterparts. From personal experience, they seem to have somewhat identical stats in other places and in my opinion are significantly easier to kill than a Reaper. To attack their prey, they simply swim right at them while releasing a signature scream which can be used to tell that they’re mad at you.

The Sea Dragon Leviathans are even large than the aforementioned Leviathans. Luckily, they’re only found deep in the Lava Zones, and you can easily tell one is nearby from their impressive roars. They seem to be less aggressive than Reapers and they certainly swim slower than them, but they make up for this with a massive health pool and extremely powerful attacks which consist of biting your vehicle, breathing fire, spitting up flaming rocks at you, and swatting at you with their arms which is powerful enough to overturn a Cyclops. Speaking of which, many of their attacks will deal massive damage to the Cyclops and will most certainly deal either massive damage or an instant kill to YOU, so if you’re wise you’d prefer to keep your distance. But if you’re hoping to kill one, all I can say is good luck to you.

So now you know what you’re up against. You should always know your enemy before you attack. So, let’s begin. 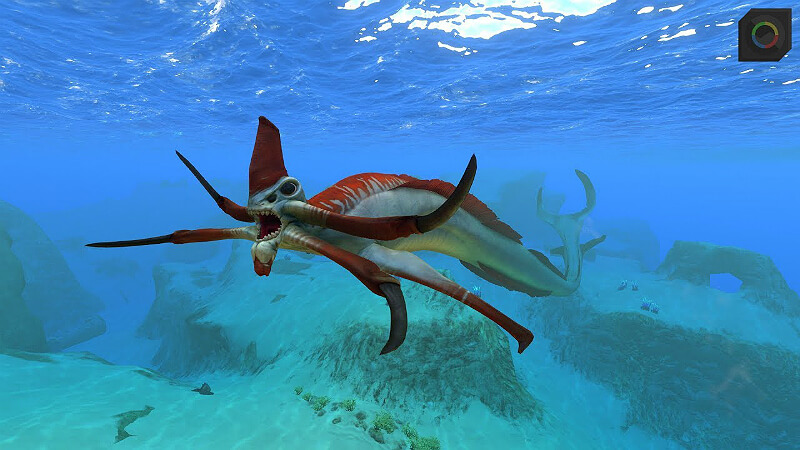 This method is what worked for me, however it is pretty risky as the chances of you dying while trying to do this are insanely high.

What you will need:

First things first: find yourself a Reaper Leviathan. I would advise against the ones at the Aurora, as you will want some space. I used the one next to Mountain Island. Get your ♥♥♥ over there. Now just swim around till it gets mad at you and charges. You’re gonna need some fast reflexes right now. As soon as you know it’s charging, get your stasis rifle, charge it up all the way, and shoot it directly at its face. The hitbox doesn’t spread much further down than the 2 fins near its face, so aim for the face. As soon as you know it’s stuck, get over there as fast as you can and start stabbing the crap out of it. 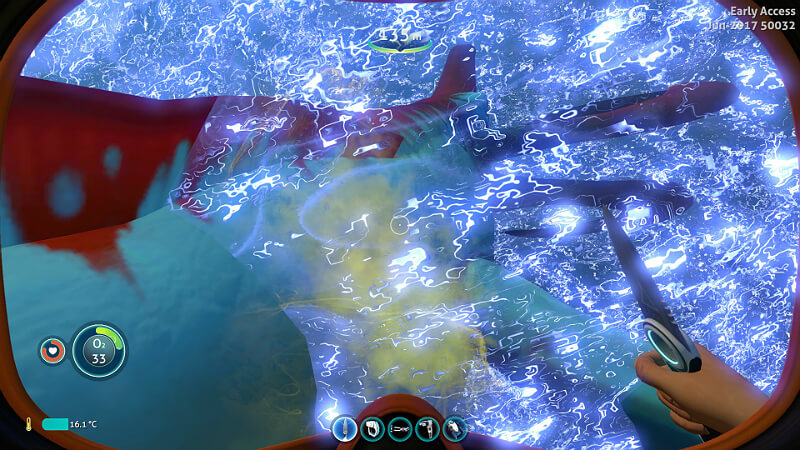 When it looks like it might break out, charge up another one and shoot. DO NOT GO NEAR THE MOUTH; IT CAN STILL EAT YOU. If you run low on air, shoot another stasis charge at it while you get more air. It shouldn’t break out unless you’re a slowpoke. Also, if you brought it, now would be a good time to scan it. Make sure you see the yellowy blood coming out of it, or you’re literally not doing anything. Don’t be afraid to get in there (just stay away from the mouth). It might start squirming around a bit – that’s just an effect from being in stasis, don’t worry about it. After your third air refill, you should kill it before you need to head back up. You’ll know its dead because it’ll flip itself over, like this: 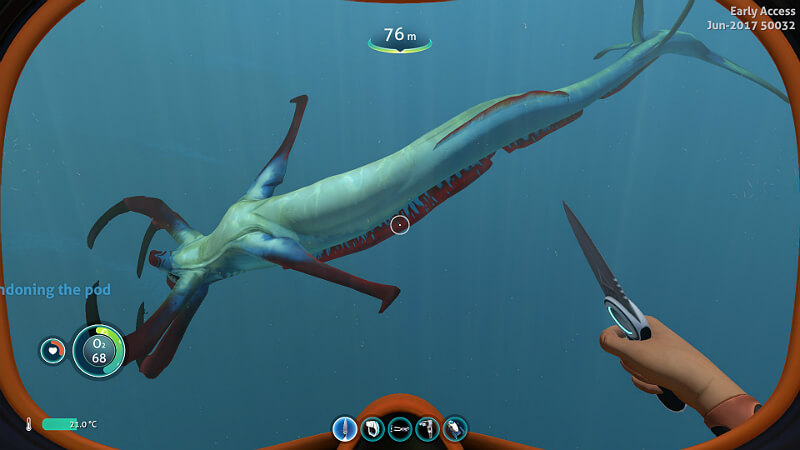 It’ll flip over regardless of whether or not it’s in stasis. Congratulations! You killed it. DO. NOT. SAVE. YOUR. GAME. Saving the game makes it bug out and come back to life. Or, it might, I didn’t really see.


I have no clue why this happened the first time I did it, but it doesn’t seem to happen anymore.
Do whatever you want.

Either way, it’s gonna go after you and “eat” you, and you’ll get stuck in the death animation until you run out of air. So yeah, wait till you’re back at base before you take selfies. But as long as you don’t save, being near the mouth *shouldn’t* kill you. 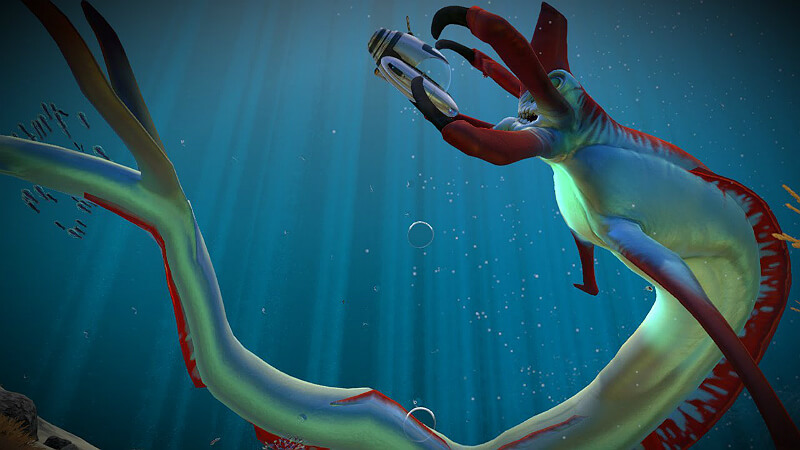 My first time I tried taking down a Reaper Leviathan, I tried this since I thought it’d be cool. I failed horribly. I’d advise using Method 1, but if you think you can do it, try it. Definitely cooler, anyway.

What you will need:

Unlike the Reaper Leviathan I used in Method 1, for this method you will want to use one in a more shallow environment, such as the one at the back of the Aurora. If you brought it, park your Cyclops nearby, but not close enough as to have the Reaper attack it. MAKE SURE YOU SAVE BEFORE YOU LEAVE THE CYCLOPS. Your suit’s destruction is extremely likely, and I’m sure you don’t want to lose it. Get your prawn suit and go get the Reaper Leviathan onto your tail. Just keep beating it up with the claw arm or the drill. The Reaper grabbing onto your suit is inevitable (even if you grappled onto it behind its mouth), and if you fall below 50% health, hide somewhere and heal the suit. If your suit is equipped with the grappling arm, try to grapple near the fin behind the mandibles. This puts the suit outside of the Reaper’s grasp and the only way it will be able to grab you is if it starts to move erratically and the suit flies around into its mouth.

Note that as the Reaper chases your suit, it will very likely swim pretty far away from the place you found it. Pray that it doesn’t swim into the Kelp Forest, or else you probably will never see it again. It’s very hard to see it through the Creepvine without fog turned off. Pray it won’t swim even further behind the ship, or you’ll have even more of them to deal with. Pray it doesn’t swim into the dead zone…for obvious reasons. Since your attacks will potentially be slower and do less damage, and the Reaper is not in stasis, this method will take a considerably long time, but if you keep going at it, the Reaper should eventually flip over and die. Congratulations! You’ve taken down a Reaper Leviathan using an extremely sketchy method. Extra props to you.

WARNING: I usually stay away from the Mountains and Dunes due to the Reapers, but if you do this there, DO NOT do it in a place that has Warpers nearby. They will teleport you out of the suit, and then the Reaper will likely kill you. This is another reason why Reapers near the Aurora are a better pick. 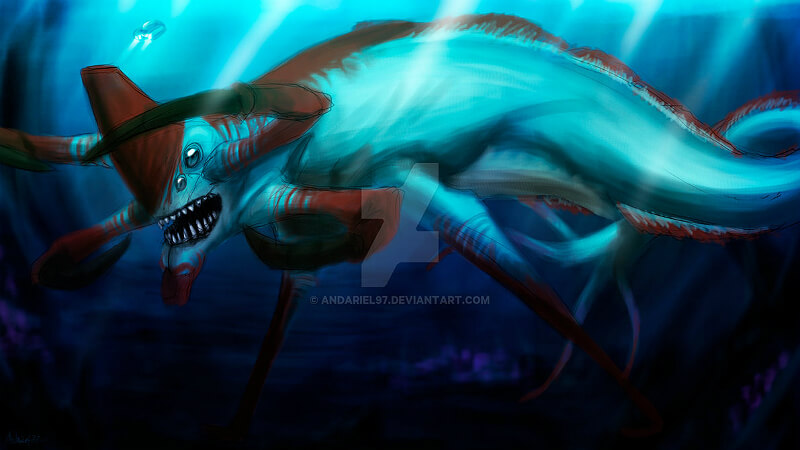 Here are some extra things you can do/should know to make your execution attempt smoother. 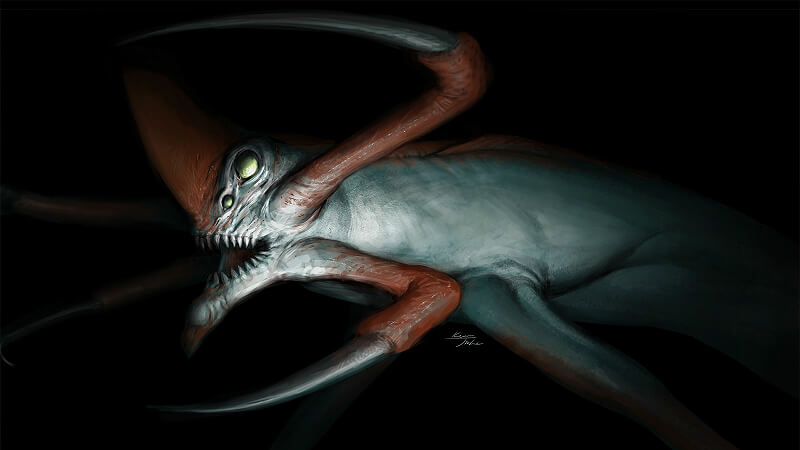 Thanks for reading my guide! I hope it helped you get your well deserved revenge. But be warned: that Reaper won’t be gone forever.

When a major update comes out, the map essentially “rebuilds” itself by swapping out all the old terrain files with the new ones. This also includes the leviathan spawns, so once an update comes out and this happens you’ll have to deal with those guys again. Like I said though, this is only for MAJOR updates. I killed off all the Ghost Leviathans in the Lost River right after the Ghost Update and they didn’t respawn until v1.0.

Still though, the adrenaline rush is good, right?