How to save power in Subnautica 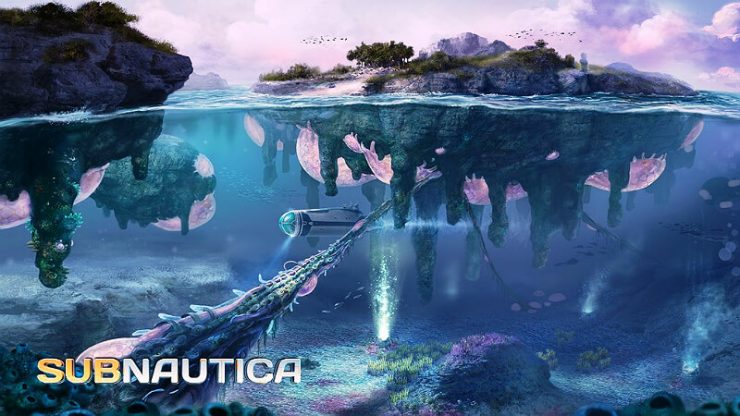 Fed up constantly crafting batteries and power cells? Destroying all mushroom life around you? Is Silicon the bane of your existence? This guide is for you! 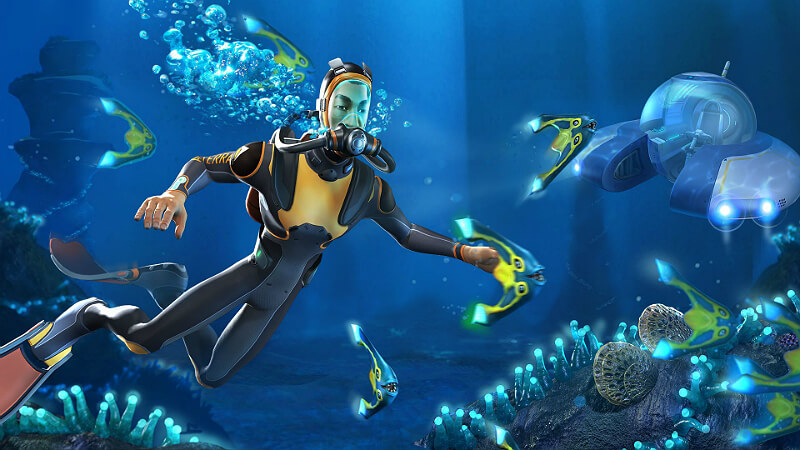 Note: If you are going to skip most of this (significantly large) guide, make sure to read the entirety of the conclusion. It provides the best overview.

This guide aims to alleviate some of the pressure around power as a requirement within the game of Subnautica. As with Food, Water, Oxygen, and to some extent, Health, power is a resource that is consumed, and as such must be replenished. Throughout the game the major forms of getting power into things is Batteries and Power Cells, the exception being the base, and continually crafting and storing these items is time consuming and frustrating, especially as Copper Ore cannot be farmed as yet.

As you move forward within the game, your power requirements will increase somewhat exponentially. Whereas initially Batteries where only occasionally required in crafting, soon your myriad of tools will begin to run low, to the point where there is always something that is almost out, forcing you to carry spares. You will also begin to see Power Cells, first with the Mobile Vehicle Bay, then the Seamoth (which requires replacing or recharging with use), and finally the Cyclops, which pulls power from a whopping 6 Power Cells (equivalent to 12 batteries for a full charge).

The secret, as with any supply-demand challenge, it to temper usage and passively generate income. This can quickly and easily be done with Solar Arrays, and later the Thermal Plant, as well as Swim Charge Fins. Coupled with a Moon Pool, these items eradicate the need for new batteries for tools and new Power Cells for the Seamoth, leaving you only needing to craft specifically for the Cyclops.

In the future, the Accumulator will store power to reduce outages overnight in early bases. 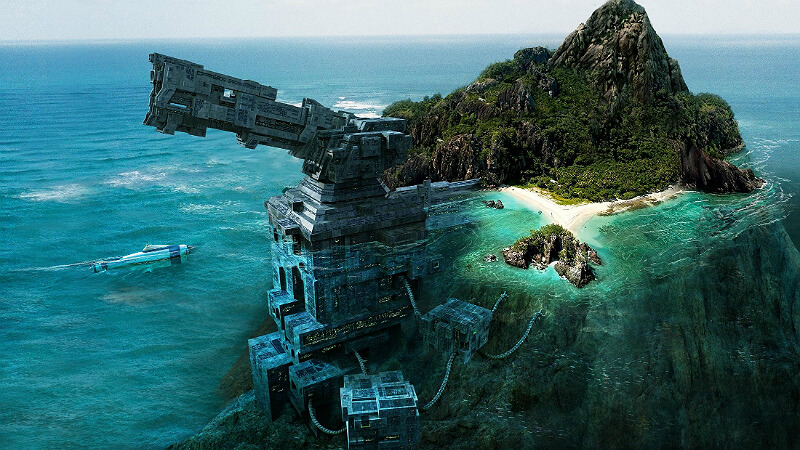 Batteries are the lowest and easiest source of power, used very early in the game when crafting a variety of tools. They require no blueprint, and are easily constructed from the common copper ore, and two acid mushrooms.

They are replaceable, and therefore exhausted by:

Lithium Ion Batteries can be crafted in the Modification Station using a normal Battery and 1 Lithium. They hold twice as much charge, the same amount as a Power Cell, and will significantly increase the range of your Seaglide.

Power Cells are also built without a blueprint, and are made by combining two Batteries with Silicone Rubber. It is interesting to note that in conventional terms, these terminologies are used the wrong way round, where a battery is typically several power cells.

Power Cells are exhausted by the Seamoth (a single cell at the rear), and the Cyclops (6 cells in two banks of three by the turbine). 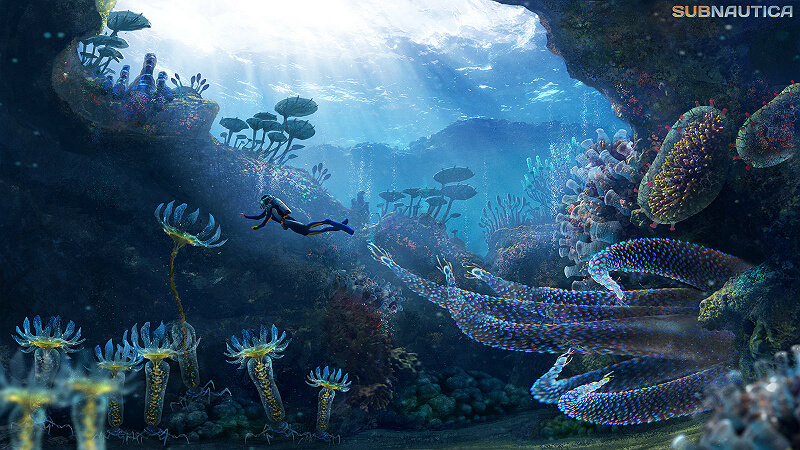 Swim Charge Fins can be crafted using normal Fins and a Wiring Kit using the Modification Station, and will recharge any tool in the player’s hand by 1% for every 10 meters swum. They do not currently charge the SeaGlide or in-development PowerGlide sufficiently to maintain power, but do slow the rate of consumption.

A Battery Charging Station will slowly charge up to four normal or Lithium Ion Batteries at a time. This should eradicate all battery wastage.

The Seamoth Solar Charger is an upgrade module for the Seamoth. Multiple modules can be applied to stack the effect, although one module is typically more than enough. The module gives 1% of energy per second during daytime, dropping overnight like a Solar Panel.

The power generated by a Seamoth Solar Charger decreases with depth. One module is powerful enough to charge a moving Seamoth up to 150m depth. Two are enough up to 175-200m.

Below 200m, Seamoth Solar Charger modules have a very weak charge rate, not even enough to sustain the Seamoth idle energy consumption (1% every 16s).

Recharge: Seamoth by docking with a Moon Pool or Cyclops

A Power Cell Charging Station will be able to recharge up to two Power Cells at a time, for a slow renewal of old, exhausted Cells. With this and it’s smaller sibling, you should only need to manufacture Batteries and Power Cells when you require more, never when they are out of power.

Lifepods come with special “self-recharging” power cells, and are why your lifepod will always regenerate its power. These cannot currently be removed for use elsewhere.

Solar Panels are some of the cheapest and easiest ways to get free, passive power. They require you to scan only two blueprints, and are built with just two titanium and two quartz with the builder. 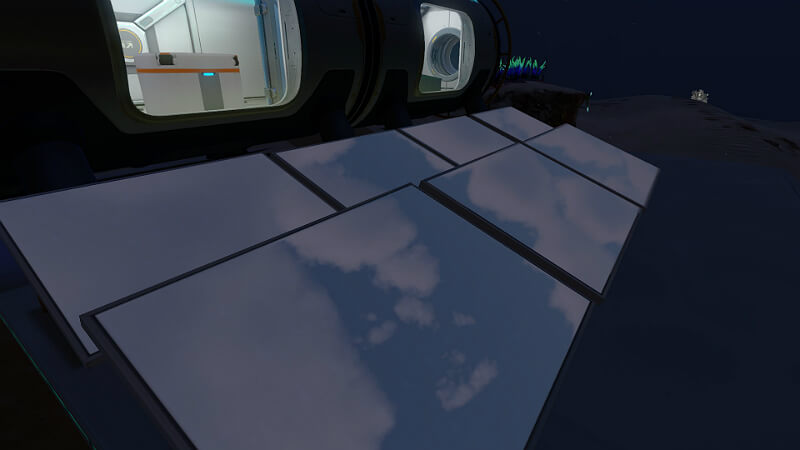 Keep Solar panels near the surface to generate the most energy, at 42m of depth it takes approximately 4-5 minutes to generate the 50 units of energy it can store during the day, and will transmit up to 20 meters to a Seabase. Power Transmitters can be used to route power further.

During the day the Solar Panel receives the most sunlight and charges the most. During the evening it decreases in charge since it receives less light as the sun goes down. At midnight there is no charge at all.

Solar Panels can collect up to 200% sunlight if built on the Floater Island.

The Bioreactor is likely the earliest feed-in mechanisms for power you will come across. Rather than specifically crafting things, once one is built it can be fed an endless supply of plant matter.

The typical problem is that the supply of plant matter is not actually endless, as it requires manually feeding in at regular intervals to maintain it’s rather slow output. It also occupies the majority of a multi-purpose room. 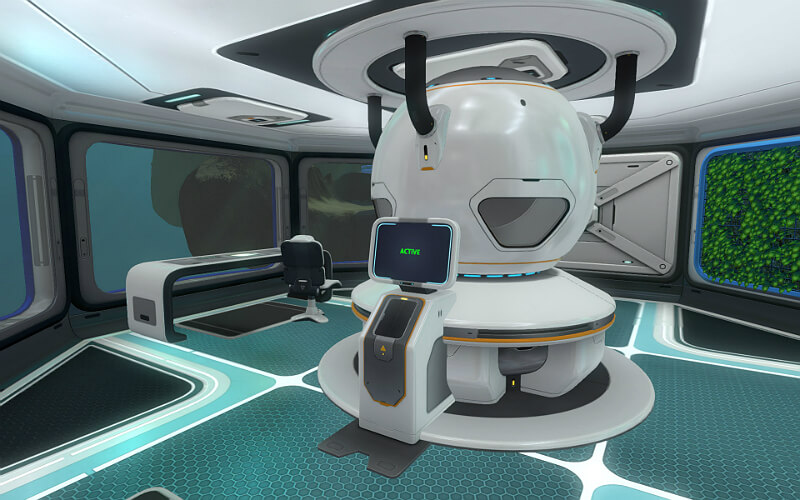 It does, however, look quite cool, especially with surrounding wall planters for fast reloading, and adds a cool 100 power capacity to your base.

In real terms however, this is easily matched and beaten by a mere 2 Solar Panels, and probably isn’t worth serious investment past exploring, due to the manual nature, even with such an easy recipe (4 Titanium and 1 Lubricant with the Blueprint).

The Thermal Plant is best used as a mid-game supplement to a decent Solar Array, as it runs through the night to avoid brown-outs that can be especially bad at low depth bases that flood with loss of power, too far down for easy surfacing. They also serve well as a temporary, low-power supply until materials are available to run Power Transmitters down from a surface Solar Array. 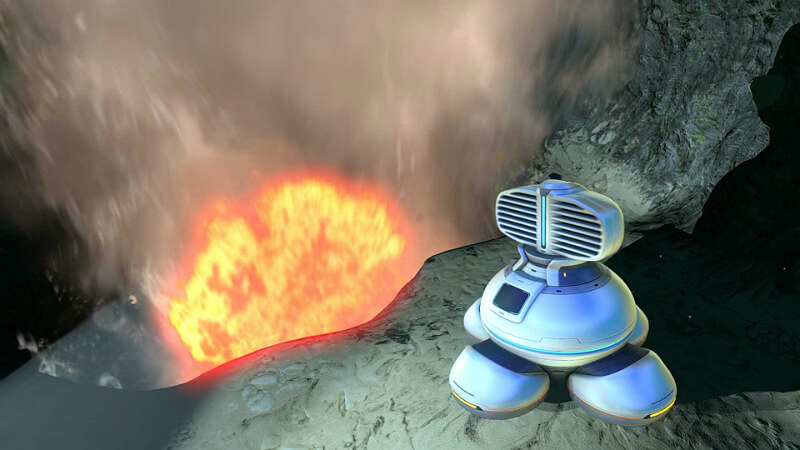 Unfortunately, they are relatively poor producers for their cost, balancing the supply of 2 Solar Panels with the storage of 1, while consuming a Titanium Ingot, 2x Magnetite (quite difficult early game), and Lubricant for crafting.

Nuclear Reactors process Reactor Rods, fabricated using Uranium, within a Seabase. The reactor occupies the center of a multi-purpose room, much like the Bioreactor. 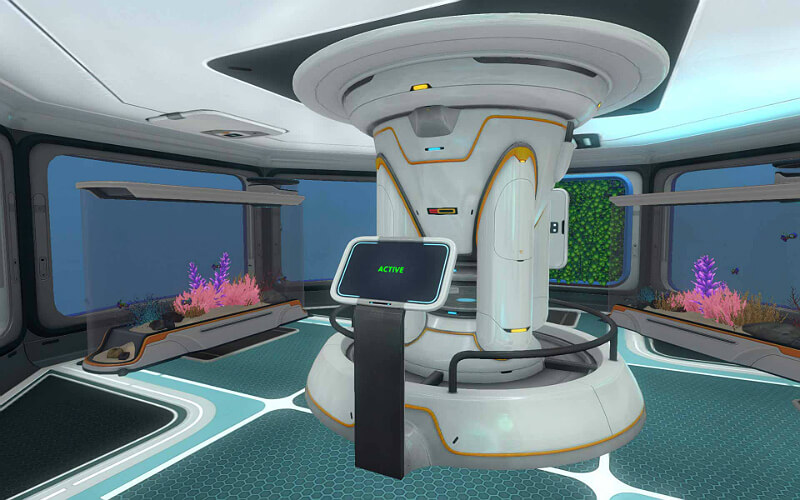 It produces energy at various speeds depending on the number of Reactor Rods installed, to a maximum of 4. Each Reactor Rod will supply 1200 Energy, and once consumed will leave behind Depleted Reactor Rods. 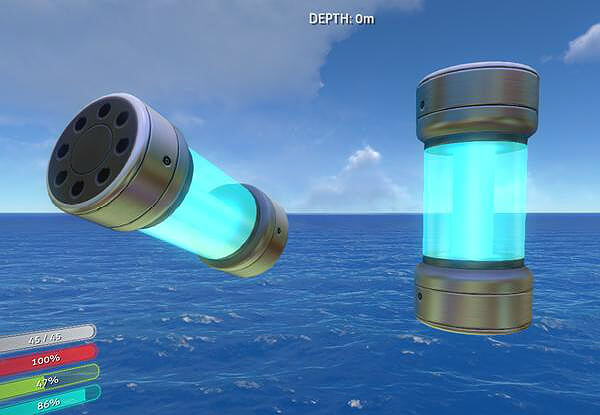 The Nuclear Reactor is a remarkably powerful machine, producing up to 150 Energy per minute, and storing a whopping 500 Energy. At that rate, it will take 32 minutes to fully deplete its Reactor Rods. It is not restrictively expensive to build, with the possible exception of 3 Lead, in addition to 2 Titanium Ingots, and 1 Lubricant. 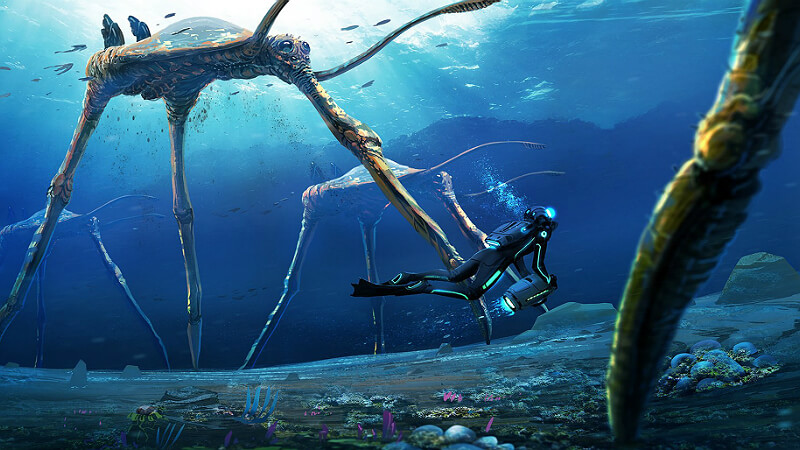 Just as a note, totally re-fuelling a stalled Cyclops takes 6 Power Cells, assuming no docked Seamoth, or 12 Batteries and 6 Silicone, or 24 Acid Mushrooms, 12 Copper Ore, and 12 Creepvine Seed Clusters when gathering. This will fill an entire Locker (the biggest kind), or an empty inventory.

It is also the leading cause of deforestation in Subnautica.