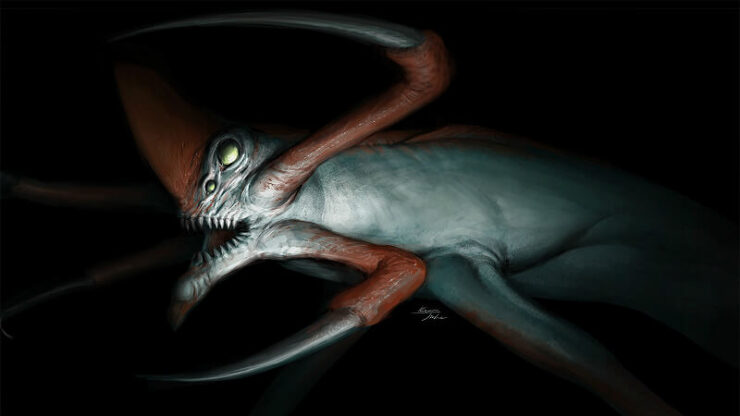 Firstly, the fauna classified as “leviathans” in Subnautica, from smallest to largest are:

Now, the term leviathan could be interpreted in many ways, combining a few definitions, this is what I found best describe them: Huge ocean monster that is the top of its food chain.

Anyways, compared to it’s diet of small fish, stalkers and bone/sandsharks it’s pretty massive. BUT IT ISN’T EVEN AT THE TOP OF THE FOOD CHAIN

In the Inactive Lava Zone you find I think there are 4 Repear Leviathan skeletons. The Reaper is sometimes dinner for the twice as large Sea Dragon which sometimes takes a trip up the LR, and drags a Reaper down to the ILZ.

And remember, there is 1 Sea Dragon in the ILZ. ONE. There are 2 more in the ALZ if I remember correctly but still, this means that it’s not very uncommon for the Dragon to get himself a meal from the surface.

Note:  Just to clarify: This is my opinion, I don’t think they fit the bill for what I think a Leviathan should be. They are Leviathans because the devs say so and it’s their game. I just wanted to explain something I thought of and found interesting from me looking up what the hell Leviathan actually means. According to the wiki (unofficial), all that’s required for a creature to be placed in the category is for it to be really big.

GTAmes
How to Kill a Reaper Leviathan + Other Leviathans – Subnautica