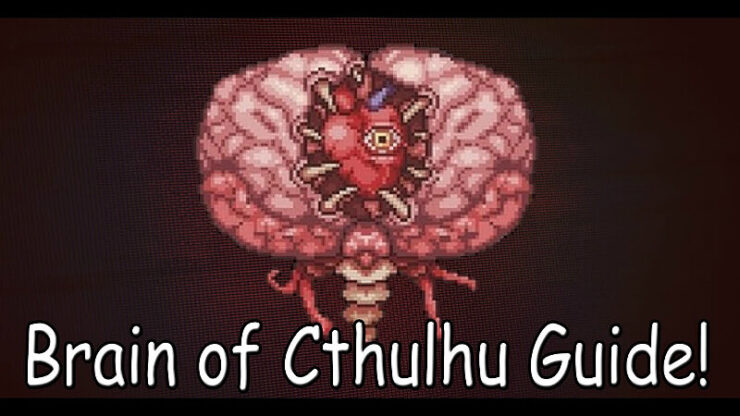 A Guide With Information of Brain Of Cthulhu. 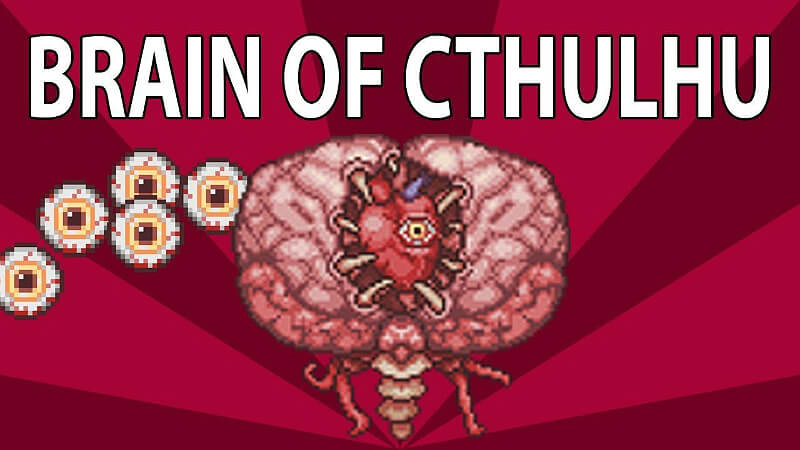 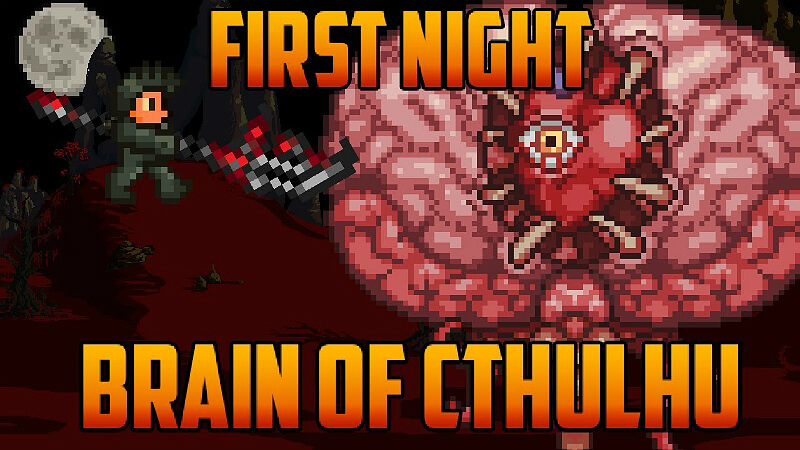 The Brain of Cthulhu is a Crimson Boss that resembles a large flying brain. It spawns when players destroy 3 Crimson Hearts, or when a player uses a Bloody Spine.

The Brain of Cthulhu is the Crimson counterpart to the Corruption’s Eater of Worlds. Much like its cousin, fighting it is essential for progression, as the Brain and its attendant Creepers are the only source of Tissue Samples and usable quantities of Crimtane Ore, which are required to craft advanced tools and armor. Note that, like with the Eater of Worlds, actually defeating the Brain of Cthulhu is not completely necessary, as long as you are able to destroy enough Creepers to get the materials you need. 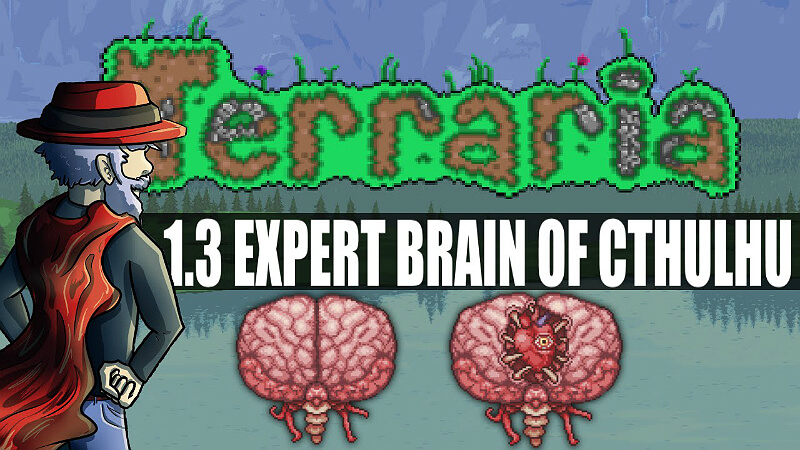 The Brain itself is initially invincible. It teleports around the player, drawing nearer before teleporting away again in a random direction while its Creeper minions attack. The Creepers do not teleport along with the Brain, but are instead pulled between the player and the Brain in large, sweeping orbits. Once all Creepers are defeated, the Brain enters its second phase. In Expert Mode, Creepers can inflict various status effects.

In the second phase, the Brain becomes vulnerable to attacks, and aggressively attempts to ram the player before teleporting away.

Also in the second phase, 3 mirror images of the Brain appear to distract the player, and become more visible as the boss loses health. And just like the creepers in expert mode, The brain can also cause various status effects. 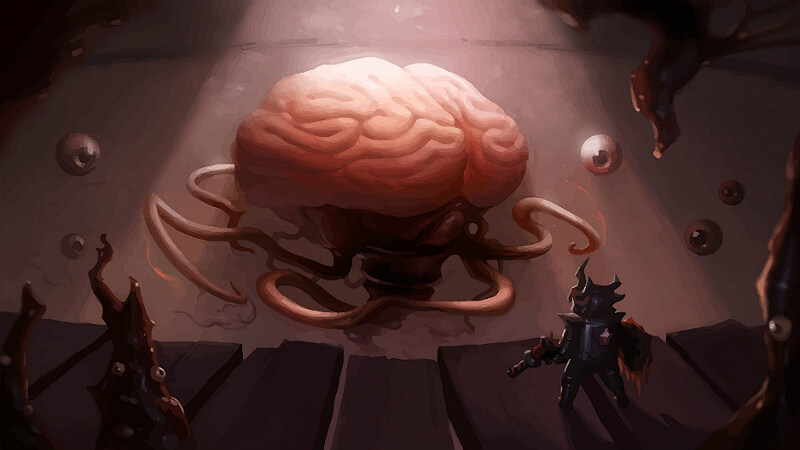 As Creepers drop Tissue Samples and Crimtane Ore fairly frequently, it’s technically not necessary to defeat the Brain of Cthulhu to gain access to Crimson-tier equipment, only to kill a couple of Creepers and secure their drops.

Creepers have low individual health and are especially susceptible to the On Fire! and Frostburn debuffs, so weapons that inflict those can make quick work of them.

The Brain of Cthulhu is the only boss susceptible to knockback. Weapons with high knockback such as the The Rotted Fork can keep both Creepers and the Brain from closing distance between teleports.

Unlike the Eater of Worlds, the Brain of Cthulhu doesn’t run away and despawn if you leave the Crimson, therefore you are able to summon it and lead it to a nearby arena in a less hilly biome (it will still despawn if you teleport home). 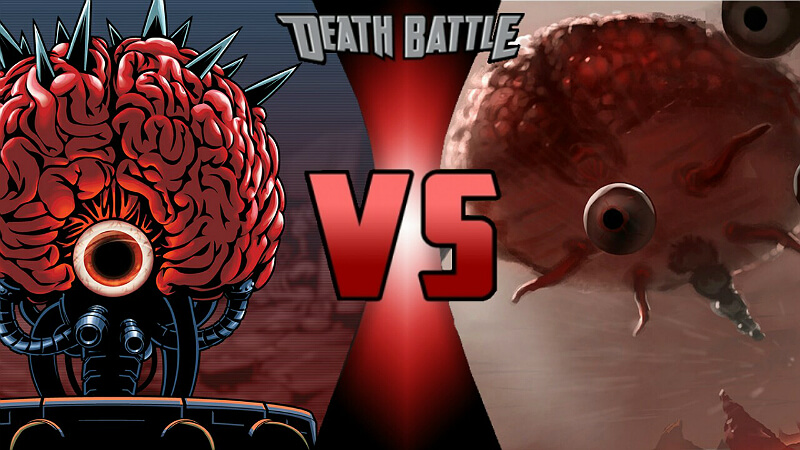