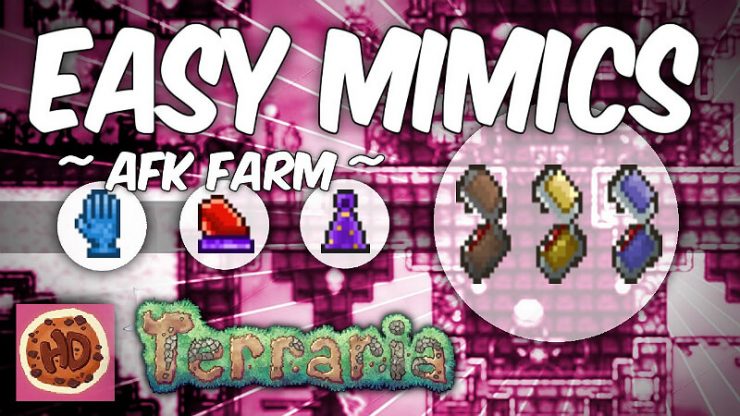 The theory behind this farm is laughably simple: Mimics can spawn anywhere, provided that there is a natural wall in the background. This means mimics can spawn practically anywhere. Dig 2 blocks down and you’ll find a natural dirt wall.

The surface build goes as follows:

Mobs can only spawn in a 146×90 area around the player. Mobs cannot spawn within a 108×66 area around the player, or outside of the 146×90 area. Since the only mobs to spawn are slimed and mimics, the dart traps will instantly kill the slimes, leaving another opportunity to spawn a mimic. If a mimic is spawned, they will be activated by the dart trap. They will then hop into the lava, dying. Add a few water candles if you want even higher spawn rates.

With this method, I managed to earn every item a Mimic can drop, including 4 titans gloves, 2 star cloaks, etc. 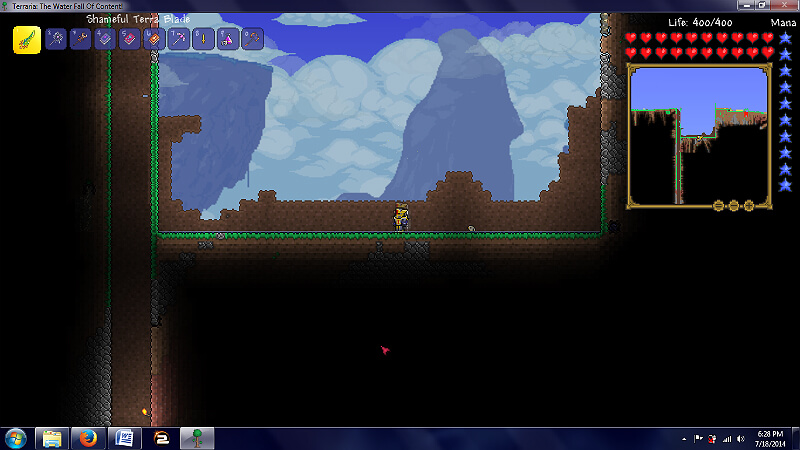 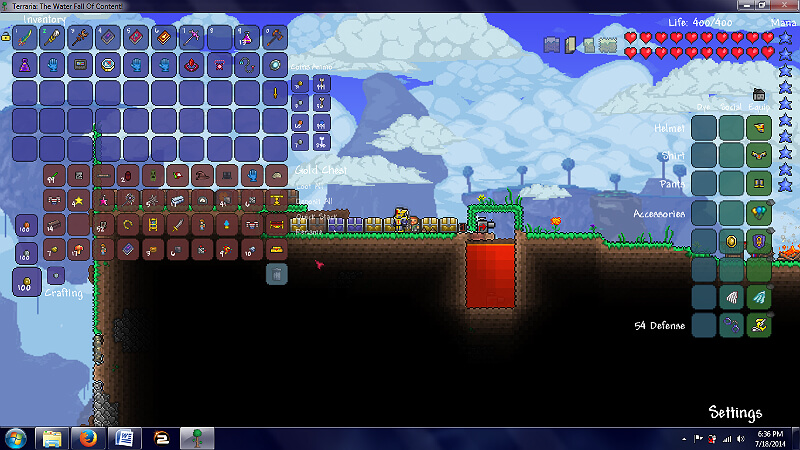 Good luck, please let me know if you can think of another farm!