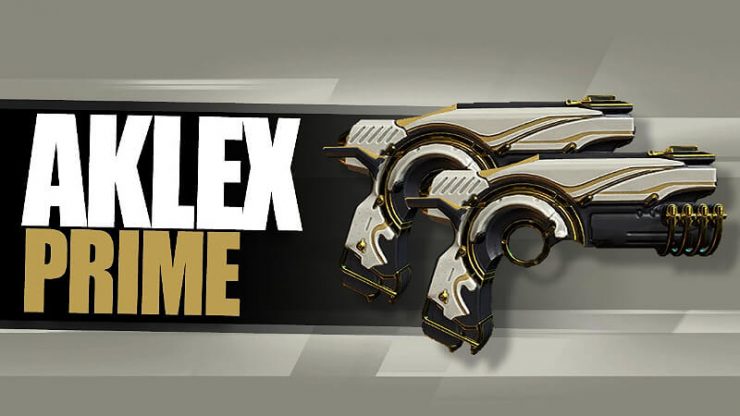 Aklex Prime still has a well-deserved loyal following in the community, despite the meta being overtaken by newer Slash-focused Crit/Status hybrid Secondaries. It’s still a very good weapon, of course. Personally, I’m a big fan of Aklex, and I’m not ready give up on our old friends quite yet. They’re just plain satisfying and fun to use, although the Puncture-focused damage is harmful to the Status proc pool, and the base Recoil/Accuracy/Fire-Rate/Reload-Speed can be very punishing.

Aklex Prime’s stats are beginning to pale in the face of new secondaries like Akvasto Prime, with its high Slash proc chance (due to the base IPS ratio) and Crit/Status synergy similar to Aklex’s base stats. Furthermore, Akvasto has the advantage of a 1.30 Riven Disposition, compared to Aklex Prime’s 0.92 Disposition. All of these factors come together to make it difficult to build Aklex Prime for Endless runs, and justifying its use over newer weapons tends to be an uphill battle. Rest assured- here is a quick rundown of how to make the most of Aklex Prime in 2019.

A standard crit/status hybrid build- complete with base Damage, both Multishot mods, both Crit mods, a combo Elemental with 60/60% mods, and Punch Through. Every slot is necessary, you must be very careful with any sacrifices. You may want to swap Frostbite for Jolt to create Corrosive Status, depending on the faction/level of your enemies, and the armor-stripping potential of your squad.

Multishot: With Barrel Diffusion, your projectile count is increased to at least 2 per-shot, with a 20% chance of 3 per-shot. With Lethal Torrent, the chance of 3 projectiles is increased to 80% per-shot. More Multishot = more Status procs and more chances for a Critical hit to occur, ideal for Crit/Status hybrid builds. Additionally, the +Fire Rate on Lethal Torrent is quite beneficial to Aklex’s overall sustained DPS, though it can be difficult to remain on-target with the heavy recoil. You should always be using both of these mods when possible!

Status: Aklex Prime has an extraordinarily-high base Status Chance of 25%, which can be increased to 40% with one 60/60 Elemental mod, and 55% with two 60/60s on the full build. After Multishot is calculated, Status Chance reads 89.3%, somewhat misleading. Normally, you’ll want to be using Pistol Pestilence + Frostbite to create Viral status, with a full squad of 4x Corrosive Projection and/or 100% armor-stripping Frames/Kavats. If you’re running solo into very high levels, or your squad has no armor-stripping, you might want to consider using Corrosive over Viral.

Punch Through: You should never be using less than 0.5-1.0m of Punchthrough. Aklex has zero innate Punch Through, and Seeker is an indispensable priority for maximizing effective DPS against multiple targets, bypassing Lancer shields, penetrating light cover/doors/walls, et cetera.

Disclaimer: You do not need Rivens to take advantage of Aklex Prime. However, it’s possible to push the weapon well beyond its usual thresholds, if you know exactly what to look for. I hope to offer some suggestions in that regard, preferably without detracting from the basic build advice. 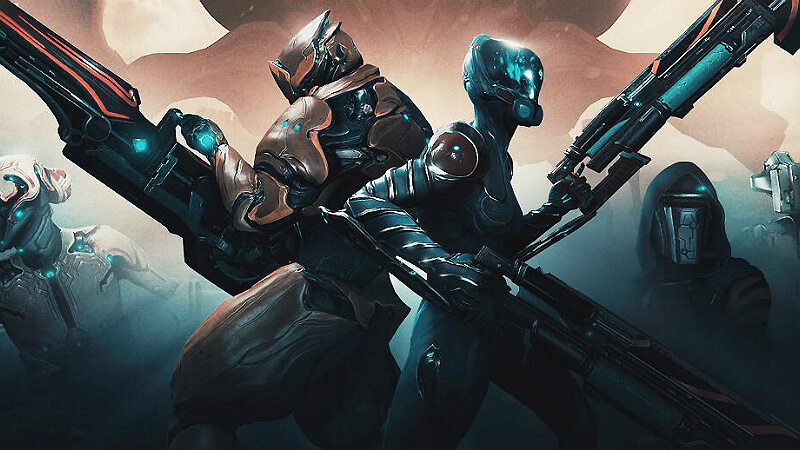 -NEGATIVE PUNCTURE: By using a Riven with NEGATIVE Puncture damage, you can optimize your proc pool and make Slash Status dramatically more-likely to occur! This makes a world of difference in effective DPS, and synergizes very well with Viral procs. A single Viral proc will half the enemy’s HP, and Slash procs will chip away at whatever is left, while ignoring shields/armor. With a triple-positive Riven, you can achieve up to -74.5 to -91.1% Puncture Damage. With a double-positive riven, -49.2 to -60.1%.

+Multishot: The ideal choice for most Crit/Status hybrid weapons with a CD multiplier of 2.0 or below, due to the synergy with hybrid weapons.

+Critical Damage: Always useful, although the base CD multiplier is merely average, and it may be beneficial to prioritize +CC/MS over +CD.

+Punch Through: By equipping a Riven with +Punch Through, you can include it in your build without sacrificing any core mods. In order to include a Riven without a sacrifice, you must replace an existing mod. Otherwise, you’ll end up with: either no combo element (Viral/Corrosive), or removing one of the Crit mods.

+Toxin/Cold/Electricity: In lieu of +Punch Through, you can try using an elemental to save a slot on your combo element. Be aware that you will suffer a decrease in overall build versatility and modded Status Chance, though.

Saves a slot on +Punch Through in order to keep the entire build intact with no sacrifices. Negative Puncture optimizes the Status proc pool in favor of Slash and Viral. While suffering a negligible decrease in base damage, it gains a much-improved overall sustained DPS via efficiency of Status. Finally, projectile count is increased to an average of ~4 per shot, and the modded CC is brought into a more-reliable range. No longer will 1/3 shots be a dud.