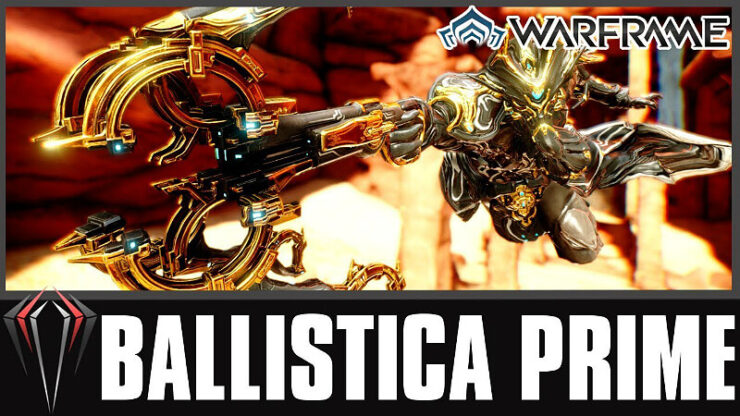 I’m an avid Ballistica Prime fan (yes, I know it’s terrible), and I’ve been theory-crafting ideas for good builds. As it is, though, its stats are just too misleading, as a 20% crit/20% status weapon seems fairly balanced, but it takes the worst mechanics from shotgun sidearms AND standard sidearms and pits those mechanics against each other.

So its crit stats are pretty good. It doesn’t truly seem like it until you take into account that it uses the shotgun formula for sidearms, which means crit chance per pellet/bolt.

This also means, however, that the status chance is kind of screwed… because status for shotguns is divided amongst the pellets/bolts.

This would be fine… but the Ballistica Prime isn’t a shotgun, nor does its ammo reflect that. Every shot uses 4 ammo. The only other shotguns to use more than 1 ammo per shot would be the Kohm series of weapons, but their gimmick is that they get boosted multishot for each shot that uses more than 1 ammo.

Another large issue is the ghost mechanic of the charge shot. Killing an enemy with a charge shot creates a ghost that fights for you for 7 seconds. This would be useful if it weren’t so…

A.) Difficult to kill higher-level enemies to begin with, due to its poor supplementary stats. B.) Annoying to have ghost enemies immediately alert other enemies, even if other enemies don’t see the ghost, yet. C.) Short of a duration.

So, my separate suggestions to buff/fix the Ballistica Prime are as follows:

1.) Change the weapon’s firing formula. Changing it to a “burst” type weapon would make it consistent with weapons such as the Quartaak. Four shots used should be equivalent to four different “shot instances”. Each of the Quartaak’s “pellets” has a separate crit/status chance, because it is not a shotgun. It is a rifle that fires four shots (seemingly) at once. 20% status chance on 4 separate instances of damage would be FAR better for a weapon locked until MR 14. This would also justify the way the weapon uses 4 shots at once. With this suggestion, damage/crit does not need to be touched, simply the firing mechanic.

2.) Make the weapon take 1 shot per trigger pull instead of 4. This would severely boost the ammo economy of the weapon, PLUS increase its overall sustained DPS. If it worked this way, it would justify the split status chance of the weapon. If this were the way the weapon were changed, it would also make sense to boost the status chance to at LEAST 25%. This would mean that, with 4 dual-stat mods AND Embedded Catalyzer (90% status), you’ll sit at +330% status chance on a weapon that would need +400% to get 100% status before multishot. A good riven can get you there, and this would be sufficient to justify the split status between shots. If DE would buff the status chance any higher than 25%, I’d already be a greatly happy camper.

3.) Make the ghost mechanic worth using. There are many ways to make this gimmick more useful: ghosts are immune to damage, the duration is based on enemy level, or just flat-out longer. Maybe ghosts could always be one level higher than the enemy killed, or maybe they do increased base damage. Maybe the ghosts are silent, or maybe enemies can’t see the ghosts. MAYBE the ghosts can have a higher aggro pull (which Warframe needs more of, anyway). Maybe the ghosts have a lifesteal effect every time they damage an enemy. Maybe this lifesteal effect heals the ghost, maybe it heals the player. There are so many ways to make this weapon’s ability more useful. It’s just a shame that 7 seconds is nowhere near enough to utilize the infinite amount of enemy ghosts you COULD spawn. Possibly a hard cap on the amount of ghosts that could spawn could usher in a buff to this mechanic of the gun.

Strangely enough, the Ballistica Prime, while bad, is in a very strange spot as a sidearm. It’s not good, but the potential it has, if reworked a bit, could easily make it justify its MR 14 requirement, and, hopefully, compete with other more viable sidearm options. If you have any other suggestions to change/buff this weapon, please let me hear them. As it is, to get this weapon anywhere near viable, you would need to dump crits out the window and focus on status with all 4 dual-stat mods, Embedded Catalyzer, and a GODLY riven (gotta get that +500% status BEFORE multishot).

Now you could argue that you can just build it for crit, but 20% is such a low supplemental stat for a weapon (even a shotgun sidearm) that will not be firing very often since its damage listed is its charge shot’s stats; nor can it take advantage of its high base slash due to its low status chance. If it could, then this weapon could be a crit-slash monster.

I hope Ballistica Prime does get buffed at some point and not forgotten like so many other weapons.