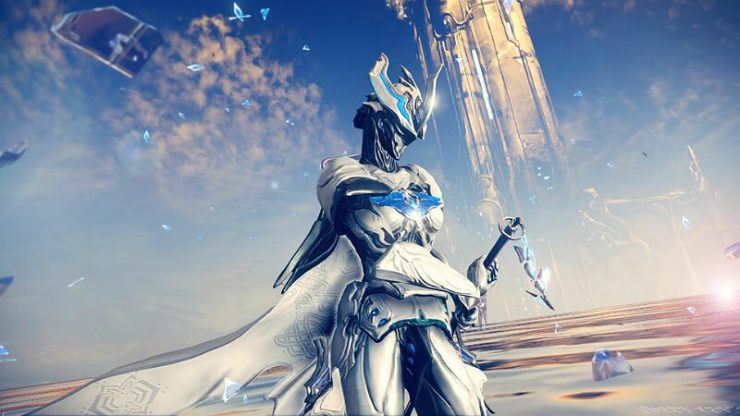 At the moment I am using Primed Flow because it offers a much easier time than the extra bit of duration from Augur Message as I am not so constrained with energy, especially since I don’t use efficiency.

Although Splinter Storm’s damage reduction is capped at 90%, which is reached with just 30% Power Strenght, I use the Umbral combo because Mending Splinter is affected by Power Strenght, and with the two maxed, having Splinter Storm only on yourself will give you almost 5 hp/s regen, which already beats the use of Rejuvenation, but since you can also cast it on your sentinel, which will always get reset as well when using Mass Vitrify, that’s around 10 hp/s, and each subsequent target you cast it on will empower it, making a great healing for allies, and if in need of a quick empower, casting it on an enemy will still boost the healing for yourself and allies while still retaining the damage boost on said enemy.

With Adaptation and Mending Splinter, Gara is almost unkillable. The little range is there just to allow her Mass Vitrify and Spectrorage to work as well, and since the build is not focused on scaling Splinter Storm losing Splinter Storm to a Nullifier or off the map drop isn’t as much of a set back. (I mean, you can stack it if you want, just that the short range won’t do you too much unless you actually go to hug enemies)

I’d like to hear your opinions and thoughts on the build.