Why is Baruuk in such an unfortunate place? 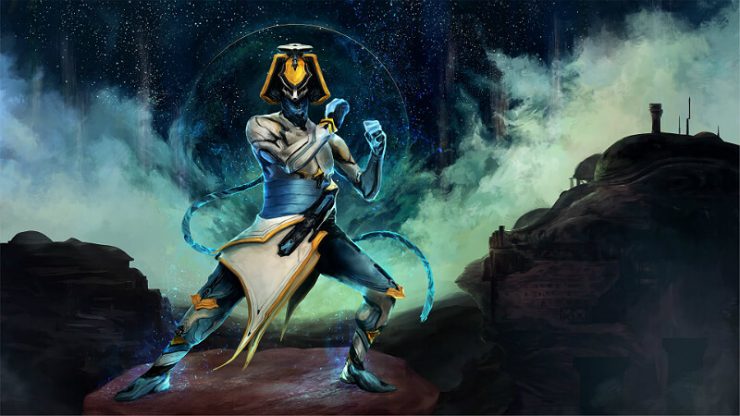 People started off by mentioning that his 1st ability: Elude is overpowered. It puts Baruuk in a stance that makes him dodge certain projectiles at a 180º radious and 360º radious with 205 range. Baruuk cannot attack if he wishes to benefit from this which only gives this a couple of uses; you’re moving from point A to B, reloading a weapon (?) and AFK/Alt-tabbing. It may seem handy at times, but you’re still vulnerable to AOE splash damage, melee attacks and status effects (slash, impact, puncture etc…)

I think most people have forgotten that a warframe called Zephyr exists. She provides the same type of ability: Turbulance. Zephyr covers herself in wind, redirecting all incoming projectiles towards a different location (avoiding direct impact). There are no conditions towards this ability, meaning the user is completely free to attack while this is active and maintain a normal gameplay pace. Zephyr, with the needed range (there’s not much to build on her besides range/duration), can avoid AOE splash damage, and half of the status effects.

Why is Elude considered overpowered, by the general public, but not Turbulance? The second option can even give movement speed with the correct augments along with better projectile speed.

Lull is definitely my favorite ability Baruuk has to offer. We are talking about an AOE sleep that can open up enemies for finishers, it’s genuinely good since finishers have infinite (?) damage and can handle enemies with 4 digits worth of levels. Map geometry seems to affect it according to line of sight which often leads to buggy interactions.

Desolate Hands appears to be an ability that conflicts with the rest of his kit. You initially build strength in order to add up with damage resistance (capped at 90%). The daggers hold up 10% of said reduction, but they seek allies and enemies, meaning you end up losing this resistance when near other targets. This ability is conflicting because you need range for Ellude and you need range for his Lull. High range (205%) will actively make those daggers seek everything, causing you to constantly recast this over and over again. It definitely seems problematic – time casting abilities = less time pumping damage.

Serene Storm offers up one of the worst Exalted weapons I can think of. It takes too long to kill any target (reasonably leveled) with it because half of the time it’s busy CC’ing the enemy instead of shredding it. Some could argue that the CC is good, but Lull completely washes that point away. In the need of controlling the movement of a target, you won’t throw invisible punches at it for excessive ragdoll mechanics to kick in – that’s just a waste of time and effort. Either kill it with a better weapon or use Lull.

Baruuk is a mediocre warframe, barely half of his kit is objectively good.
He isn’t tanky enough to keep up with other EHP top dogs: Nidus, Inaros, Chroma, and Valkyr…
Elude is a bad Zephyr’s Turbulance.
Lull is a variant of Equinox’s sleep, but Equinox still presents the rest of their ability kit, which is vastly superior.
Desolate Hands could make a Nova cry from laughter.
Serene Storm…