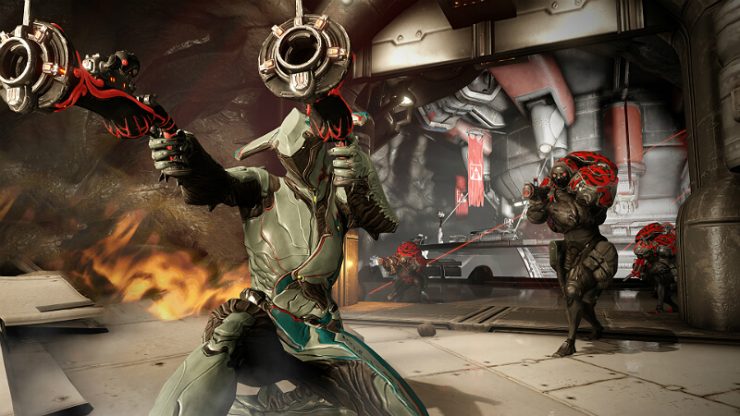 Before we begin, I’d like to put up first that I have introduced close to 8 people to Warframe in the past few months. I have been trying to notice, what has been the moments that were killing their new player experience. The “winning” moment (by far) has been a realization, that a new warframe takes at least 3,5 day to build.

I’d like to propose a change – the time needed for creating new warframes should start lower, and then gradually increase. I dont fully understand why is the warframe creation gated by such a huge time (aside from platinum rushes), but I understand that it is going to stay – It would have been changed long time ago, if it wasn’t so.

However, there is new player experience to consider and that shouldn’t be paywalled. Yes, for a new player, it feels like a paywall. The waiting times smell of freemium games. Ofc, for us, more experienced players, the waiting times are nothing – we either have the plat, or we simply have so many other warframes to use that it doesn’t bother us as much.

My idea is open to criticism, however, the rough idea is this:

Second warframe shouldn’t take more than a day to finish. If you are trying a free to play game, your first week as a new player is crucial – if you feel like you have to wait for something in those days, often pause And stop playing, which leads to players dropping the game. For that reason, I’d put the times at 12 hours for parts and 12 hours for assembling the Warframe. The times would increase with the new created warframes – 3rd one would take 12 hours + day and 4th 12 hours + 2days. After that, we would be on the same timegating as before.

Final thoughts – weapons at least have a fodder of directly bought alternatives (that You don’t need to Craft and cost only credits), So the issue is smaller there. And again, if you want to squeeze players for plat somewhere, new player experience is a bad place.

TLDR: for the sake of new player experience, the Warframe crafting should be lowered for the first few frames, with the time increasing with every new one made.

GTAmes
Troubles with the Stalker? Get yourself Shadow Stalker! – Warframe