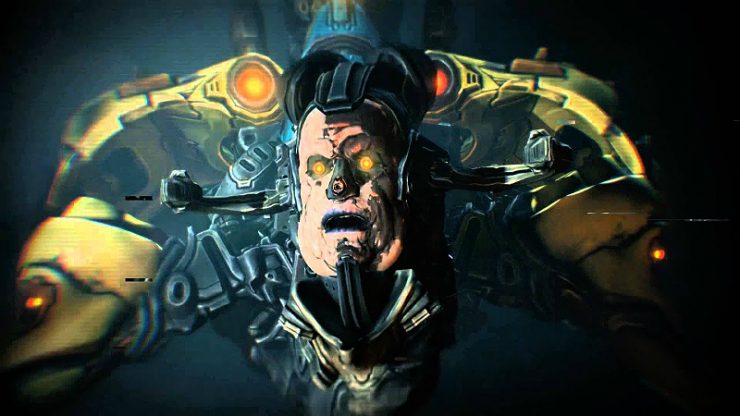 A build for Hek made to mow down entire squads of enemies down in a few shots.

”The Hek is a powerful shotgun that fires its shots with a tight spread, making it efficient at medium range as long as its strong recoil is properly managed.” – ingame description of the Hek.

The hek is a shotgun by grineer design and is also used on Councilor Vay Hek on the right arm of his battleframe. And is also used by a member of the Gustrag Three named Vem Tabook.

The Hek is one of the highest hitting shotguns ingame and has a smaller cone (thus less spread) then other shotguns, the only downside is it has only 4 shells each mag and takes some time to reload. 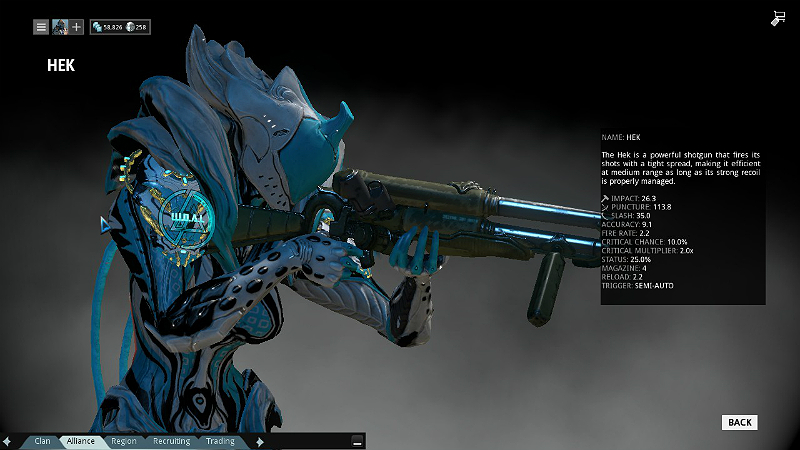 The Hek takes 24hours to craft and requires the following materials:

You can find the blueprint in the market for 25.000 credits.

Or you can buy the weapon instantly for 225 platinum.

It doesn’t have a base polarity. 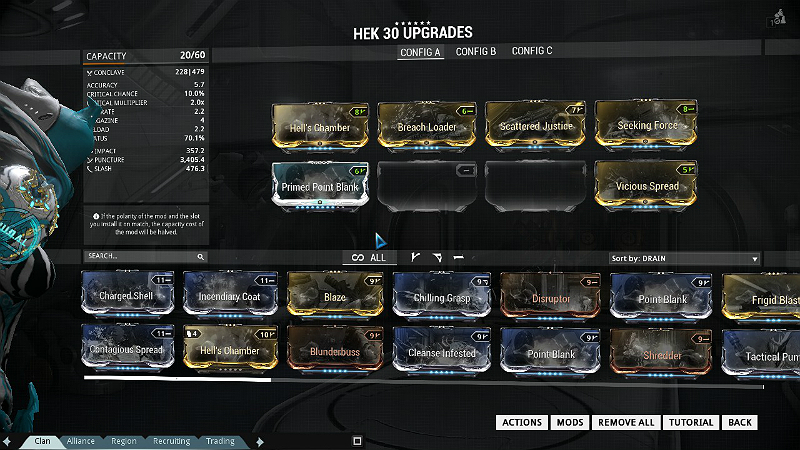 The 2 empty slots are for elements who switch according to the faction you’re fighting.

Seeking force: Adds 2.1 punch through, so bullets penetrate targets and makes you hit other targets behind them. VERY useful when there are alot of enemies in a small hallway all piled up on each other, then you just charge in with your Hek and shoot a few times. 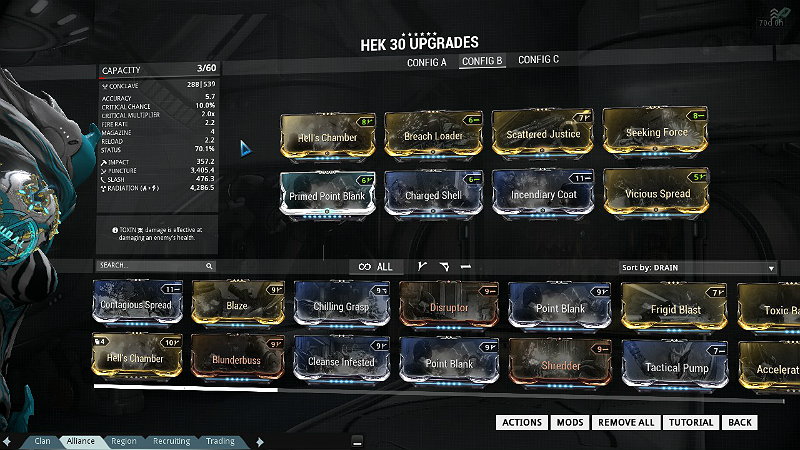 Add the following elements to the basic build:

Fire + electric: creates radiation which increases by 75% to bombards and napalms. 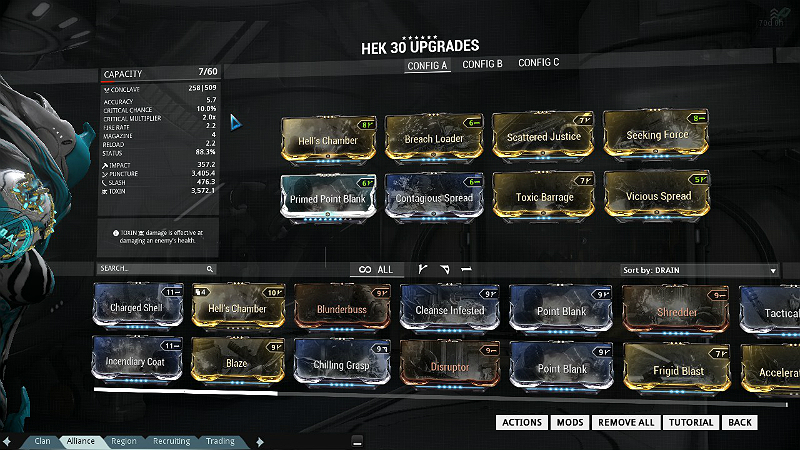 Then add the following element:

Toxin: Ignores shields and directly damages hp, making it highly effective against corpus, since they have high shields and low hp. 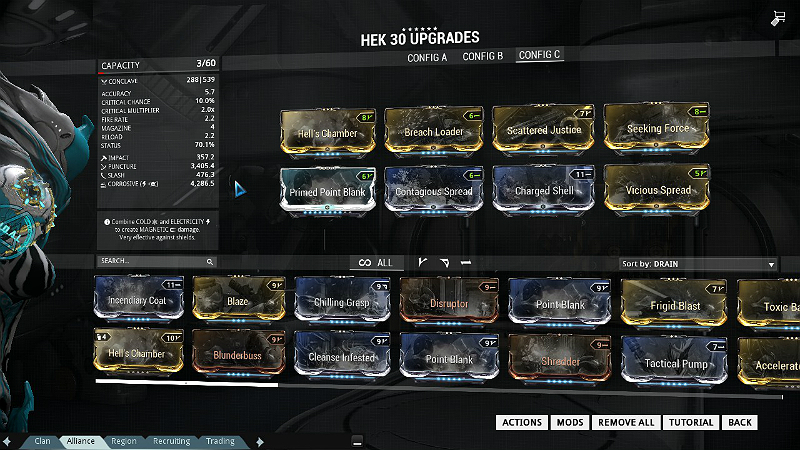 Add the following elements for infested:

Electric + toxin: creates corrosive, gives and 75% damage boost to any ancient infested which is the strongest enemy in the infested faction. 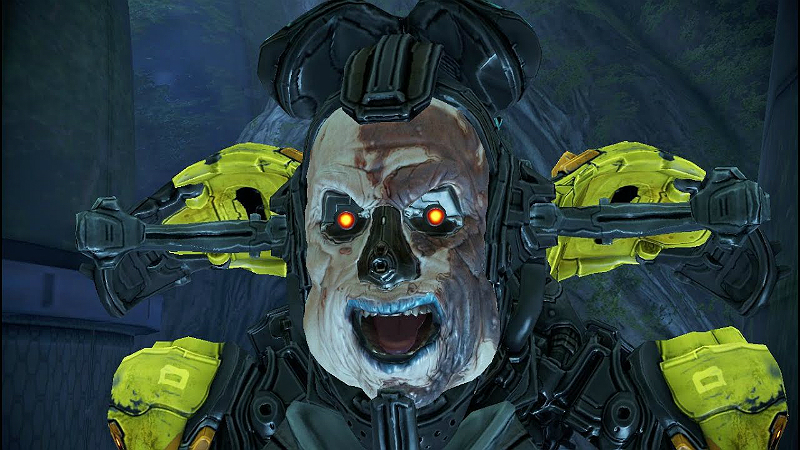 Because of the new enemies that have been added to void it’s really up to you which element you wanna use. Use corrosive (infested build) if you’re having a hard time killing the heavy gunners and ancient healers. Or use radiation if you’re struggling with the bombards and MOA’s (Grineer build). Personally, I use radiation in void, I am having a hard time fighting dem bombards!!!