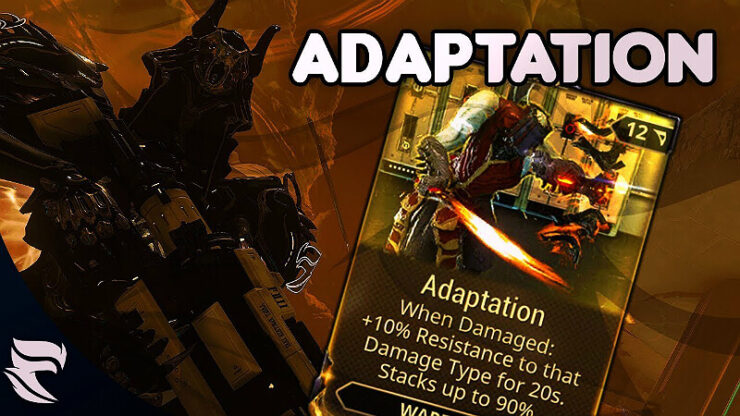 I’ve been trying to make my Nidus more tanky, and something that seemed would work extremely well for that on paper was Adaptation.

I have his health well over 1000 with Vitality, and I opted not to give him more armor, since even doubling it would only grant 15% more damage reduction.

Now here’s the thing; in theory, 90% damage reduction should make him nigh-immortal between his max health and health regeneration.

But I’ve been testing Adaptation in the simulacrum against level 100 Lancers, among other enemy types, and the results are shocking.

I go in without Adaptation, put up Parasitic Link, and stay alive effortlessly.

I seem to die just as quickly with or without Adaptation.

My 90% Adaptation alone SHOULD be equal to my 90% Parasitic Link alone, but the difference is night and day.

I even tried stepping in laser traps, and they seem to do about the same damage with or without the 90% reduction.

I’ve tested it quite a bit, and it seems to do almost literally nothing to keep me alive.

At first I thought it might be broken and not working, so I started looking into it online. Some people say it’s overpowered (probably without actually using it), and others say it’s wildly overrated. No one seemed to confirm the severe level of uselessness I’ve been seeing, though.

After looking deeper, one person said that most enemies deal multiple types of damage with each hit, and that Adaptation only ever tries to affect the single highest type dealt.

The Wiki doesn’t seem to list damage dealt by enemies, so this is hard to confirm.

In theory, I’d still expect it to at least reduce damage by half if this were the case, but as I said the damage reduction seems to be negligible, if it exists at all.

Does anyone know what is going on with this mod? Is it even worth using? 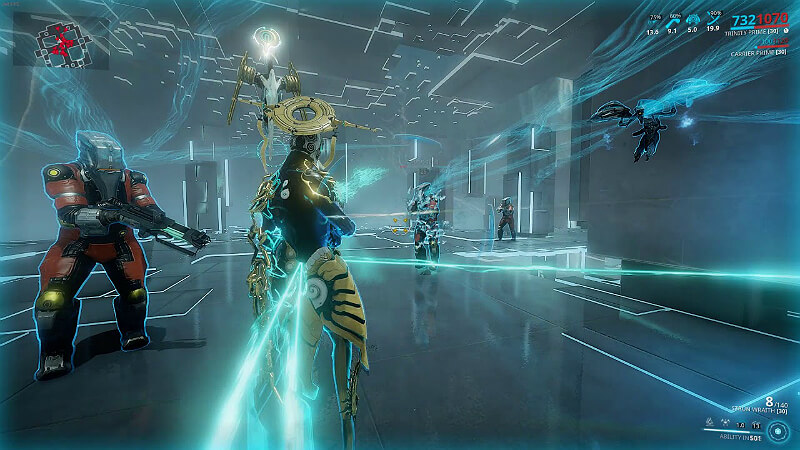 In practice it varies in consistency, obviously, but it has absolutely boosted my survivability more times than not. Of course, it is not a best in slot kind of mod; it’s best suited for the tanks and those that can reduce damage taken, temporarily nullify it while still being able to “take hits” and those that can sustain health/shields in some manner.

The issue with Adaptation is not the inherent flaws it has, such as not always adapting to some types of damage despite being present. It’s the bugs that hold it back. The Simulacrum, in particular, is the easiest offender but it occurs in normal play as well. Sometimes it just plain does not work. When it does work it is very noticeable. For example, I have done a lot of tests with Adaptation and Lightning Rod against Electric Crawlers, and when it works like it should I always take 0 damage from them. Sometimes, for whatever reason, it spontaneously breaks and stops working. The latter behavior occurs mainly when I switch builds in the Arsenal and is the consistent case for Toxin damage via Mutalist Osprey, for example, but I only replicated the absolute damage immunity a few times. Sometimes leaving the Simulacrum doesn’t even work to fix the mods breaking.

DE needs to fix the code with the Simulacrum and most mods in general so they don’t break when you try to test them. It’s really stupid. 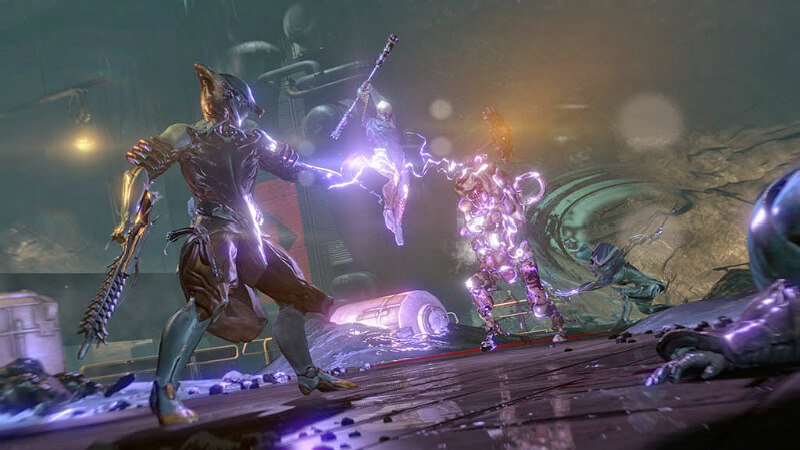 Well, I’ve been able to confirm one part of the issue; it does work as that person said, only affecting the single highest damage type. And some enemies can deal at least 3 types.

It was easiest to notice against the Lancers when I started paying closer attention to this particular problem. I only build Impact resistance against them, but they occasionally proc slashing and piercing status against me, which means they’re dealing a fair amount of that type as well. The Wiki says they use Grakatas, and this would line up with that.

Also important is that Adaptation doesn’t work against status damage. Taking a Slashing status did not cause me to build Slashing resistance from the status itself.

This means that against those Lancers as an example, it could actually be capping out around 36% damage reduction only against direct hits (Grakata is only 40% Impact), and doing NOTHING to protect against the Slash procs. And those are just the problems I’m aware of.

I’m getting the impression that Adaptation is just littered with holes, and does not work as one would expect.