The Flaws of the Lotus – Warframe 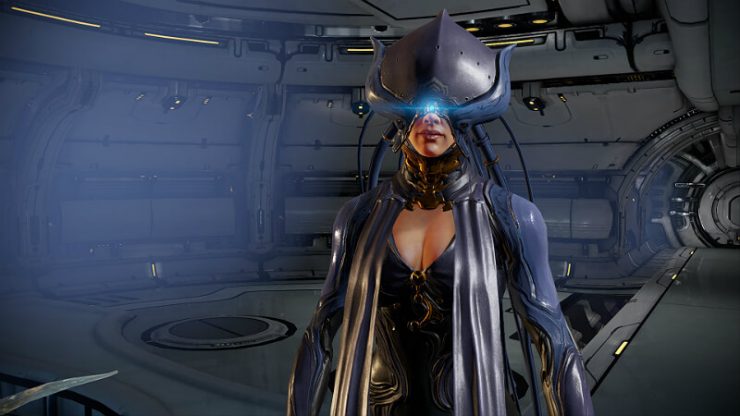 SPOILERS up to CHIMERA PROLOGUE

The story of Warframe – the story told through the main cinematic quests, mainly so far The Second Dream, The War Within, and The Sacrifice – is a coming of age story.

Before the Second Dream, the Tenno is a child – all that they know is what they’ve been told by the Lotus, and that the world is dangerous. The Lotus does everything she can to protect them, keep them from learning even harsher truths about the cruel world they’ve been (re)born into, even if that means concealing vital, practical things that the Tenno needs to know in order to survive on their own.

In the lead-up to the Second Dream we begin to learn that the Lotus is not infallible. She has her own past that is separate from you. She was, and is a person who is more than just “Space Mom”. No matter how much she’d like to be only the Lotus, she will always have been Natah, and this will always inform her present as the Lotus, most obviously through Hunhow.

Being a Sentient, we may fall into the trap of thinking of her as a synthetic person – she is not Natah, because she might have physically removed all that was Natah from herself. But this is a trap, and the Lotus fell deep into it herself. She is not “The Lotus” as the Tenno know her, as she’d like to be, because she was once Natah. She is not “Natah” as Hunhow (and her mother) knows her, because she is now the Lotus.

The real person is “Once Natah, now Lotus”. Nobody, not even the Lotus herself, sees and accepts this. The Lotus wants to have never been Natah, and never be Natah again, but circumstances don’t allow her that luxury. The Sentients return to the Origin System, the senile remnants of their Orokin creators still linger.

They lose the certainty that is “Lotus Good, World Bad”, but gain a true sense of self – literally. Character creation begins here.

At this point, the Tenno has become a person – or, at least, has the opportunity to become a person. They can hear and consider other voices and views – the Lotus, who lied to you because she loves you; stoic, honorable Teshin, who says a lot and tells you little; the mad lad Alad V, who knows little, tells you everything, and gleefully exploits you and your kind, etc. Shadows of their childhood still linger – they may not be as perfectly safe as they were when the Reservoir was still sealed, but the Orbiter servers almost an identical purpose.

Then we enter The War Within. Others have started picking and prodding at the Tenno’s growing power – their growing personhood – with the intent of taking it for themselves. First, the Tenno is forced to learn again the lesson that the people in their life exist outside of their interaction with them. Teshin, who promised to hide nothing from you, has been hiding quite a fucking lot actually.

We can see in the opening scenes of The War Within that the Tenno has started to chafe at being called a ‘child’. They still are a child, but they no longer want to be one. Teshin warns that pursuing him has consequences.

Throughout The War Within, we see the Tenno claim agency for themselves. They repeatedly disagree with the Lotus, disobey Teshin, and set off on their own path and their own mission. They begin to crystallize what began when they woke from the dream of their childhood, intent to determine things with their own eyes and by their own hands. They discover new things all by themselves – important things that the Lotus had no idea about.

Having strayed from all support, unable to contact the people they’ve depended on until now, they encounter the Queens. They find that the Orokin, mostly an abstract concept until now, are still very real. They covet the Tenno’s personhood and want to take it for themselves.

(You could say that the Grinner Queens are, in fact, not people at all, but rather the literal rotting face of a worm-eaten system, a system that they’ve designed to exploit every conceivable resource to perpetuate itself and therefore their own existence. The Orokin Empire in its purest form, in a way.)

Heck, it even all kicks off specifically when the Tenno tries to assert themselves as an individual that’s present at the scene and should be taken seriously, thus catching the Queen’s eye again, and she proceeds to try and strip away the Tenno’s personhood for good. (In doing this, she also happens to destroy one of the last vestiges of the Tenno’s ‘childhood’ – the idea that they are functionally untouchable.)

The time has come. The Tenno must face the coil or perish. They must fully claim their own personhood and all that that entails or they must lose it forever, made even less than a child. With Teshin’s help (and the Queen in opposition – a force that the Tenno must become greater than) they see and face everything that they are and account for it. They dismantle the last big lies that still hold them. Marghulis did as much harm as she did good. You are as terrible as you are wonderful, and you have done terrible things.

The actualization of the Tenno is different from the actualization of the Lotus in one key aspect – the Tenno accepts everything that they have done. They reclaim their old power, and they wield it knowing who they were, and who they are now. (This holds true no matter what you choose when you break the mirror in the gallery – whether you fought, accepted, or embraced the Void, you still made that decision.)

The Tenno now stands as an equal with Teshin, the Lotus, and the world itself, able to choose what to do with the symbols of their struggle, what to take from it, what to leave behind.

Enter the Apostasy Prologue. In the grand moment where the Tenno can finally greet the Lotus – the true Lotus – as an equal, she falls to Ballas. The Orokin are here, again, and they’re still terrible.

Though it contains a lot of significant moments, The Sacrifice isn’t exactly a crossing of a threshold like the quests before it. Instead, The Sacrifice shows the Tenno, now able (and forced) to exist on their own, affecting the world as its equal. They discover atrocities, their role in them, the nature of many things, etc. Every convention that we’ve grown so used to is broken or bent in some way, because the world is messy. Umbra even breaks out of an entire menu and tears the Tenno right out of Transference right there in the heart of the Orbiter. They see and absorb the pain of another while remaining separate from it and, in the end, so thoroughly assert their own self that they embark on a mission with no Warframe.

Perhaps the biggest takeaway from The Sacrifice as far as the theme of self goes is when they defeat Ballas. The Tenno is able to defeat Ballas precisely because they have developed to a point where they are not their Warframe, and their Warframe is not them. Body and soul, blade and gun. We shape our tools, our tools shape us, and so on.

So, Ballas dies, and we see the Lotus again. In a way, this scene fulfills the promise set up by the Apostasy Prologue – the Tenno meets the Lotus herself in the flesh.

Follow up with the Chimera Prologue. We get to see Ballas, disfigured and suffering and mad, and listen to him rant while he spins all his grievances into the idea of a sword – the Paracesis, the Sentient Slayer. Do you know what must be done, devil?

This year, if all goes well, we might get The New War. So I wanted to speculate a bit on where it might be going, based on what we know so far.

Firstly – The Lotus has not betrayed us. We must now learn to see her as an individual, and judge her for ourselves. The Lotus is flawed. In many ways she is a creature of circumstances. She desperately wants to be what she is, and also to never have been what she was. In the same way that she tried to lose herself in her Lotus aspect before, she’s now forced to embrace her Natah aspect, and falls into the same trap as before, thinking that because she is Natah, she cannot be the Lotus.

Secondly – Ballas has never been right about anything (and is terrible). The man’s a snake. A pathetic narcissist who condemned a woman to a painful death because she didn’t fall at his feet, told himself it was society’s fault and sold out his people because of it, and now insists that he was deceived and turns to Marghulis’s legacy to fix it. He sincerely believes that he is the center of the world, and cannot grasp that other people exist outside of their interactions with him. The Lotus must be Marghulis, because that’s what he sees. When she turns out to not be Marghulis, because he killed Marghulis, he thinks it’s her fault, and because he can’t conceive that other people might think differently from him, he assumes that the Tenno thinks this way too.

When The New War arrives, the most important thing the Tenno can do is be true to themselves, accept what has happened, see things as they are, and judge things on their own merit.