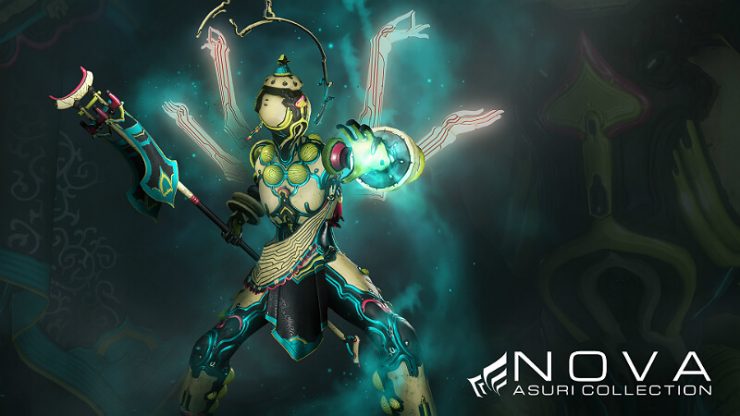 Nova is one of a kind and can do things no other Warframe can. She can slow OR speed up enemies. She can give a 2x damage buff. She can also do speed runs with her teleport ability which is especially useful on plains of eilodon and speed raids. She is also extremely useful in farming parties. 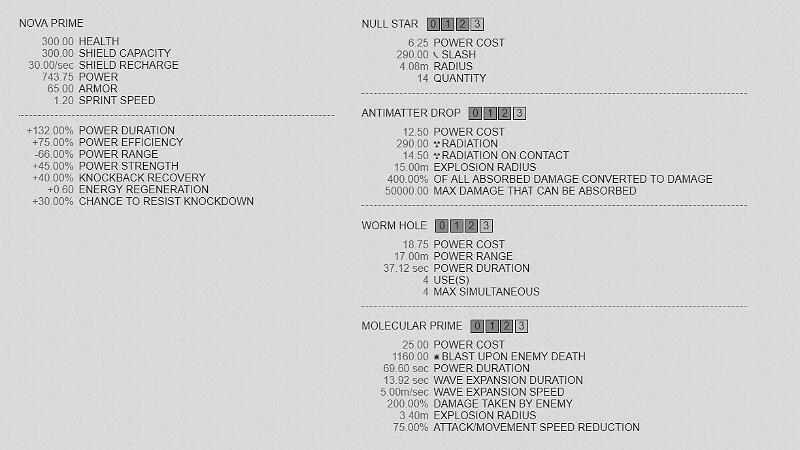 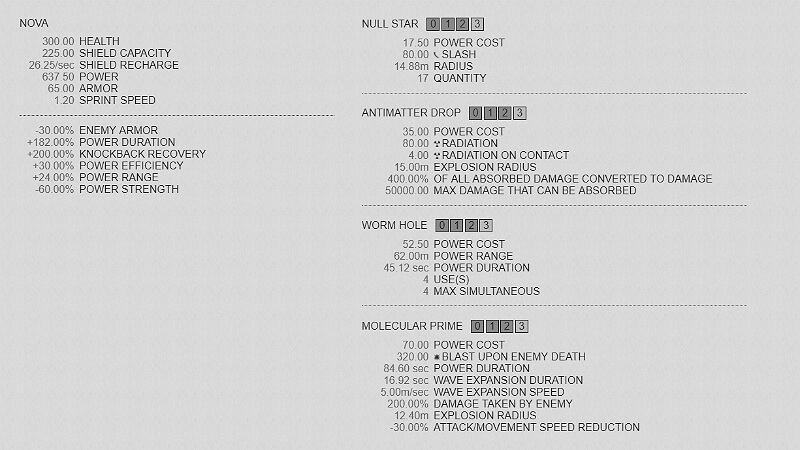 Speed nova is designed to speed up enemies for faster farming. This is especially useful for farming infested enemies since they will run toward you quickly. Their speed will be buffed by 30%. Grineer and corpus will run toward you but often times hide behind objects for cover, making speed buff less useful. However, with a disarm loki on the team, enemies will have their ranged weapons taken from them and forced to run to you to melee you. With a disarm loki, corpus and grineer will act similarly to the infested.

There are other team make ups depending on the situation and personal preference. 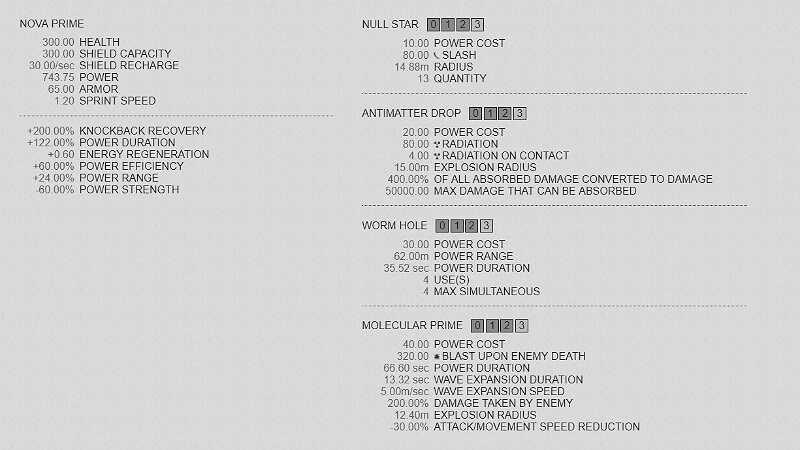 The previous build assumes that you have an EV Trinity on the team or that you have an Arcane Energize Set. If you have neither then this build may be more viable. It has better energy efficiency at the expense of a smaller range. 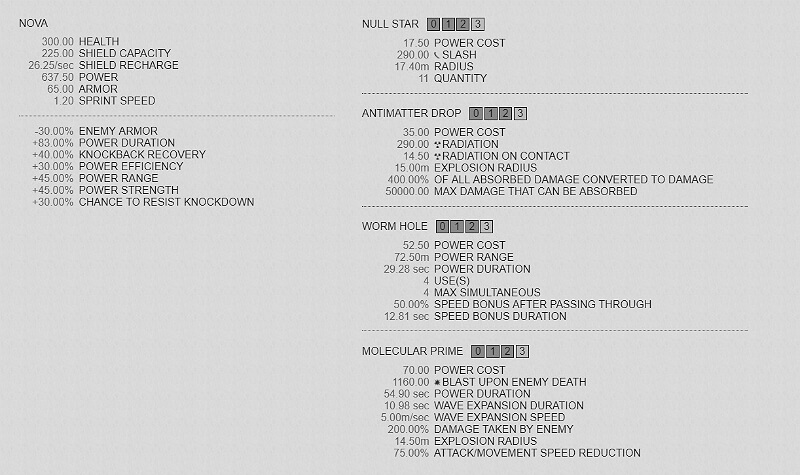 Nova’s wormholes allow teleportation up to 4 times each. Nova can set 4 different portals at a time. Therefor, it would be smart to set portals in pairs so that the whole team can teleport to speed up runs. After players are teleported, they will receive a temporary speed boost from the augment “escape velocity.” Nova can also provide some defensive support from molecular prime. 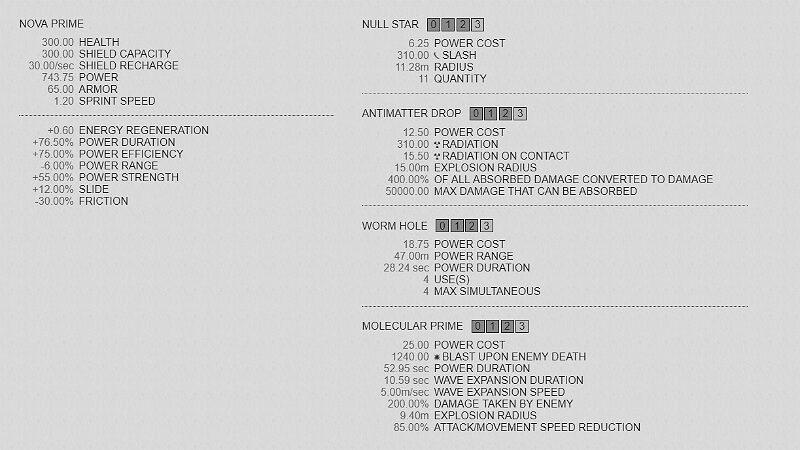 Molecular Prime will expand out to 55 meters which is still a respectable distance. 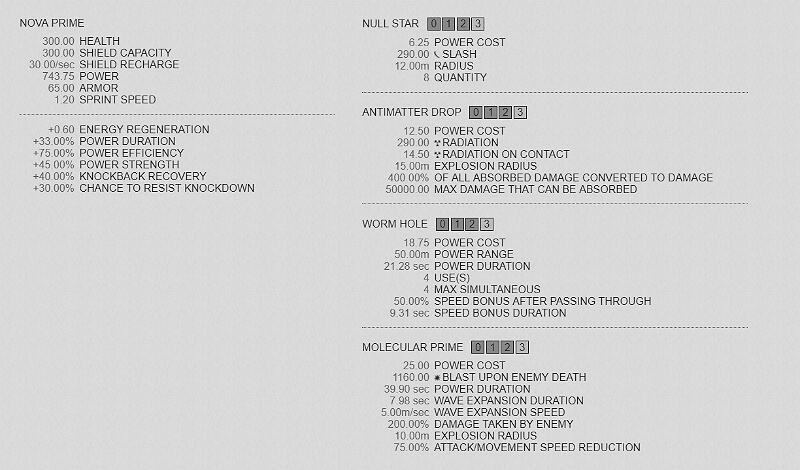 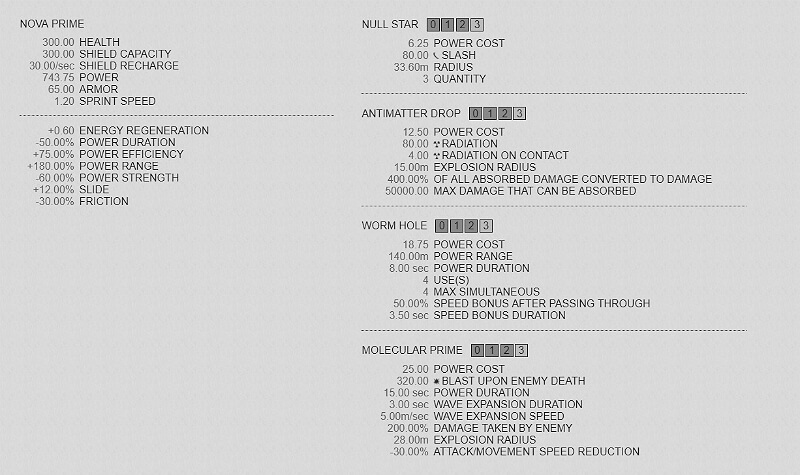 Worm hole will teleport players a whole 140 meters. The drawback to this build is molecular prime is practically useless.

Antimatter Drop launches a contained particle of antimatter that will detonate upon collision. Anti-matter drop isn’t influenced much by builds, so this ability will be available with any build and remain effective. Antimatter Drop is a small slow traveling sphere.

In order to maximize its damage, it needs to absorb damage. When the antimatter drop is full, it will look like this.

You want to pick a weapon that will easily and quickly fill the anti-matter drop. The Tigris Prime is the perfect weapon for the job as it will do it in 1 shot. There are other options, but be mindful that critical damage does not count. Therefor try to choose a weapon that does high status damage.

Here is the build for Tigris Prime.

Since antimatter drop travels so slowly, I recommend using it only short to mid-range. I like to detonate it using the floor, wall, or nearby object.

Arcanes are rewarded from Teralysts. A complete set is 10 of each.

Arcane energize gives a 40% chance for an energy orb to give 125 energy versus the normal 25. This arcane set is a no-brainer for any casting type warframes. This will also help in survivability since a nice pool of energy will more likely be available to proc quick thinking.

Any of the offensive arcanes 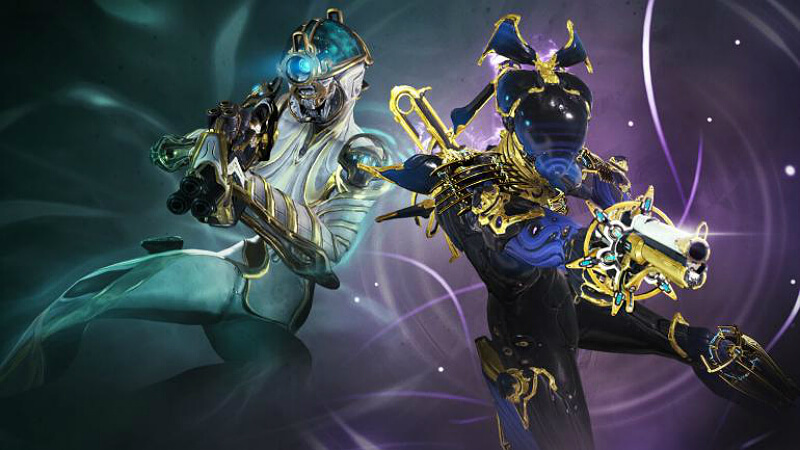