Guide: How to correctly run The Index – Warframe 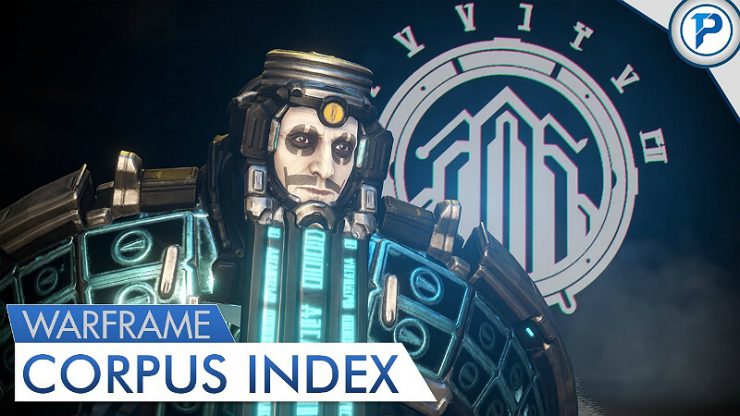 Disclaimer and a word to our new players

This guide is for unorganized public runs. Organized runs can use a various amount of other strategies to quickly and successfully complete index rounds, even in under 200 seconds. But if you’re just after understanding the basics then this guide here is for you.

Dear new player with limited ressources, don’t be afraid of any meta or of not being good enough. Rhino, a warframe you can acquire fairly early, and the Hek shotgun which can be build at master level 4 are two perfectly strong and viable choices to efficiently run the index. Rhino can also be considered as the best warframe for index, but more about that below.

In addition to that, people will always be happy to have ANY human player in the index, because empty spots get filled with specters which have terrible, terrible AI. No matter how little you know or how “bad” you think you are, you are better than any AI and people WILL be glad to have you in their game and not another specter (but listen to their advice).

Welcome to the Index 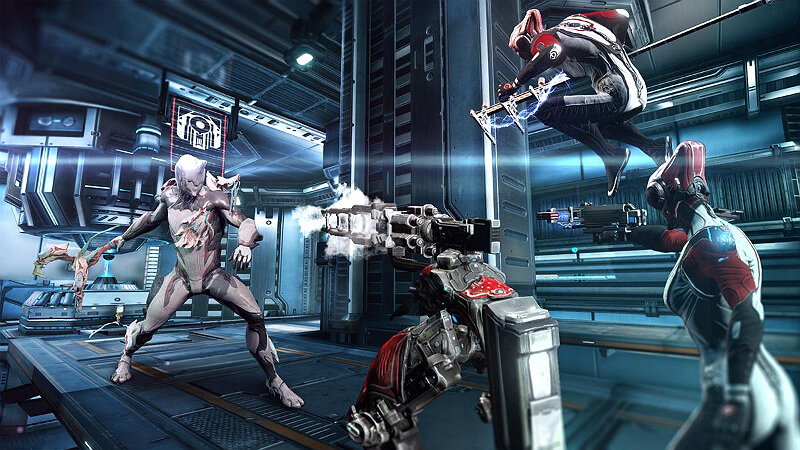 So you’ve unlocked the famous index node and heard that there is money to be made, which is correct. You hop in and have no idea what’s going on. You try your best to score some points but the other guys start yelling at you. You don’t understand what you’re doing wrong. The rounds ends after 600 seconds and the squad is sarcastically thanking you for being worse than a bot.

Now, why is that? What did you do wrong?

Don’t try to make sense of it 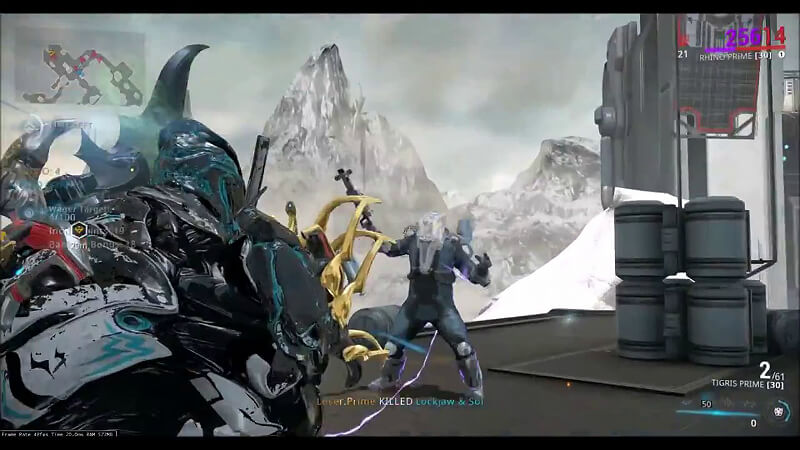 First of all, the Index is a minigame that DE designed and pretty much forgot about/ignored it for the time being, which is why it is very weird and not really fine tuned. However, it’s the best credit farm in the game so we have to arrange with that.

The goal is not to score as many points as possible. No, the goal is to end the match as quickly as possible without losing. The way to do that is very weird at best.

How the Index works 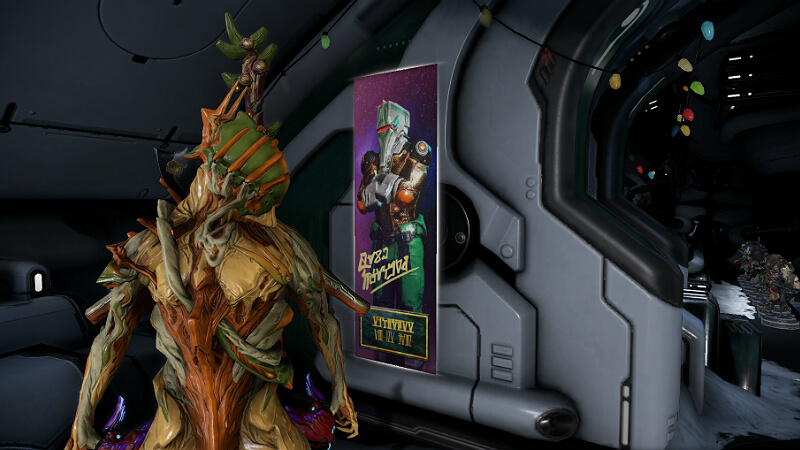 Play public or try to find a squad! See at the bottom “Note about AI teammates” why this is important.

You kill an enemy, it drops a little coin. You pick it up and it floats around you. You notice the more coins you carry, the more maximum health you lose, up to a point when basically everything will oneshot you. You will also lose energy in medium and high risk index, again the more points you carry the faster your energy loss per second. You will get bonus points if you carry many coins. For example carrying 10 coins will give you +4 bonus points. This adds up to a maximum of +10 points when carrying 20 points, after that the bonus won’t increase.

You can now score those coins by walking through the marked goal, yay! However, for every point you score (and for every time the enemy gets killed), the enemy will grow stronger. At 50 points they can easily oneshot you and are very tanky.

When you die you lose the coins you carry + one “you have been killed”- coin. So if you carry 5 you will lose 6 if an enemy kills you, 5 if you somehow kill yourself. This is bad (not always, I will explain this below). The enemy can now pick up your coins and score. In return, you can kill that enemy before he can score and regain all your coins + one “I killed him”- coin. 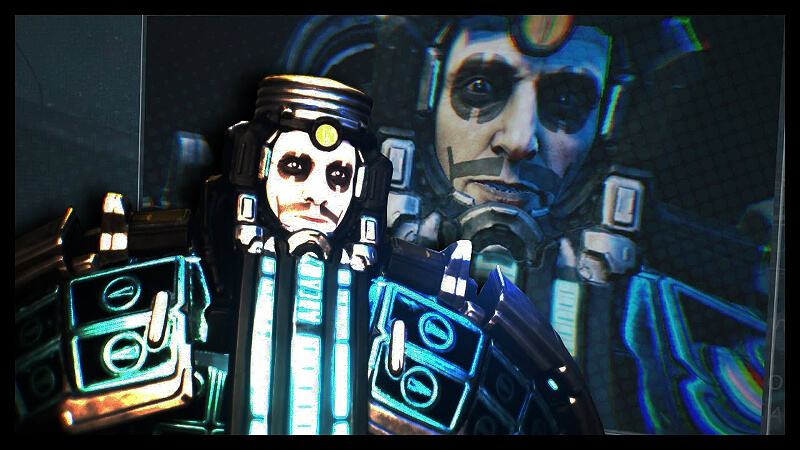 Whenever you score a coin you will gain +10 seconds for the match. Scoring 10 coins will then give you 100 more seconds (the bonus points don’t add time).

However, this can be abused.

How to quickly end the match (a.k.a. the killing yourself part) 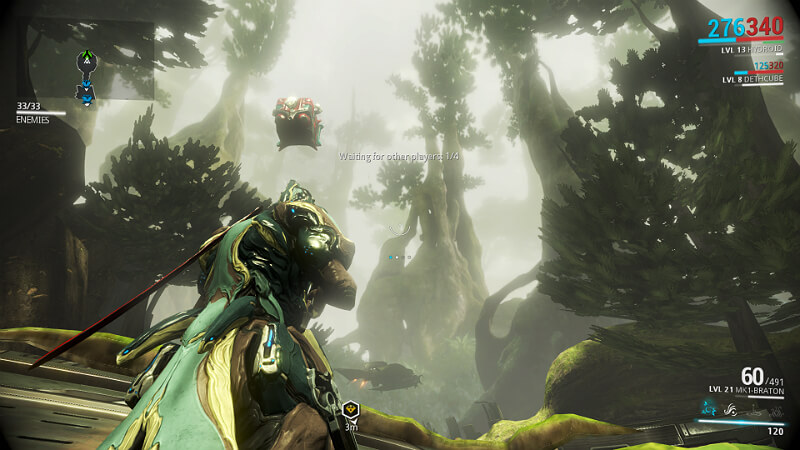 Quite literally, the best way to play is to die. After your reached your goal, be it 25, 50 or 100 points (low, medium, high risk respectively), you basically won. Scoring more points will not give you more money but it will prolong the match. And we don’t want that. Not at all. Why have a 600 seconds match when it could be 300 seconds? There is nothing to be gained from a longer match.

This is why after reaching the 25/50/100 goal points we will do the following: We collect some coins, like 10 or so, then go to the enemy goal (where they score, not where you score) and try our best to either kill ourselves with a self damage weapon or have the enemy kill us and let them score. However, killing yourself with a self damage weapon will not generate a point for the enemy and only drop the points you currently carry.

Remember #4. You will lose 10 seconds for every point the enemy scores. By gifting them 10 points you will shorten the match by 100 seconds! This is great! Also, don’t fear losing the match. After your reached you goal of, let’s say 50 points, the timer will most likely be at 350 seconds or so. Now even if the enemy scored 35 points at once, the score will be 50/35, the timer will be at 0 and you won. The only way to lose would be to let them score like 20 points, the timer being at 150 seconds then, and then letting them score another 35 points, the timer reaching 0 and the score being 50/55. But this will never happen.

Which warframes and weapons to play 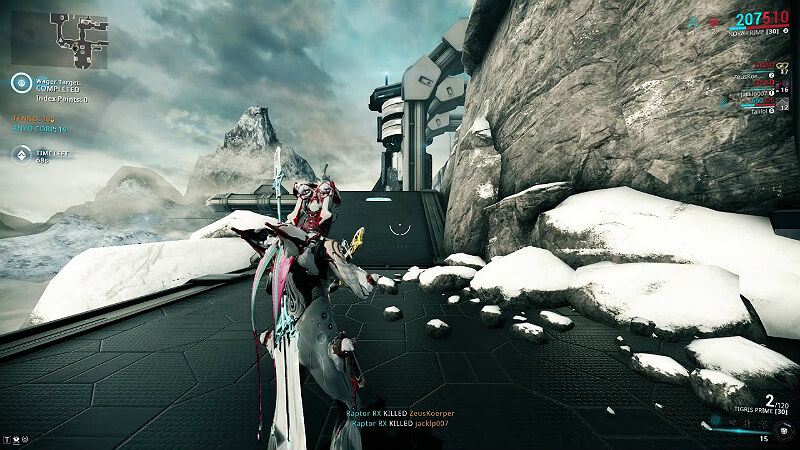 The overall best warframe for index is rhino. He doesn’t care when his health reaches low values because of iron skin. One iron skin cast at the start of the match will often last the whole match if you don’t face tank everything. He also doesn’t care about the energy loss as you don’t need to cast anything after the initial iron skin. This makes rhino able to abuse the bonus coins by holding as many points as he wants, even 30 or 40 at once without risk of dying (unless you jump of the ledge or get nullified by that one dude on roller skates which takes your iron skin off, I hate that guy). This has two advantages: First, you get bonus coins. Second, the enemy level stays low because you don’t score.

After that mesa works decently well because she can instakill basically everything all the time, but has moments when her 3 is down and then she can easily die.

Ash can oneshot everything as well with fatal teleport and covert lethality, but risks getting oneshot by a stray bullet.

Atlas can apparently wall of the enemies goal so they never can score a single point. But refrain from doing this in the last phase (#5).

There are other viable choices (even moreso in organized groups like speed nova) but remember: The more points you carry, the faster your energy loss rate. A frame with many points will not be able to cast many skills, so consider this when picking a frame. It’s also not advised to pick a supportive frame like nova in unorganized groups, as you may get matched with players who don’t know what to do and nova isn’t the best at collecting points and surviving

For weapons, a tigris prime modded for viral+radiation works wonder. Any onehit killing gun works in the index decently well. A good hek will do the job. Refrain from using fast firing weapons or melee.

Why do we want to hold onto many points before the turn in? 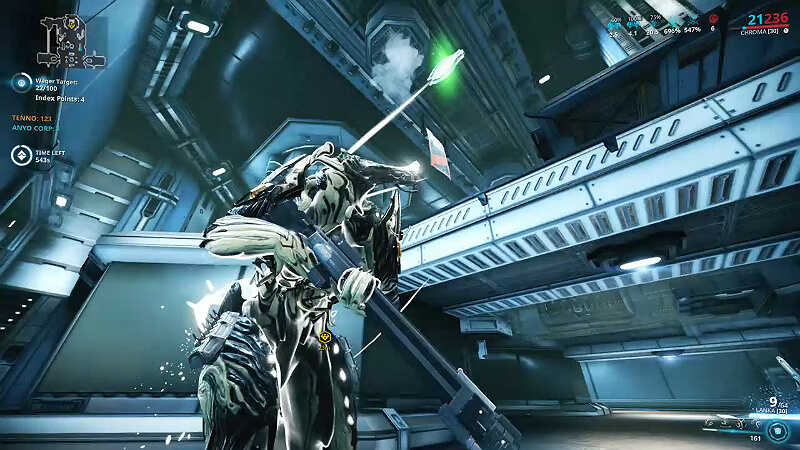 Another reason why rhino is great for index (not because he is very smart, but because RHINO STRONK).

Everything summarized in a theoretical medium Index run 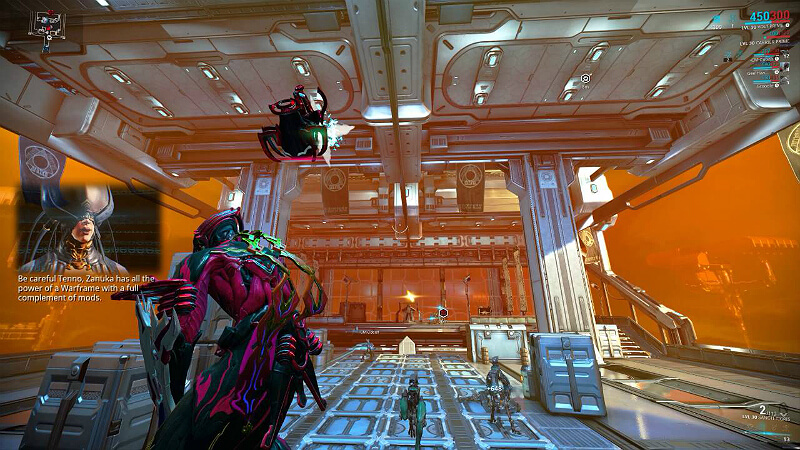 Pick rhino, equip tigris prime. Pick index, medium has the best time/credit ratio. The match starts, you immediately go to one of the energy orbs (and/or use spoiler mode energizing dash). You wait for the orb to spawn and cast iron skin.

You search for enemies and kill them. You pick up their coins. 1,2,5,10. You have many coins loaded up now. You check the timer, it’s at 50 seconds. If the enemy scores now you risk losing the match. You turn in your points. It’s 14/0. The timer jumped back up to 150 seconds. The enemy grew stronger because you scored. You laugh in tigris prime and oneshot them anyways.

You kill and score, kill and score. Done. You scored 50 points. You keep killing and collect 15 coins quickly. You go to the enemy goal. You press 2 to deactivate iron skin because you are smart and equipped iron shrapnel beforehand. You tell your team to come to the enemy goal to not draw the enemy agro away. They come and afk at the goal. The enemy kills you and scores 16 points. The timer is at 100 seconds. You do this again. The timer reaches 0, the score is 50/26.

A quick note about organized runs 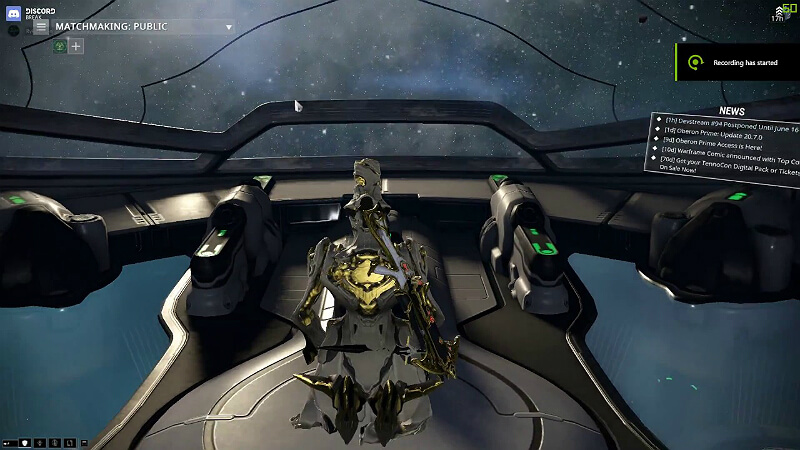 In an organized run you will stick together to not devide the enemy agro and have them walk to one place. This makes it easier and faster to kill them and to pick up the coins. Only one frame picks up the coins to benefit from the bonus points, which usually is rhino. Mesa (buffed by rhino) should be the one killing all enemies and speed nova makes them come to you faster. I am not sure if switch teleport works on the enemies, but if it does I imagine a loki would be a great addition to force the enemies to turn in their points at the end.

Another quick note about AI squadmates 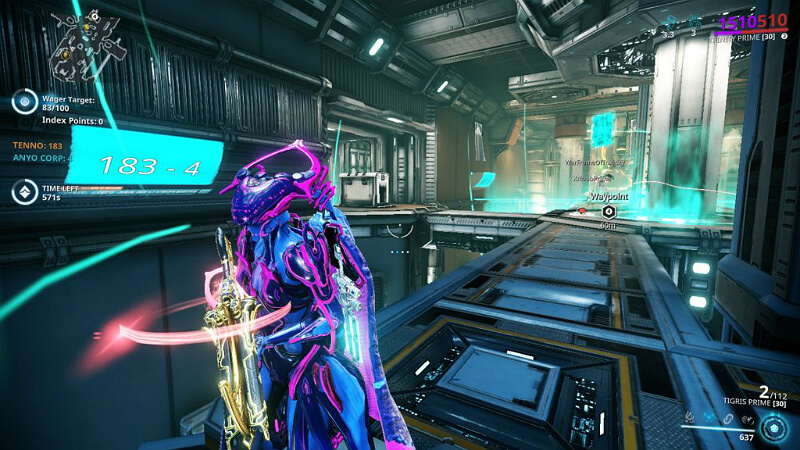 No seriously, you’d be better off without those guys. They are horrible. They unexpectedly die and can either cost you the match or keep scoring, and scoring, and scoring. They won’t stop, ever. They can easily drag a medium risk round to 600-700 seconds, and there is nothing you can do to prevent this.

An afk teammate is more helpful than those guys.

GTAmes
How To: EXCALIBUR UMBRA – Warframe