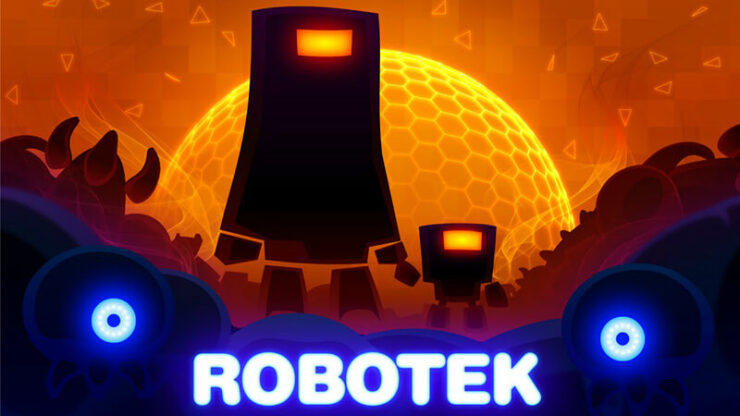 Robotek will take you to the world when all mankind has died out, and there were only robots that are divided into clans and now they are fighting among themselves for supremacy over the Earth. In this game, you will be able to create robots and fight in team battles against other metal mechanisms that will shoot current, laser or fire. Develop your fighting robots and capture new territories.

Your goal is to destroy all the robots that are supporters of evil. The developers have made sure that the player will not be bored by passing the same levels, so each level is characterized by its own continent and its own country, and it provides a detailed map to make it easier for the user to choose the level. With each successful completion of the level, the level of your character only improves, and you can improve your combat performance.

The gameplay is not too difficult, and as usual, you are on the left, and your opponent is on the right. Above the players is a slot machine, where you’ll find the choice of energy, certain weapons, protection and everything else. Alternately, you will make shots.

The reels will allow you to purchase various bonuses and improvements, which will be an undeniable advantage in the fight against the enemy. More interest is the game on the network. You will be able to test your fighting skills with worthy opponents. Throughout the game, you will play a different melody, but the tone will be similar.

More than 200 unforgettable interesting levels and 4 special skills for each robot have been prepared for you. Fight with friends and show off their robot better!