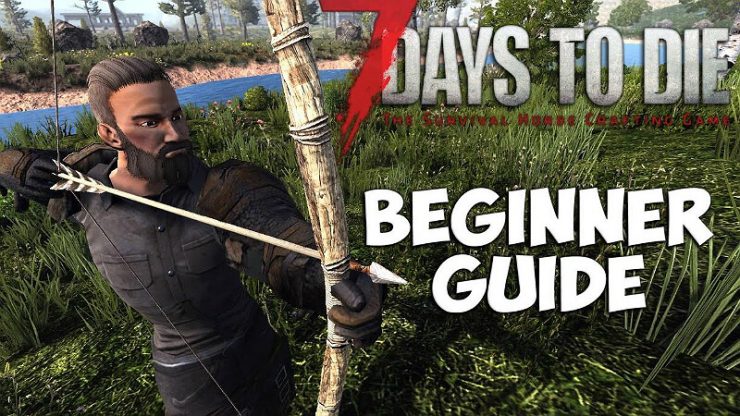 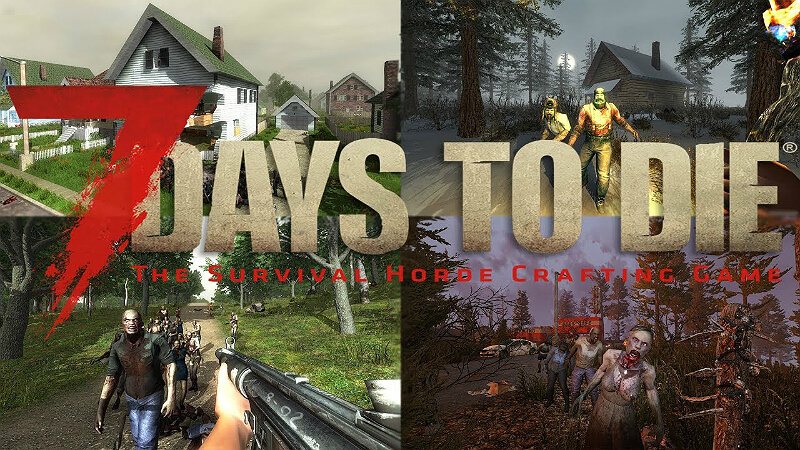 Day 1 will be one of the most important days in the entire game. Day 1 determines how you will play the game, so make sure you listen close. Day 1 is important because you are dropped in an area you are unfamiliar with (unless play on Navazgane), and using nothing but your bare hands to work from the ground up.

The first thing you want to do is to craft a stone axe, this requires some of the most basic materials:

This should take you no more than a couple of seconds, unless you land in a desert and which you will have to find dead weeds, or a tree stump.

Scavenging in 7 Days To Die is one, if not the most, important aspect of the game. As in Alpha 17, zombies do not contain loot on their body anymore, but do have a chance to drop a backpack of dropped loot which could contain anything like honey or a compound bow. Many points of interests are scattered along the map, most of these will be houses. Beware, many POI’s are booby trapped to protect what’s theirs! Don’t forget to pick up everything you can, because everything becomes useful in the apocalypse.

If you wander off far enough you will go into an area where zombies spawn (you spawn in a 1km x 1km safezone) you will need a weapon to defend yourself if zombies get too close. The most basic weapon is a simple Wooden Club, but if you spawn with a Land Claim Block, it is recommend you scrap the block, take the iron, and then make a Iron Reinforced Club.

For the first night, you should almost always stay in an abandoned house that you can fortify and work on until the 7 Day Horde, which is a fairly weak horde compared the later hordes. 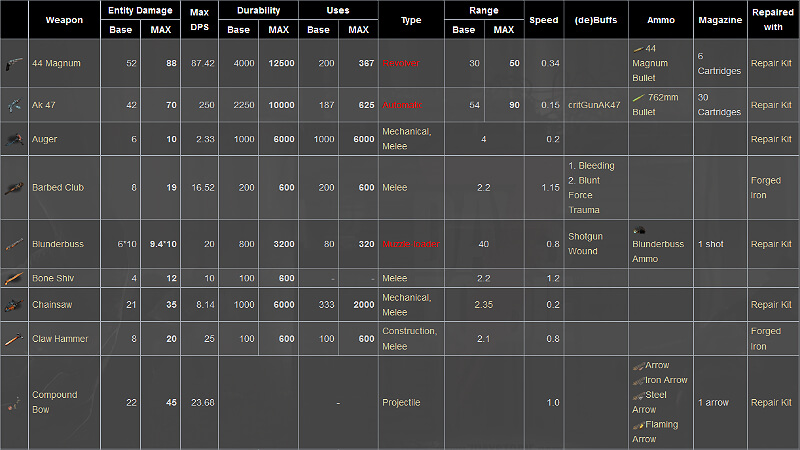 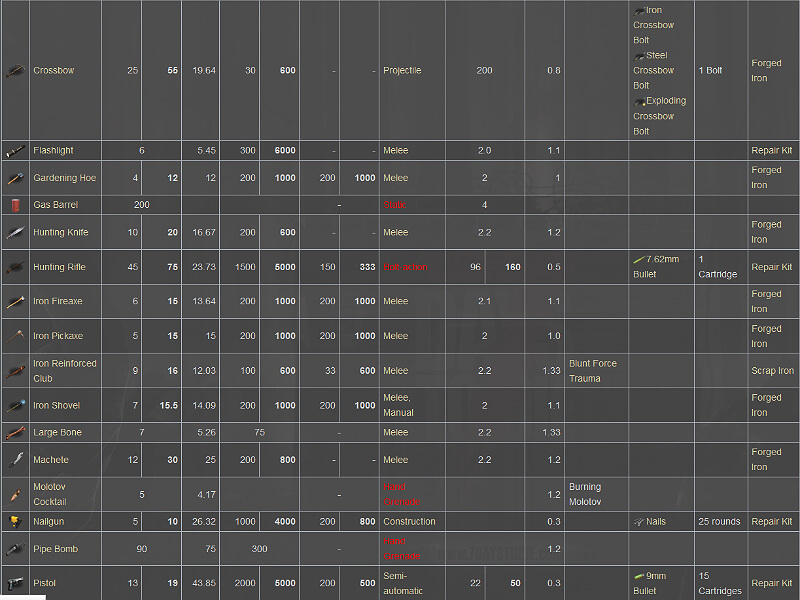 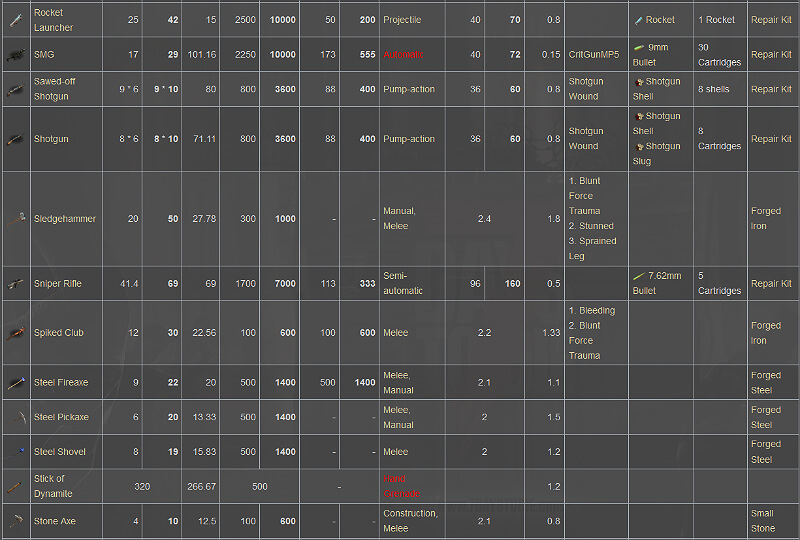 *Notice, weapons may have changed due to Alpha 17, check Wiki page if information is not found valid and leave a comment discussing the problem. 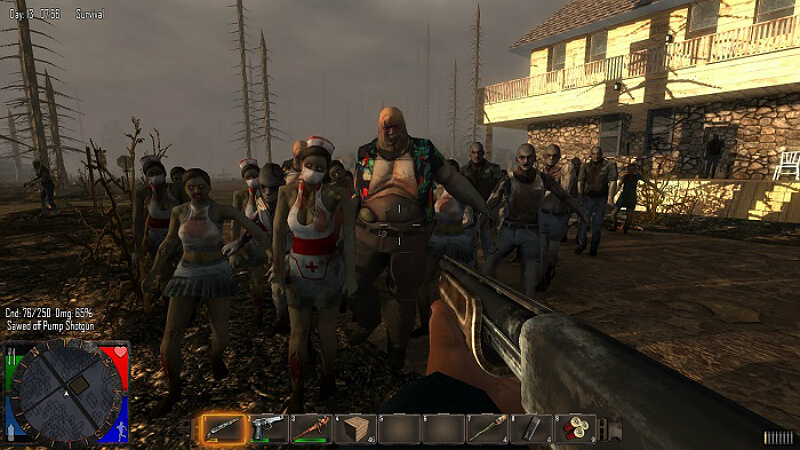 Every 7th night there is a horde that occurs during 10:00 PM (22:00) through 4:00 AM. These zombies will be able to detect you from any given location, it does not matter if you are in a concrete bunker at the very bottom of the map, they will still come for you. Intensity increases each horde up until day 21.

If you encounter a screamer zombie, they have the ability to call in a horde to back them up. These contain the same zombies as the Blood Moon Hordes (depending on what day), but they can happen at both day and night. 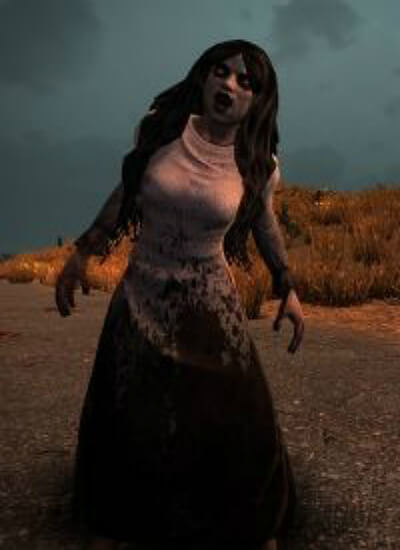 These zombies inflict more damage to the player, and have more health than regular zombies.

Each zombie has each unique abilities.

Zombies no longer run in circles anymore, so be careful! They aren’t stupid anymore!!! 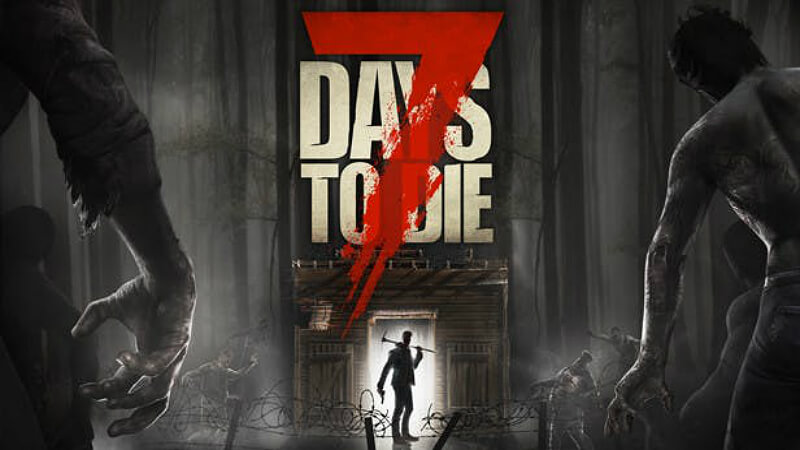 When exploring in 7DTD you might run into a few unpleasant places to be, including these 2 hellish biomes.

First we will be talking about the wasteland, a gloomy, and foggy place with an dark color pallet. You can spot the wasteland by the dead trees, greenish fog, and the abundant amount of trash and debris. Now the real problem isn’t the look but the things that lerk there, in this nightmare of a biome you will see the following: dogs, corpses(resting zombies), landmines, vultures, mutated bees(only before 1.6 update). Also in the waste land you will find a large amount of scrap iron and cinder blocks, and an assortment of destroyed buildings and cars. But it’s most important feature is the city in the middle, it contains the most valuable loot and materials, and is the hardest city you will come by, because the zombies will keep spawning even after you kill them all and has everything from cops(a vomiting zombie) to the feral zombie(an alien looking zombie that has a large pool of hp and does a larger amount of damage compared to the vanilla zombies. 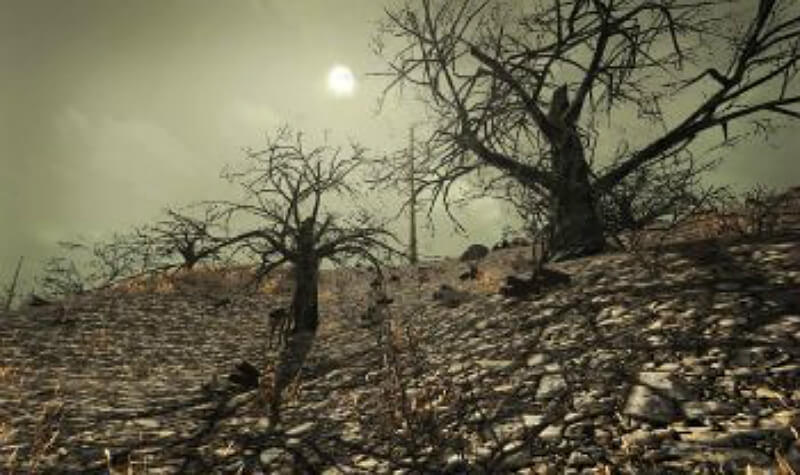 Next is the Snow Biome, one of the worst spawns for beginners. The snow biome is known for hypothermia and lumberjacks, we will start with hypothermia, there are 3 stages 1, 2, and 3.

Lumber Jacks: Lumber Jacks are the one of the most common zombie in the snow biome, they also have a whopping 450 point hp pool(3x the normal zombie). The zombie is tall and muscular (making it harder to hit headshots with melee weapons) wearing boots, jeans, overalls, a plad shirt, and a beanie. 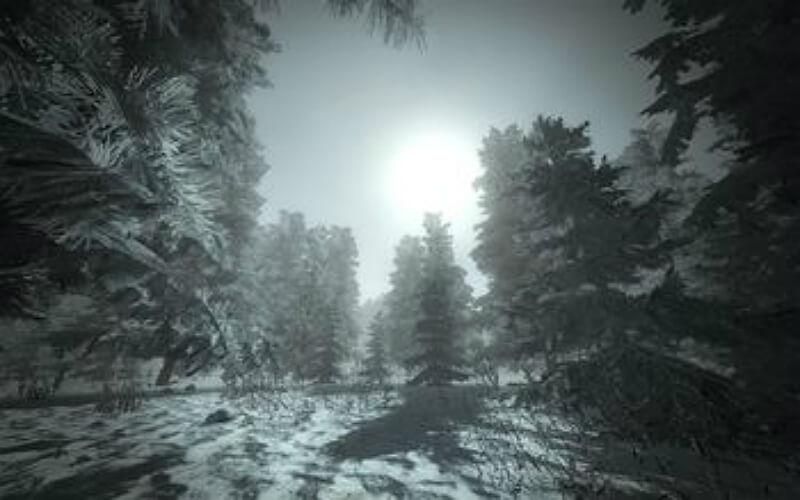 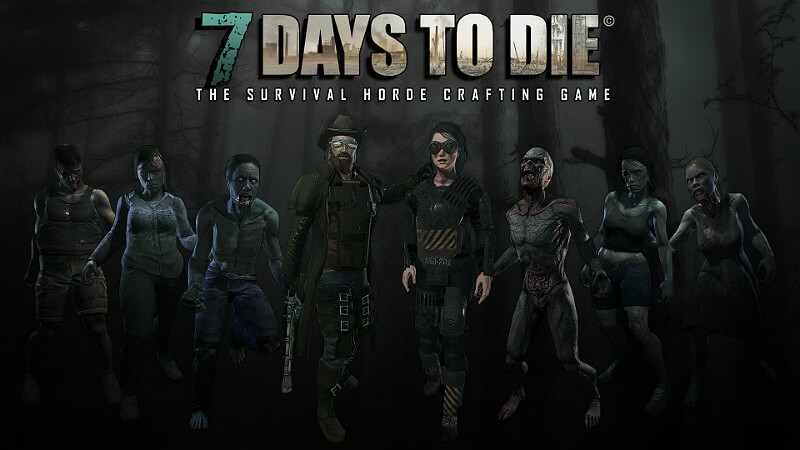 Bases are one of the main aspects of 7 Days To Die, and is one of the most important things to consider when surviving in the apocalypse.

The first thing in building a base is to make it out of the strongest thing you can get your hands on to, during very early game Flagstone is fairly easy to make and is a good defensive block at the time. The first thing you should always do after you gather your resources is to actually build up a wall around where you want, a good starting base should be around 10×10 or 13×13. Next, try to add a roof or ceiling to your main floor of the base. Make sure you have room to keep building up though, you never know when you need to retreat to the top floor of your base to get a couple of shots off from the roof.

After building your base, it will look strong but you will be proven wrong whenever a horde comes. You will need defenses for your base, these can be as simple as Wooden Spikes, to complex as Shotgun Turrets.

Worst will come to worst eventually, so make sure you have a plan. This can be a simple dirt path to a underground bunker, to just jumping on a minibike and riding the road to it’s end. 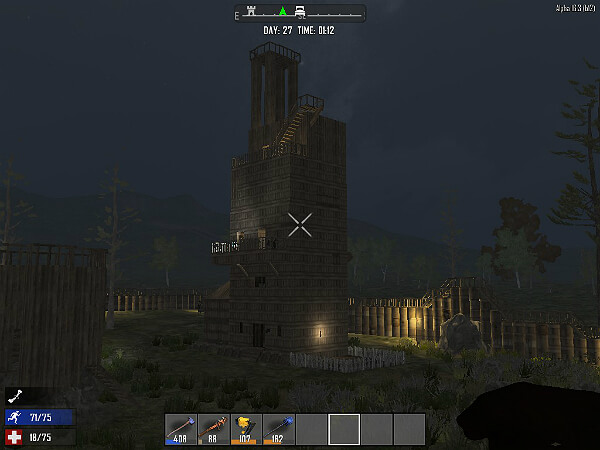 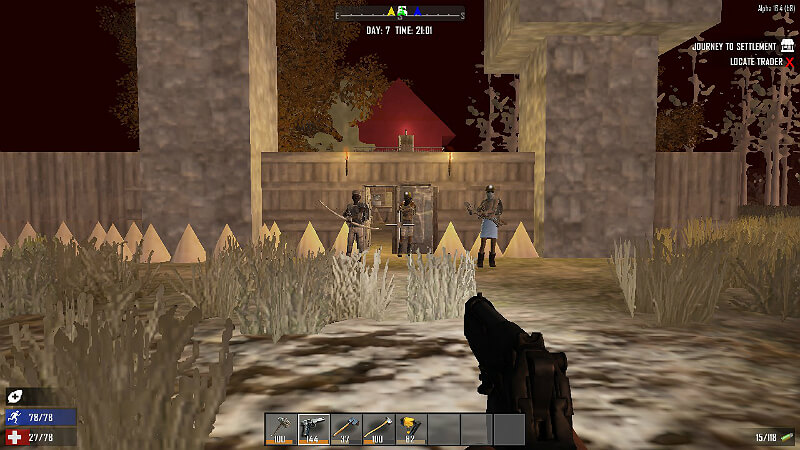 Defenses are your key way to survival in 7D2D, before every horde make sure your walls/defenses are the best you can possibly make them in your current state. If you can make turrets, make turrets. Don’t force yourself to get the best things there are if your really early, because most of the time you will die trying. 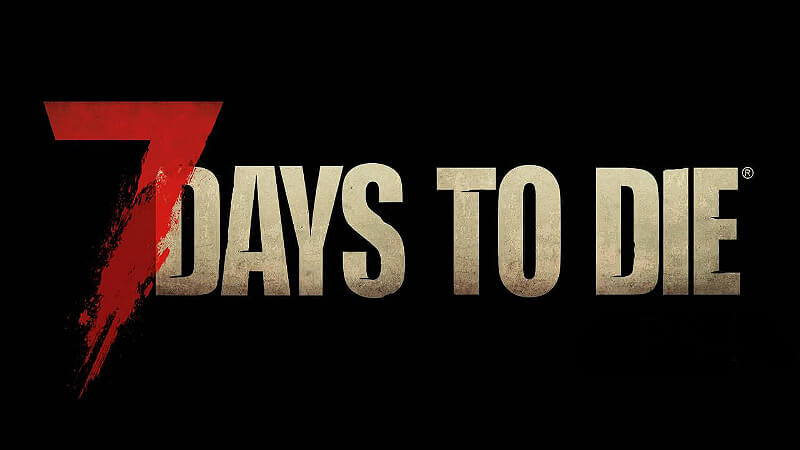 Most of this knowledge was learned after hours of gameplay with one of the best 7D2D players there is, Tobones03. We learned most of this together, and the other things we learned were from the Wikia, where you can find a lot more information there so I recommend you check that out too! We linked a lot of stuff we used to the Wikia just for more in-depth information we hade trouble providing.

Also, thanks for reading this! It is members of the community that make this game amazing, so thank you all.